Group says A Corporation Board has sole responsibility 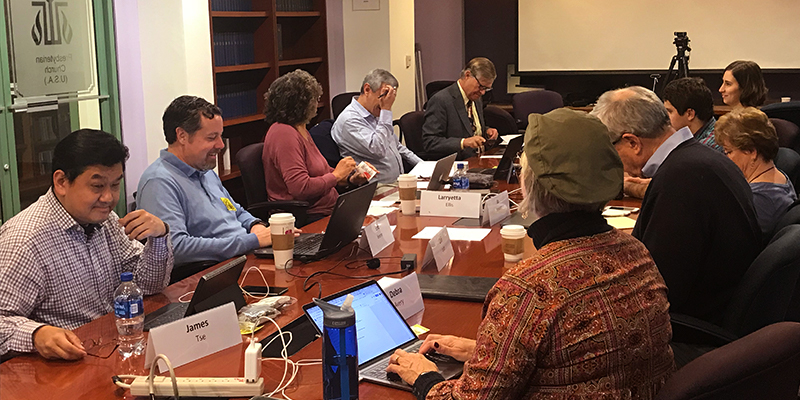 As the Presbyterian Church (U.S.A.) continues to settle into a new organizational structure at the General Assembly level, the Moving Forward Implementation Commission has taken action on who is responsible for legal matters involving the Presbyterian Church (U.S.A.), A Corporation. The commission met in closed session on Sunday night and announced on Monday that the Board of the PC(USA), A Corporation, has authority on church litigation.

The commission further voted to add an amendment to the Manual of Operations, which included:

The commission calls on the PMA Board of Directors to immediately comply with its directives.

The PMA Board is scheduled to hold a closed meeting on June 27th.