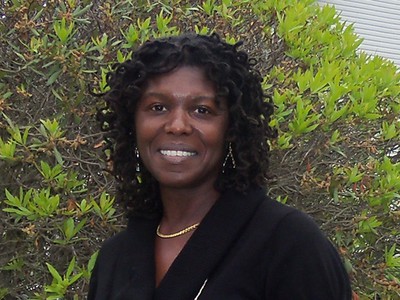 The Reverend Dr. J. Herbert Nelson, II, Stated Clerk of the General Assembly of the Presbyterian Church (U.S.A.), has named Dianna Wright as the interim director of Ecclesial and Ecumenical Ministries within the Office of the General Assembly. For the past ten years, Wright has been serving as associate presbyter with the Presbytery of Salem in Clemmons, North Carolina.

“I’ve been serving as a Christian educator for Equip in African American ministries,” she said. “Most of the work has been with congregations and helping them discern the work that God is calling them to do.”

Wright is no stranger to the OGA, having served as a member of the Committee on Ecumenical and Interreligious Relations (CEIR) for the past six years. It is her second term on the committee.

“In my conversations with the Stated Clerk about his vision for this interim period, he wants me to help to discern what this position in ecumenical relations will look like in the future and where God is calling us to go,” said Wright. “I think some of the work that I’ve been doing with congregations will help as we move forward.”

Wright fills the vacancy left with the passing of the Reverend Robina Winbush earlier this year. She says she has big shoes to fill.

“Robina was the walking history and work we’ve been doing in ecumenical relations. Her passing leaves a big hole,” she said. “What I’m holding on to is the groundwork she laid and passion for ministry.”

Wright says ecumenical staff has been trying to carry out some of the projects and committee meetings Winbush had already scheduled.

“One of the first things we’re going to do is to see what we need to complete or set it aside until we complete the discernment process,” she said. “Robina was all over the world. I am just trying to determine what the landscape looks like. We are working on a consultation that comes in September, continuing to resource the ecumenical committee as well as preparing for the 224th General Assembly (2020) next year, so there’s a lot to do.”

Nelson says he is looking forward to what Wright brings to the table.

“We are overjoyed to have Dianna join us in this interim capacity. Her commitment to this ministry, and the people we serve, will help us determine what ecumenism in the PC(USA) will look like in the 21st century,” he said. “Robina would be overjoyed to see her friend and colleague step into this role at this time.”