Home News Learning from one another

Learning from one another 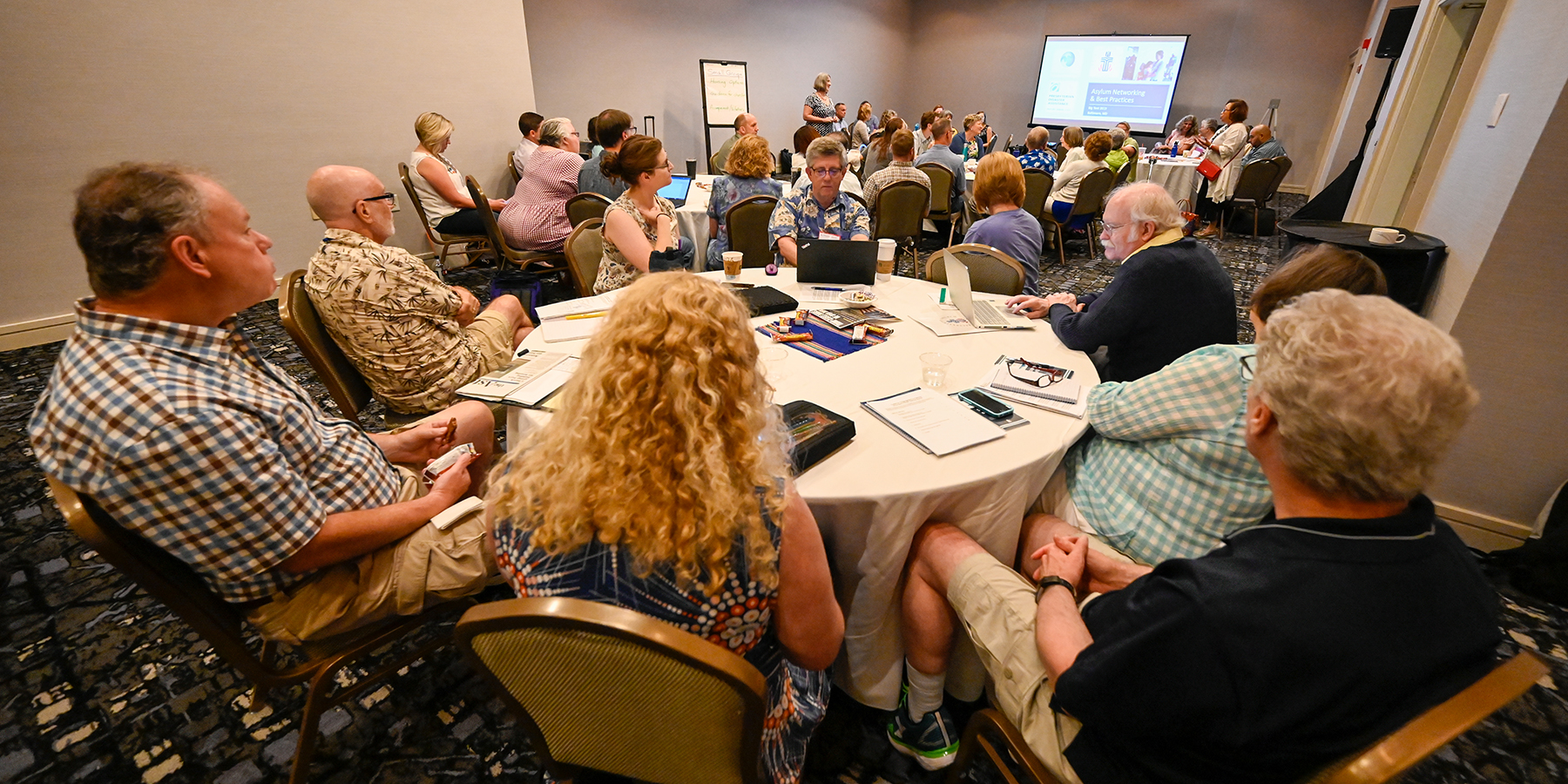 About 40 people attended a Thursday workshop sponsored by Presbyterian Disaster Assistance on asylum and immigration networking. Photo by Rich Copley

The 40 or so people attending Big Tent’s “Asylum & Immigration Networking & Best Practices” workshop Thursday morning took three hours not only to hear from the experts but to share with one another what they’re doing in their local settings to aid vulnerable people.

“This is not the time for symbolic activities,” one man told those in the group thinking about providing some kind of aid to immigrants and refugees. “Passing a resolution or putting up a peace pole may make us feel good, but we can’t be satisfied with something symbolic. Do something substantial.”

“I was trying to convince our church to be a sanctuary,” one woman said. An advocacy group advised the congregation it could be sued if it went that route, possibly putting at risk congregational financial resources, including its endowment. “I didn’t realize that,” she said.

Hide in plain sight, suggested the first speaker, who’s an attorney. “Say that your church is housing someone, and file a change of address,” he said. “That way you aren’t hiding anyone. You are just providing them housing.”

A woman from Texas said she’s heard reports of people waiting for months to cross the border at McAllen. Others are able to cross more quickly — but through bribery, she said.

“One of the reasons we fail as a country is that this process is so arbitrary,” said Susan Krehbiel, catalyst for refugees and asylum with Presbyterian Disaster Assistance, which organized Thursday’s workshop. “People with exactly the same needs can be treated very differently.” 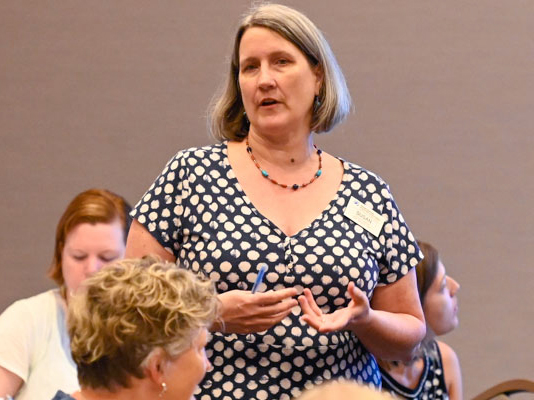 An immigrant from Indonesia said she was advised to write her U.S. senator to seek help. “I didn’t realize that as an immigrant I had access to him,” she said. Within a few weeks, she and her husband received their green cards. “That’s not the way it works in Indonesia,” she said. “It’s important to let immigrants know they have access.”

Help can also come in everyday ways, she said. When she was learning English, ordering a hamburger the way she liked it was difficult, and so church people would help her place her order. It was important to her, she said, to have “a local person who would say sugar-free doesn’t mean you get free sugar.”

“Who is my neighbor? It’s a ministry of presence,” one woman said of her church’s efforts. “It’s more about human beings reaching out to one another, and not necessarily people of authority,” such as doctors, attorneys, judges and clergy, she said.

Krehbiel said that kind of help includes practical things almost anyone can do, including helping immigrants make their court date by driving them to the courtroom. “They are scared and nervous,” she said, “and if they don’t have a license, have no way to get there.” 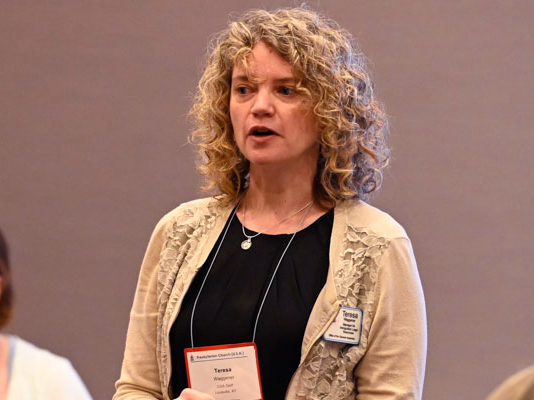 Teresa Waggener, an attorney with the Office of Immigration Issues, speaks to about 40 people attending a Big Tent workshop on asylum and immigration networking. Photo by Rich Copley

Teresa Waggener, an attorney with the Office of Immigration Issues, said congregations considering making their church a sanctuary face a difficult decision.

“The person is under benign house arrest,” she said. “It takes a powerful relationship and a whole lot of tending.” Churches considering the sanctuary option are wise to advise their insurance carrier and their attorney of their intentions, she said.

On top of the risk, national policy on how immigrants are to be dealt with changes quickly, “and it is exhausting keeping up with it,” Waggener said. She’s had the experience of changing her presentation in an airport lobby during a layover, then changing it again once she reached her destination.

Following the large discussion, participants broke up into groups organized by immigration and asylum topics including accompaniment, sanctuary, guidance for churches, and housing options. Around the tables, participants at varying levels of experience shared stories, advice and questions, occasionally with input from the staff of PDA, the Office of the General Assembly and Presbyterian Peace Fellowship.

When the groups shared highlights of their discussions, topics included engaging presbyteries and ecumenical groups to build broader coalitions, building material capacity for congregations to do accompaniment work, getting clear legal guidance on what sorts of activities are within the law and what crosses the line into harboring, and helping people focus on aid to immigrants and asylum seekers as opposed to focusing on how they came into the country.

Rich Copley of Presbyterian News Service contributed to this report.