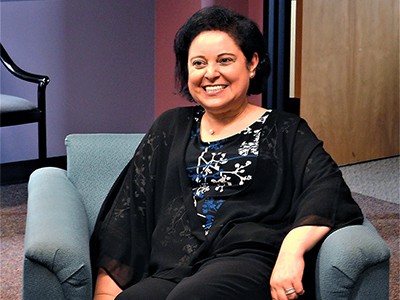 The staff of the Presbyterian Church (U.S.A.) had a special visitor last week at the national office in Louisville. The Reverend Najla Kassab, president of the World Communion of Reformed Churches (WCRC), was in town for a series of presentations at the Louisville Presbyterian Theological Seminary.

Kassab spent the week lecturing on the ordination of women and how Christians witness in the Middle East and shared some of her thoughts while visiting the Presbyterian Center. She says the face of Christianity in the region is changing.

“There is an endangered presence for Christians in the Middle East. It’s not persecution, but the number of Christians leaving has become a critical situation,” she said. “This is a concern that the church should take seriously. Five percent are staying in the Middle East now. A few years ago, that number was 20 percent according to recent studies.”

The problem in Syria is growing, according to Kassab. She says the WCRC tries to encourage Christians to stay by offering food and water.

“If they leave Syria, we cannot help them. If they come to Lebanon, it is very expense. We try to encourage them to stay. We also try to help them move to areas of the country where there is not a lot of fighting,” she said. “But young people cannot wait long. They want to study and don’t want to wait until a war is over.”

Kassab is an ordained minister in the National Evangelical Synod of Syria and Lebanon (NESSL). She received her B.A. in Christian education from the Near East School of Theology (NEST) and her Master of Divinity from Princeton Theological Seminary. In 1993, Kassab received the first preaching license offered to a woman by NESSL and is the second woman to be ordained. 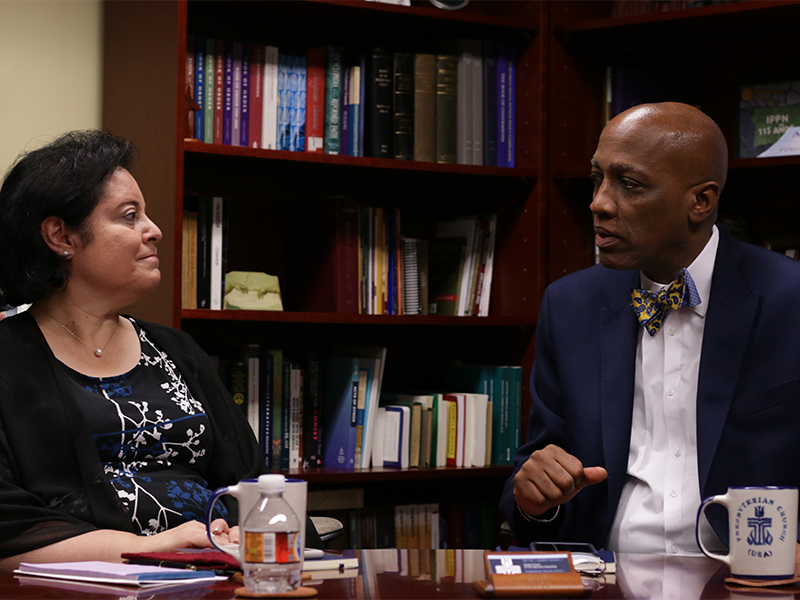 Last Friday, Kassab wrapped up her week in Louisville with a brief visit at the Presbyterian Center, where she met with the Reverend Dr. J. Herbert Nelson, II, Stated Clerk of the General Assembly of the PC(USA); the Reverend Dr. Diane Moffett, President and Executive Director of the Presbyterian Mission Agency; and Sara Lisherness, director of the mission agency’s Compassion, Peace and Justice ministry and interim director for World Mission.

During her meeting with the Stated Clerk, Kassab talked of the challenges women face as they seek to serve God in the Middle East.

“In the Middle East, the Presbyterian church was among the first to make a difference in the role of women. Now, other churches and religions are focusing on the role of women,” she said. “This is a new paradigm and we feel we are moving forward in seeking justice for women.”

For 25 years, Kassab has worked with NESSL’s women and children’s ministries, including serving as director of Christian education. She was elected to the WCRC Executive Committee during the 2010 Uniting General Council.

“This has been a wonderful journey, but the journey is still going. It’s not an act of sympathy to women, but an act of integrity of the church,” she said. “This is a step forward in reforming the church. Our goal is to have a church that is Christlike and embodies the love we talk about, a church that is enriched by all talents.”

Following her meeting with leaders, Kassab met with a group of mission agency staff for a time of open conversation around the Middle East, Cuba, women clergy and the need for a strong church presence and conversation.

“People should be able to dialogue about disagreements and sometimes change of leadership could change that. That dialogue is not happening,” she said. “We have to journey more with the churches.”

The WCRC is the largest association of Reformed churches in the world with 223 member denominations, including the PC(USA), and has a presence in 110 countries. It is considered the third largest Christian communion in the world after the Roman Catholic and Eastern Orthodox Churches. 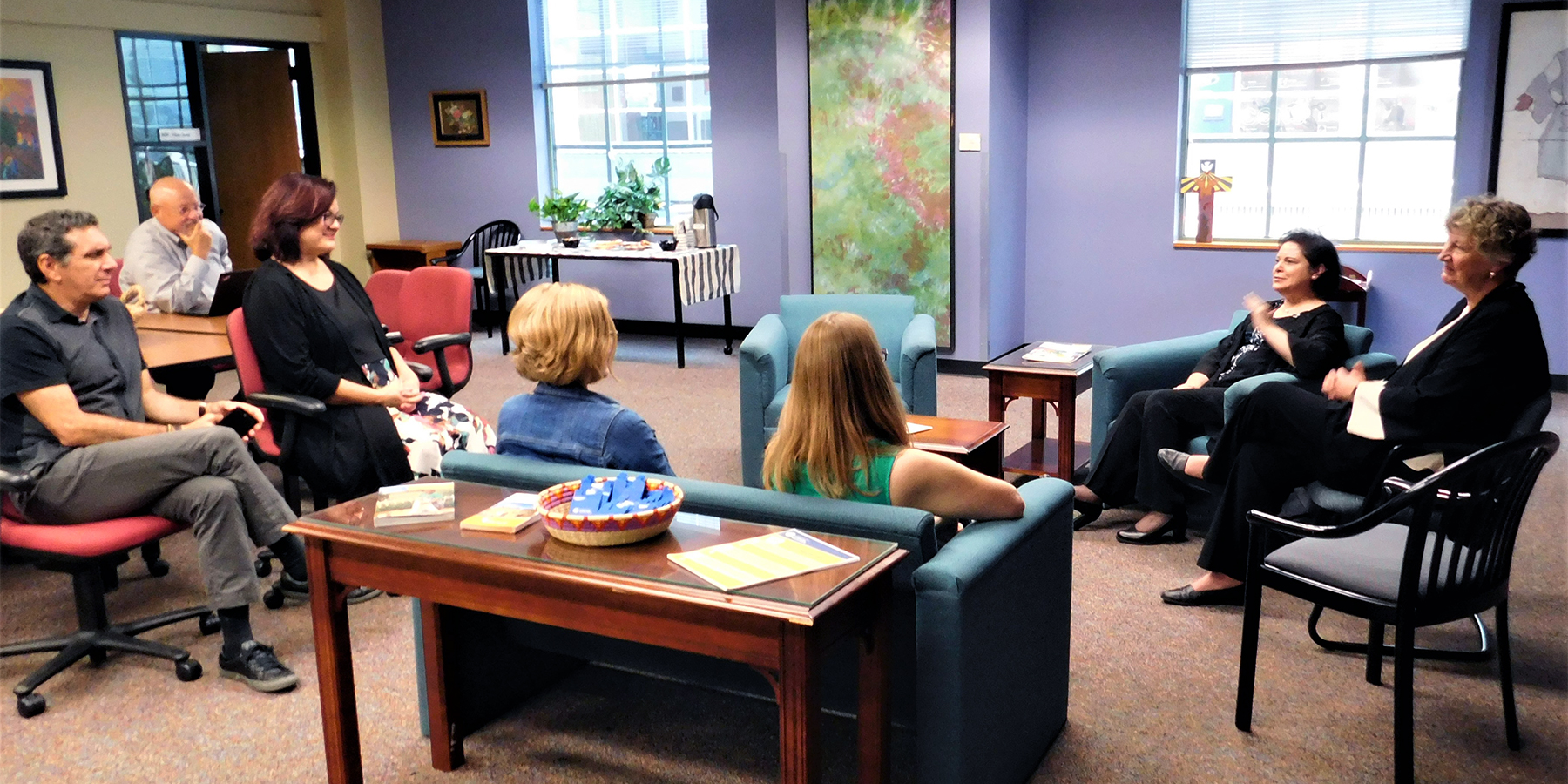 Rev. Kassab concluded her visit to the Presbyterian Center by meeting with Presbyterian Mission Agency staff. Photo by Kathy Melvin.