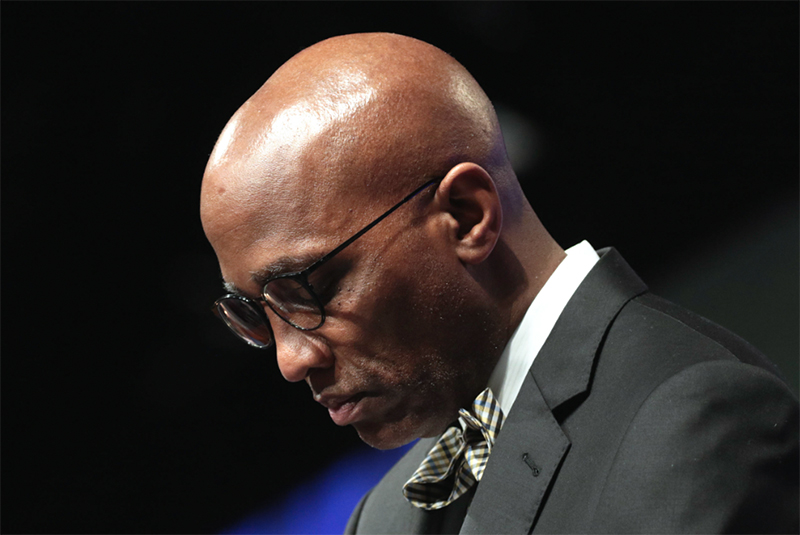 The pain of the world is staggering. When life is brutally ended, when villages are razed, when people are forced to flee, our corporate silence is deafening. I lament the loss of life, livelihood, and safety in Cameroon. The civil unrest has caused thousands of deaths and has produced more than 670,000 internally displaced individuals. Currently there are more than 58,000 refugees seeking safety outside of Cameroon. Many have found their way to the southern border to ask for asylum in the United States.

The Presbyterian Church (U.S.A.) rejoices in relationships with strong mission partner presence in Cameroon. Our shared mission experience witnesses to robust church growth and well-established Presbyterian schools in the country. In fact, many of the Cameroon nationals seeking asylum in the US have a Presbyterian connection either through church affiliation or from schooling. Our partners are hurting. The World Council of Churches on behalf of the member churches in Cameroon is calling for an immediate ceasefire, respect of human rights, and the creation of a peaceful dialogue process to bring an end to the violent unrest. There is bipartisan legislation in the U.S. Congress that calls for similar measures. You can access the Action Alert from the Presbyterian Office of Public Witness here in order to contact your members of Congress.

And what should we do when these individuals seeking asylum make their way to our border? In 1999, the 211st General Assembly states that “the United States government should ensure that the constitutional rights for refugees, asylum seekers, and immigrants to due process of law are protected.” In the same policy statement, it urges the General Assembly Council along with presbyteries and sessions to “advocate for use of the credible fear standard for releasing asylum seekers from detention and assuring a more speedy adjudication to reduce unreasonably lengthy stays in detention.” The United States government is breaking international law, U.S. sanctioned law, and their own immigration enforcement policies. We deny individuals access to asylum protections and we indefinitely detain individuals who have credible asylum cases. Instead of providing a safe and secure location for individuals who have experienced unthinkable trauma, we keep them locked in detention centers. As they try to advocate for their own rights they are punished. Now we plan to deport 100-200 individuals with credible asylum cases back to Cameroon even as our own government has denounced the dangers there. I denounce the decision to return Cameroonian nationals; they could be arrested, tortured, or possibly killed.

Read the latest newsletter from the Presbyterian Office of Immigration Issues. You will find more information about the realities of Cameroon and how you can urge the halting of the deportation flight and any future flights to Cameroon by calling your members of Congress. Your voice is needed urgently.

And I ask that you join me in prayer

Lord of constant presence I ask your mercy …

For church partners living in a time for great fear and terror;

For the many lives cut short due to unthinkable violence;

For the many lives who are on the run trying to seek safety and protection.

Lord of constant presence I ask your courage …

For those seeking justice and peace;

For the many who have voice to reach out to lawmakers with influence;

For the many lawmakers who have the power to offer immediate help.

Lord of constant presence I ask your justice …

For those seeking rights in their country of origins in the context of oppression and exclusion;

For those who valiantly seek protections in a foreign land that often feels unwelcoming.

Lord of constant presence I ask for your forgiveness …

For those who carry the burden of corporate silence that permits unspeakable sin to continue;

For those who fear the stranger because they do not understand the depths of your love.

May we have the courage to speak out to take part in your justice-making. May we use our voices to help bring your peace to this world. May we learn to love our neighbor as ourselves.

Praying in the name of the one who guides us, Jesus Christ. Amen.