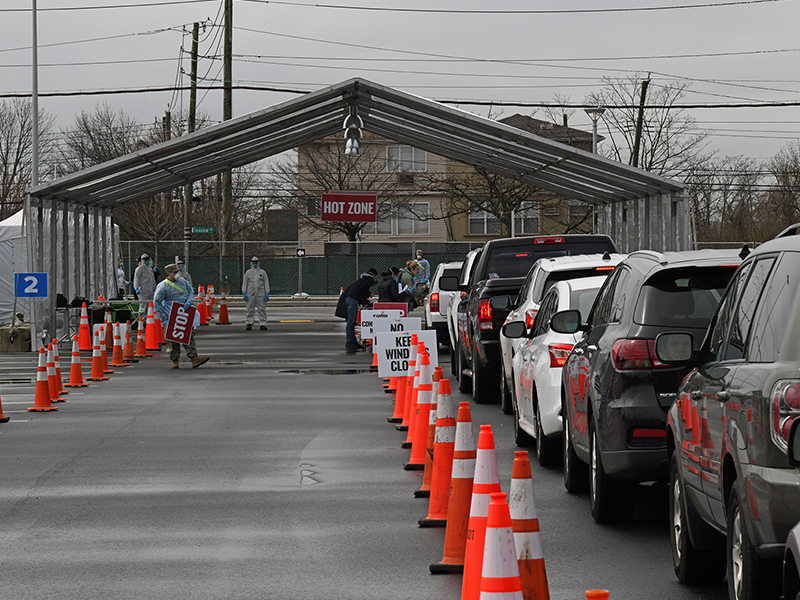 Large numbers of confirmed cases of COVID-19 continue to be reported in New York City this week. And while authorities are cautiously optimistic that a “flattening of the curve” may be coming soon, the need for help continues as medical supplies run thin. Crowded hospitals with overworked staff see no end in sight.

Last week, New York Mayor Bill de Blasio called for the recruitment of medical personnel from across the country to assist in the treatment of virus patients. That invitation was also extended in a personal communication to the Reverend Dr. J. Herbert Nelson, II, Stated Clerk of the General Assembly of the Presbyterian Church (U.S.A.).

“We’ve had long-term relationships with individuals working on the mayor’s staff for two years now,” said Nelson. “They’ve reached out to us personally to ask for help from health care workers who can come to New York to help with the overwhelming medical needs resulting from the virus.”

Nelson urges Presbyterians who have the medical experience and can make the trip to support the relief efforts in one of the hardest-hit areas in the country.

As medical teams continue to work with those who are ill, Presbyterian leaders in the region are tending to their churches. The Presbytery of New York City has been working to stay in touch with congregations.

The Reverend Robert Foltz-Morrison, executive presbyter, says there is a wave of communication taking place across the presbytery as pastors reach out to their congregations with information.

“A couple of our pastors have the virus, so it’s not just someone else out there, and some of the churches have already lost people because of the coronavirus,” he said. “I think our churches are among the more diligent and responsible about backing off from public places, even the people I thought were initially reluctant to give up meeting in person.”

Foltz-Morrison says his concerns are with 11 different language groups within the presbytery. He says he has reached out and has heard back from at least half of the groups. He adds that the focus for most Presbyterians in his region is on Holy Week.

“People are trying to reframe their thoughts now that Holy Week is upon us. They’ve accepted that we’re not going to meet in person and their energy is focused on this week,” he said. “I want to talk to pastors after Easter because I think they’ll need to rest and take a breath.”

Foltz-Morrison adds there is growing concern about finances, and so the presbytery has set up a team of people to review any financial issues and address them in the best way they can.

Meantime, ministry in the presbytery continues.

“We’ve had some instruction this past week with people who have never used Zoom before,” he said. “We’re also setting up phone trees and doing Bible study and prayer meetings by phone. The city has also been using taxi services to deliver food to older residents.”

Foltz-Morrison says they’ve also reached out to government officials urging them to think of churches as nonprofits, since many are involved with essential services such as food pantries and shelter.

“We think of this as a cocooning period, in that there’s an opportunity for us to rethink what we want to be when we come out of this as a church,” said Foltz-Morrison. “We’ve had several Zoom meetings over the last few weeks that are open to anyone to get on. I’m seeing a need after Easter to shift toward having pastors talk to each other. We have a mix of people with a mix of comments. We want to give pastors time to talk with each other and give them resources because compassion fatigue is setting in.”