These youth are indeed rising 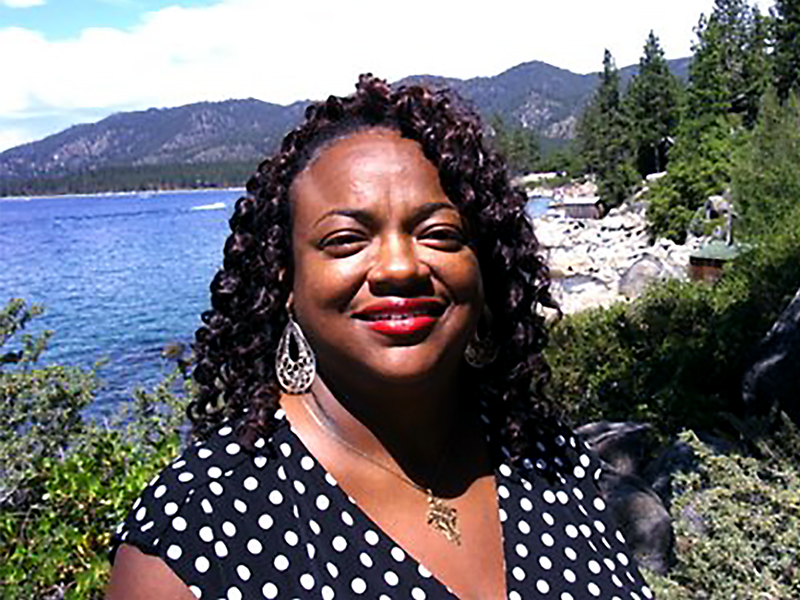 The Rev. Dr. Karen Brown is a grant-writer, member of the Presbyterian Committee on the Self-Development of People, pulpit supply at a Baltimore-area church and an advocate for the Youth Rising entrepreneurial program to be featured June 23 as part of the online 224th General Assembly. (Contributed photo)

Seneha Speaks and Deshawn Richards are two young entrepreneurs living in Baltimore you’ll be hearing more about during next month’s online General Assembly.

The two — Speaks, 20, owns a henna and natural skin care business, while Richards, 18, owns a T-Shirt company — are participants in the June 23 Youth Rising: Advancing Youth and Young Adult Entrepreneurs General Assembly event, which begins at 3 p.m. Eastern Time. The event can be seen at the 224th General Assembly website and on the Spirit of GA Facebook page.

Youth and young adults will share their entrepreneurial experiences and answer questions. The Co-Moderators of the 223rd General Assembly, Ruling Elder Vilmarie Cintrón-Olivieri and the Rev. Cindy Kohlmann, have designated Youth Rising as the recipient of the online offering that’ll be taken during the assembly’s opening worship at 11 a.m. Eastern Time on Friday, June 26.

“It has been so refreshing to be with like-minded youth and the older adults in the program,” Speaks said. “I look forward to speaking. It’s the whole reason I joined.”

“Baltimore is seen as a dangerous city,” Richards said. “I’m happy to be seen for the positive things we have.”

The Rev. Dr. Karen Brown, a grant-writer, board member of the Presbyterian Committee on the Self-Development of People and pulpit supply at Hope Presbyterian Church outside Baltimore, said that if the assembly had gathered in person as planned next month, a social action around access to banking services would have drawn an anticipated 1,000 participants. “Of course, we can’t do that now,” she said.

But the young business owners will be part of the GA marketplace. They’ve also partnered with the Maryland Institute College of Art in Baltimore to sell their products through MICA’s online platform.

Earlier this month, interviews with several Youth Rising entrepreneurs were taped. Portions of those interviews will be on display during the June 23 online event. Among those interviewed is an artist who completed a mural in South Africa and a boxer who owns businesses on the side.

“All they’re asking for is exposure and opportunity,” Brown said. “If they get that, they will fly higher than you could imagine they could go. That’s what Youth Rising is all about.”

“These young people are brilliant,” she added. “When we interviewed them, they had so much to say that we couldn’t even get to the next question.”

According to Brown, important values of youth entrepreneurship can be traced to biblical stories, according to black theology. In Genesis 22, God directs Abraham to go worship at Moriah and to bring his only son, Isaac, whom Abraham is to offer as a sacrifice. When Isaac wonders about the whereabouts of the lamb to be sacrificed, his father assures him God will provide a sacrifice. Just as Abraham is about to sacrifice his own son, an angel tells him not to harm the boy, at which point Abraham sees a ram caught in a thicket. Abraham offers up the ram instead as a burnt offering, calling the place “The Lord will provide.”

“Black liberation theology would say, ‘You’ve got to have a ram in the bush, something on the side that can help your family not go totally underwater,” Brown said.

Then there’s Mark’s account of Jesus calming the storm. According to the writer of the second gospel, there are other boats along with the one carrying Jesus and the disciples when a storm comes up while Jesus is asleep on the cushion. The disciples awaken Jesus, and he first rebukes the wind and then his friends: “Why are you afraid? Have you still no faith?”

“We are so concerned about our people,” Brown said, “that we forget there are other boats, some of which have already been taken under water.”

Youth Rising, which now counts about 30 youth in its ranks, not only gives youth the opportunity to learn business principles, but to apply them “in every sphere of their life,” Brown said.

“They need peer-to-peer support and mentoring and seed money to improve their business,” she said. “It is amazing what God has done.”