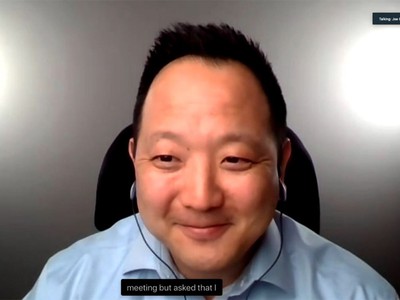 With less than two months to go before the Presbyterian Church (U.S.A.)’s first completely online General Assembly, the Office of the General Assembly got a small test of how it might work on Tuesday. OGA conducted its first digital Leader Briefing with members of the Assembly Committee on Business Referral.

The COVID-19 virus has led church leaders to move away from the planned onsite gathering in Baltimore this summer to a shortened digital assembly. COGA has recommended that the assembly deal with only core and critical business items.

Barbara Gaddis, COGA moderator, told participants church leadership has come to see this “new normal” as a gift for the church.

“This is a Kairos moment and we’ve been given an opportunity to imagine church in a whole new way. It’s taken hours of discernment and prayer, but we believe it will serve us well into the future as we look at new ways of being church,” she said. “You are taking part in an assembly that will be talked about in the future as a turning point and we’ve been given an opportunity to see how online assemblies might help us in our work in the future."

Stephanie Anthony, COGA’s vice moderator, followed by saying they faced a lot of concerns when looking at General Assembly options.

“In weekly meetings, we experienced a tiny slice of what it would be like to make difficult and weighty decisions and realized we needed to move toward critical business,” she said. “We evaluated every single item of business.”

During the course of Tuesday’s meeting, participating committee members questioned whether there might be an opportunity for new business to be considered at this year’s assembly.

“We could decide that no new business is appropriate, but to say it now, this far out, we don’t know what might come up. I’m a bit hesitant on that,” said committee member Kathi Bubb. “I’m thinking that dealing with new business on Zoom might be tough, but I’m concerned about bringing that up now.”

“Part of our discernment was working to keep the ship righted,” said Gaddis. “Any other business would be difficult to take up in an assembly like this without the relationships necessary to feel that spirit moving.”

OGA leaders say they are working on contingency plans, should the will of the assembly be different than what is recommended.

Some committee members expressed concern over the lack of justice issues being recommended for this year’s assembly.

“I fell in love with the PC(USA) because we are a church living out our faith through action. But what I don’t see is a real enactment of social justice,” said committee member Megan Acedo. “There are several items being referred to the 225th General Assembly [2022] that are urgent, such as gun violence, family leave, and some issues around LGBTQ+ equity.”

“We have more policy than most denominations on justice issues and we have been fully engaged,” said Nelson. “It doesn’t take a lot of overtures to get justice work done. It is still being done with regards to congregations and local communities.”

After some discussion, the committee approved sending core and critical items to the full assembly gathering. Those items include:

The 224th General Assembly (2020) is scheduled to take place June 19, 26, and 27. The complete list of business items to be recommended for consideration can be found here.