Members of the Assembly Committee on Business Referrals have settled on the proposed items of business for the 224th General Assembly (2020) of the Presbyterian Church (U.S.A.). The committee finalized the docket for the gathering that opens its first plenary Friday evening.

There were a few minor glitches during Thursday's nearly 85-minute online meeting, but producers and technical crew, gathered at the Presbyterian Center in downtown Louisville, worked to ensure members were able to conduct business. Moderator Theresa Denton had some computer problems that knocked her offline, but Vice Moderator Joe Chu quickly picked up the meeting and moved forward. 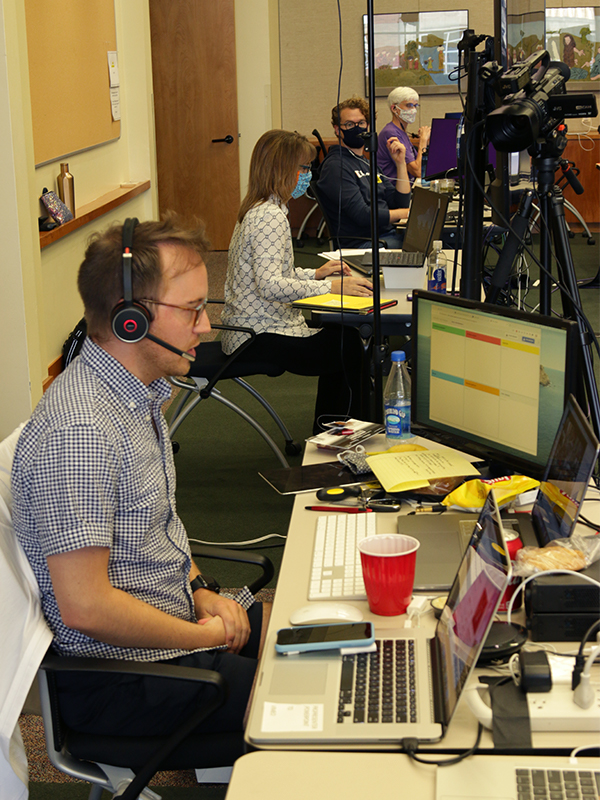 “You have no idea how many people are working behind the scenes to make this work,” Denton said.

The committee moved through the night’s agenda and approved sending a couple of new business items. The first one is entitled “On Responding to the COVID-19 Pandemic.”

“This shows how much the pandemic has affected all of us,” said Mark Roth of the Presbytery of Pittsburgh. “We felt it was important for commissioners to be able to respond to the impact on health care and economy.”

The Committee on the Office of the General Assembly proposed another new business item that was sent on to General Assembly. “On the Church in This Moment in History” was sent in response to calls for the assembly to take up more social justice issues.

The meeting was livestreamed on both the Spirit of GA Facebook page and the 224th General Assembly website. The first plenary opens at 7 p.m. Friday and can also be viewed on both social media platforms.