Racial injustice, COVID-19 and support for Native American churches take up bulk of third plenary at the 224th General Assembly 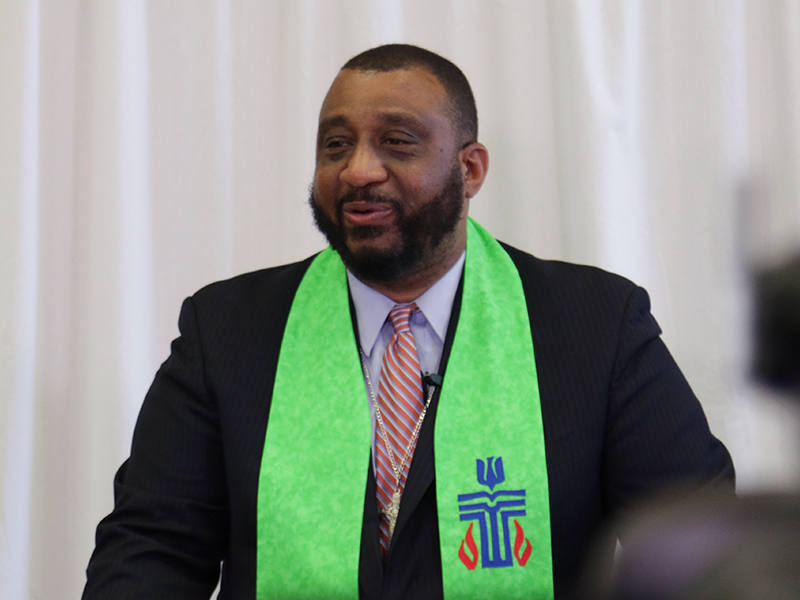 Commissioners and advisory delegates to the 224th General Assembly of the Presbyterian Church (U.S.A.) say it’s time for the church to step up and act during these times of racial injustice and the COVID-19 pandemic. The assembly devoted nearly five hours on Friday debating the church’s response during these national and international crises.

The Committee on the Office of the General Assembly (COGA) made a motion early in the third plenary to address the issues.

“During planning, COGA received feedback lamenting the loss of justice-oriented business we are used to addressing at General Assembly,” said COGA Vice-Moderator Stephanie Anthony. “The world has changed dramatically with the rising pandemic and high profiles of violent racism.”

COGA made a motion urging Presbyterians to:

“I love the PC(USA) — otherwise, I wouldn’t be here. I love the democratic process and the fact we are open to self-examination,” said Eric Beck, Presbytery of the Pacific. “We have the responsibility not to just suggest but call on all Presbyterians to live up to what we say and what we believe. We have the responsibility to speak up on white supremacy and white privilege.”

“I appreciate encouraging congregations and sessions to review items of business that were to come before us,” said Commissioner Sarah Juist, Presbytery of Scioto Valley. “But there’s just so much we can do right now. As much as I lament what we are not covering, I encourage all of us to take this back to our churches and presbyteries to continue the work.”

“Right now is the time to act. It’s inexcusable for us to stand in silence as people are killed,” said Milo Browne, with the Presbytery of Scioto Valley. “We cannot wait to make a statement and try to change and take steps to do better as a denomination and nation. It’s the time to act.”

Commissioner Megan Acedo with the Presbytery of Philadelphia offered a substitute motion saying the church needs to take a stronger stand on racial injustice now, adding the church can’t wait until the 225th General Assembly (2022) to take action.

“We have been slow to face the reality of systemic racism. We have been slow to acknowledge the pain of our fellow Presbyterians, Christians and citizens, and of those who have come to America for a better life,” the substitute motion read. “We believe the work of attending to the pain, suffering, and long-standing oppression of our BIPOC siblings (Black, Indigenous and People of Color) in Christ is central to our work of proclaiming the Gospel of Jesus Christ.”

Presbyterian Peace Fellowship, the Presbyterian Health Education and Welfare Association, and the assembly Committee on Business Referrals worked jointly on the motion.

“When our colleagues, siblings, and neighbors protest in the streets to say that being Black should never be an excuse to be targeted and killed, when so many stand in solidarity to say #BlackLivesMatter, and when our own communities are weighed down in grief and anger, it is the time to stand alongside our BIPOC siblings in voice and in action,” the motion read.

Under the new resolution entitled “Responding to the Sin of Racism and a Call to Action”:

In other action, the assembly approved a response to the COVID-19 pandemic, seeking compassion and justice for the most vulnerable for the disease including BIPOC individuals as well as LGBTQ+ and persons with HIV.

The Presbyterian Mission Agency was also directed to extend the mandate of the Native American Coordinating Council, created by the 223rd General Assembly (2018), for four more years.

Commissioners also approved a resolution to assist with the repairs and support for Native American Presbyterian churches that are deeply under-funded.

“There are 92 Native American churches and chapels from Alaska to Texas, using buildings that are in some cases over 100 years old. A lot of these are small congregations, some are larger than most and they still do ministry,” said Reverend Irv Porter, associate for Native American Intercultural Congregational Support. “These congregations do not have professionals like doctors and lawyers and those with high paying jobs in membership. What comes in the offering plate on Sunday, that’s it.”

Plenary 4 is set to begin at 11 a.m. Eastern Time Saturday.