J. Herbert Nelson, II, reminds congregation that “God is our refuge and strength” 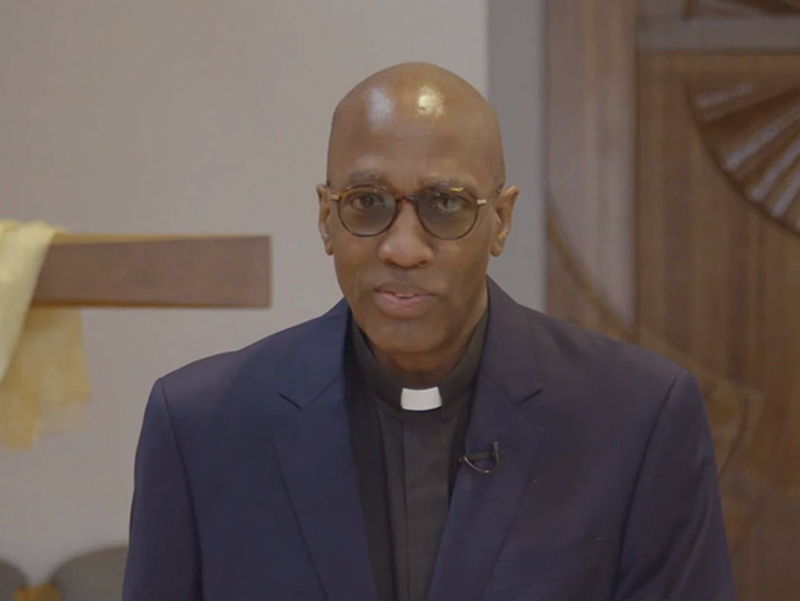 Sunday was a special day for Bedford Presbyterian Church in Bedford Village, in northern Westchester, New York. Not only was the church preparing to call a new pastor, but also heard words of encouragement from the Reverend Dr. J. Herbert Nelson, II, Stated Clerk of the General Assembly of the Presbyterian Church (U.S.A.).

In a pre-filmed sermon, Nelson reminded the congregation that God makes a way, even in the darkest of times.

“The hands that hold us are the hands of God,” said Nelson. “Each day is a blessing when we have another opportunity to breathe another breath of life, not because we deserve it, but because God’s love is so much in the midst of us.”

Nelson reflected on the 19th anniversary of the September 11 attacks in both New York City and Washington, D.C. He shared that during the attacks, he was a pastor in Memphis, Tennessee, and found himself watching the national broadcasts at a storefront along with others who, like him, were stunned by what had happened.

“As we pondered this, jets started coming across the top of that storefront and the warehouse unit, planes coming in to land. The news reporters said that all aircraft were to land. And not being far from the airport, we watched those planes come in over the top, one by one, right behind the other,” he said. “It was a devastating day, a day I will never forget. A day my daughter will never forget and a day where my wife sat actively at home that morning, just to hear the reports because we didn’t know what an outside invasion would look like. There was so much information we didn’t have.”

Nelson preached from Psalm 46, saying the words from the passage have significant meaning when it comes to what happened in 2001 and what has happened in 2020.

“I hear the words of the psalmist in times like these with the uncertainty of an upcoming election, the uncertainties of what’s taking place as we receive bad news with regards to what’s taking place in this nation as we move towards an election period,” Nelson said. “I think through the growing struggles with inner cities for people who can’t get to work, can’t get a paycheck, who are laid off and struggling because businesses have been shut down. There are people evicted from their homes with no place to go; immigrants who are new to this country, who came for opportunities, looking for something good to happen in their lives and yet they don’t have the means to feed their families.”

When all things are said and done, Nelson says the power does not rest with people, bank accounts, big homes, or in retirement savings.

“Our ends are in the love and the grace of God. Our life is captured by the essence of the one who knows us better than we know ourselves,” he said. “That’s the reminder every day of our lives. It’s a reminder when we look back over our lives, when we see the pain we have faced, the moments that shattered our spirits, the things we never thought we would see or experience—coronavirus deaths, those who don’t make it home from war, those whose pilgrimage in life becomes uncertain. The psalmist is speaking into all of these situations.”