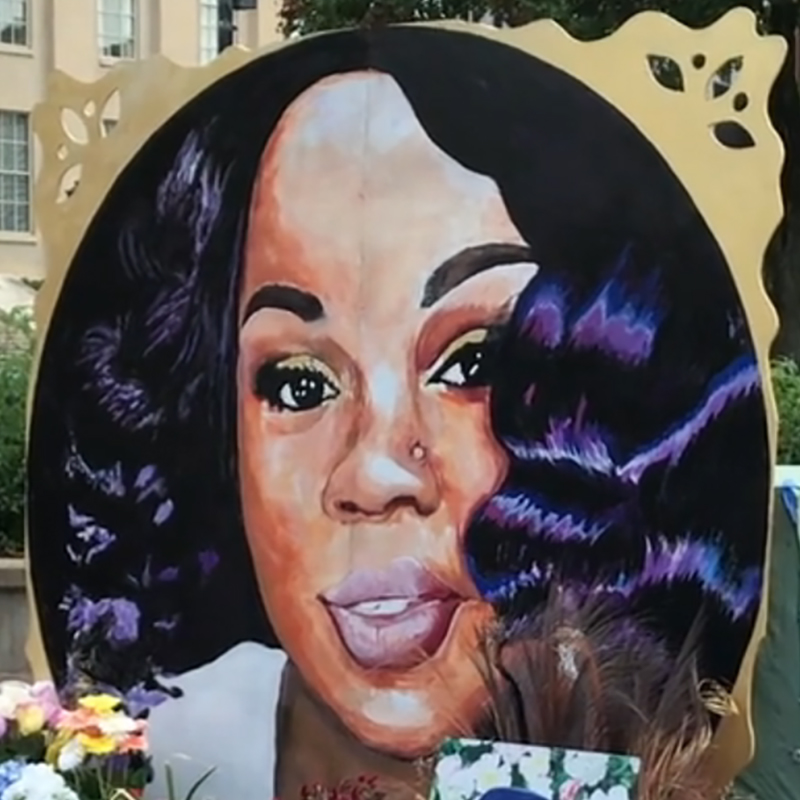 The Presbyterian Church (U.S.A.) and the Episcopal Church are among several Christian denominations that are speaking out in support of a Unitarian church’s decision to offer sanctuary to demonstrators in the Breonna Taylor case.

The First Unitarian Church in downtown Louisville, Kentucky, opened its doors on Thursday night for a number of people that had been demanding justice for Taylor. The city has implemented a 9 p.m. curfew and the demonstrators arrived at the church just before the curfew was set to begin. Church leaders provided food, water, medical treatment if needed, and a place to rest for participants.

“The events in Louisville remind us of the need for safe spaces in times of conflict. Churches, synagogues, and mosques are houses of prayer, worship, and faith. Sacred spaces are safe places where the way of love and nonviolence, the way of peace, the way of justice, and the way of reconciliation can be affirmed and practiced,” said the Most Reverend Michael B. Curry, Presiding Bishop and Primate with the Episcopal Church. “In deeply conflicted situations, these spaces can play a vital role in preventing escalation into upward spirals of violence. Respecting these spaces as safe places demonstrates a commitment to finding nonviolent solutions.”

Curry added that First Unitarian Church’s actions can help to broker peace and change that can move a community forward in the direction of genuine justice and eventual reconciliation.

Taylor was shot and killed by Louisville police officers on March 13 during the serving of a warrant at her apartment. Her death has led to months of demonstrations in her hometown as well as other cities across the nation, demanding that the officers involved be charged.

On Wednesday, a grand jury returned only three counts of wanton endangerment against one of three officers, but the charges were not connected to the shooting at Taylor’s apartment.

Kentucky Attorney General Daniel Cameron said that, based on the evidence in the case, Taylor’s boyfriend had fired the first shots at police when they entered her apartment, and that they were within their legal rights to return fire.

The decision has reignited demonstrators who have been actively calling for justice in the city since the shooting occurred.

“The leaders of the First Unitarian Church showed courage and compassion as they opened the doors to those who have been marching for justice in the Breonna Taylor case,” said the Reverend Dr. J. Herbert Nelson, II, Stated Clerk of the General Assembly of the Presbyterian Church (U.S.A.). “Their actions may have saved many from bloodshed as they continue to clash with law enforcement at this time.”

Nelson said that while the PC(USA) does not condone violence, it does believe in the rights of all individuals to express their views about the case.

“God calls us to speak for those who cannot speak for themselves, to champion the wrongs of our society, and to seek justice when justice has not been served,” he said. “Some have said the church should not engage in this debate and focus solely on sharing the gospel. But this is what many denominations, including the PC(USA) and the Episcopal Church, are called to do. The First Unitarian Church became that sanctuary for those in need and the results were no injuries and no deaths last night.”

Police remained outside church grounds for more than two hours before the marchers were allowed to leave without arrest.

“We must ever remember Breonna Taylor, and continue to pray for her family, her loved ones, and all the people of the Louisville community. We must likewise pray for America, that our divisions may cease and that we will work together to be a nation where there is liberty and justice for all,” said Curry. “Lastly, may we all commit ourselves anew to living the words of the prophet Micah who said, ‘what does the Lord require of you but to do justice, love mercy, and walk humbly with your God.’”