BIPOC commissioners/advisory delegates to have opportunity to process assembly together 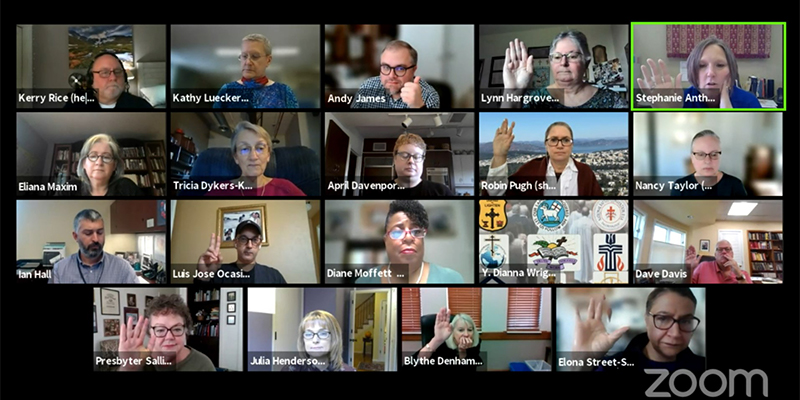 Committee on the Office of the General Assembly members meet via Zoom on October 21, 2021.

Committee on the Office of the General Assembly members meet via Zoom on October 21, 2021.

Commissioners and advisory delegates who identify as Black, Indigenous or people of color will have opportunities to meet as a group both personally and virtually at the 225th General Assembly of the Presbyterian Church (U.S.A.).  The Committee on the Office of the General Assembly (COGA) approved a recommendation at its monthly meeting on Thursday.

The GA225 Coordinating Team made the recommendation to give this group physical and virtual space to connect and process their experiences in committee meetings and online plenaries.

“We did this at the last assembly, which was completely virtual, and found it to be incredibly helpful,” said Ruling Elder Elona Street-Stewart, Co-Moderator of the 224th General Assembly, during a recent team meeting. “Not only were we able to provide each other with emotional support, it was an opportunity to address process and policy questions.”

Street-Stewart adds that the move is not meant to offend white siblings.

“This can be incredibly life-giving, creating a space where people can be authentic to who they are and be able to be nurtured in their courage to go back as a commissioner and serve, equipping them with what they need to be a good commissioner,” she said. 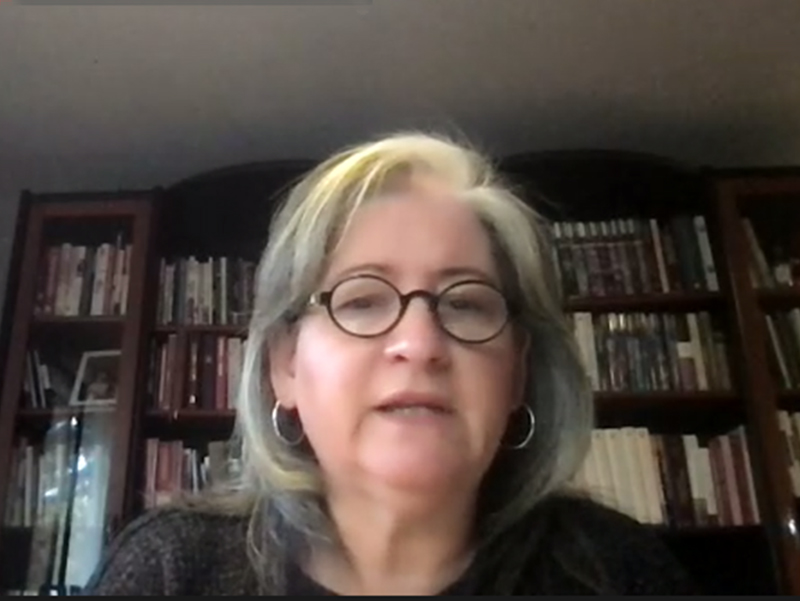 Under the approved plan, two “accompaniers” or hosts, who would also be BIPOC and have experience with General Assembly, would be assigned to the space to provide chaplaincy-like support when the committees meet in Louisville. They would also be a resource. They would remain in relationship and communication with BIPOC commissioners for the duration of their service to GA.

“In conversations with the Presbyterian Mission Agency Board, we want to make sure to tap into their resources for those who can serve as hosts for these spaces,” said Teaching Elder Eliana Maxim, COGA vice moderator. “This will be a great opportunity for our BIPOC commissioners and advisory delegates to process what it means to do this kind of work in predominantly white spaces.”

“I’m hoping that in light of where we are in the 21st century, and in a church that is becoming more and more multicultural, that we will get to a point one day where we would not have to do this in terms of seeking approval to have this done,” he said. “It would become a regular part of what we do at General Assembly.”

COGA also voted to approve eligibility requirements for sponsorship of certain elements of the General Assembly. There will be no exhibit hall, lunches, dinners or other events at the assembly next year under the hybrid plan, reducing opportunities for agencies and entities of the church to engage with commissioners and advisory delegates. 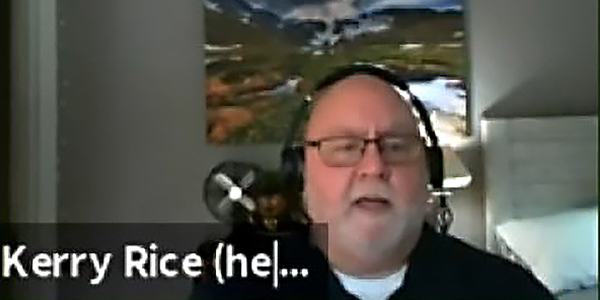 “Current plans for a hybrid assembly are limiting the way in which organizations traditionally engage commissioners and delegates,” said Kerry Rice, deputy stated clerk with the Office of the General Assembly. “This sponsorship plan offers ways for entities of the church to engage with this group.”

Rice said the sponsorships would allow the Office of the General Assembly to recoup additional costs associated with organizing and producing the assembly.

“We will identify things we are already planning for sponsorships and will not be coming up with something new for sponsors,” he said. “We would not recommend sponsorship opportunities for other related not-for-profit organizations that don’t have a direction connection or a covenant with General Assembly.”

Rice added that under the sponsorship agreement, OGA would have total editorial control over the types of ads proposed and sponsors who do not support that approach will not be able to participate.

Entities and organizations that will be invited to be a General Assembly sponsor and be included in the directory include:

The types of sponsorships will include:

Rice says staff is also looking at the possibility of an online directory that could include any organization that has had historical connections with General Assembly. Details are still being worked out, he said.

Sponsorship information will be available on the GA225 website.