Stated Clerk issues Call to Prayer for the people of Ethiopia

Army and rebel forces continue to clash, threatening the safety of millions 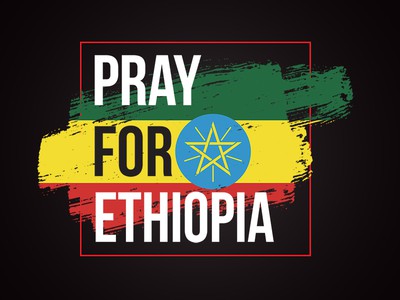 I urge you to join me in prayer for our siblings in Ethiopia as they face a deepening conflict that threatens to trigger a human rights and humanitarian tragedy and send the country spiraling into civil war.

In the past year, growing tensions between the federal government of Ethiopia and opposition groups led by the Tigray People’s Liberation Front (TPLF) have erupted into open clashes between Ethiopia’s army and rebel forces.

The spreading conflict has left thousands dead, displaced an estimated 2 million people, and pushed hundreds of thousands to the brink of famine. Recently, a joint United Nations and the Ethiopian human rights commission report found all of the combatants guilty of “appalling levels of brutality,” including extrajudicial killings, sexual violence and attacks on refugees.

Earlier this year, after the government declared the TPLF a terrorist organization, Amnesty International documented the arbitrary arrest and detention of journalists and human rights activists in Tigray, Ethiopia’s northernmost region. In the past week, as rebel forces have advanced on the capital, Addis Ababa, the Ethiopian federal government declared a national State of Emergency, invoking emergency powers to curtail internationally recognized human rights, threaten press freedom and limit the independence of the judiciary.

Human rights organizations report a rapid rise in hate speech and social media posts advocating ethnic violence, a particularly alarming development given that Ethiopia’s 117 million people identify as members of more than 80 distinct ethnic groups. In this context, the government’s calls for citizens in the capital and several other regions to take up arms to defend their communities have disturbing implications.

As followers of the Prince of Peace, let us pray fervently for the protection and well-being of all of Ethiopia’s people. Let us pray particularly that:

I would also invite those who feel able to do so to contribute to the PC(USA)’s efforts to accompany and support humanitarian ministries in Ethiopia by making gifts to:

Let us look to God, our help, our hope and our salvation.