PC(USA) joins other organizations to urge Biden administration to act 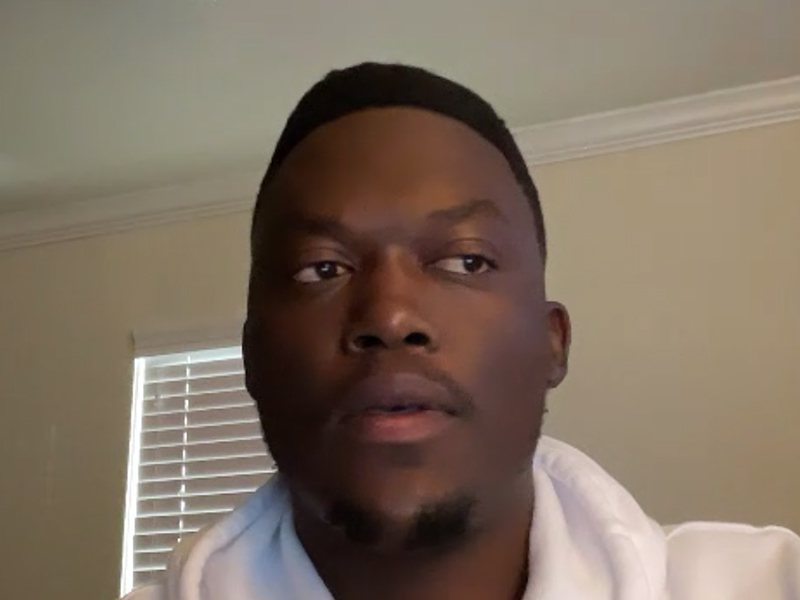 Daniel Tse with the Cameroon Advocacy Network is working to secure Temporary Protected Status for Black migrants who have fled Cameroon for their own safety.

Daniel Tse with the Cameroon Advocacy Network is working to secure Temporary Protected Status for Black migrants who have fled Cameroon for their own safety.

Is the United States a nation that cares for humanity or politics? That was the question from a group of Black migrants from Cameroon during a virtual conference with the media last week.

Cameroon is a country in deep turmoil as the government faces confrontation with citizens who claim the country has fallen victim to corruption and violence. According to the United Nations, the separatist war has forced more than half a million people to flee their homes over the past four years, many coming to the United States for a new start.

But those hopes have been dashed for thousands of Black migrants as they face detention and the threat of deportation by U.S. Immigration and Customs Enforcement (ICE). The group is seeking Temporary Protected Status (TPS) in the U.S. in hopes of avoiding those threats.

Last week, the Cameroon Advocacy Network (CAN) joined with other groups including representatives from the Presbyterian Church (U.S.A.) for a webinar. The group heard from several Cameroonians who have fled the troubled nation in hopes of starting new lives in the U.S. Those who spoke would not identify themselves for fear it would result in their immediate arrest.

“I’ve been here almost two years and am still living in fear of deportation or even stepping out of the house because of ICE,” said one migrant who identifies himself as “Terry” to protect his identity. “We never believed that by crossing the border, we would be locked up for days and nights.”

Another man who called himself “Fabrisk” became emotional as he described efforts to come to the U.S. only to find himself and others treated as criminals and taken into custody.

“We come here and are transported with chains all over our bodies. We can’t eat, can’t feed ourselves or go to the bathroom,” he said. “We find ourselves in the arms of people who want to destroy us emotionally.”

The Cameroon Advocacy Network is a new coalition that has grown out of the ongoing organizing work of Black migrants and immigrants. Several of the coordinating members are part of the Haitian Bridge Alliance, an important partner for Presbyterians in southern California as well as with the Interfaith Immigration Coalition.

With the increase in Cameroonian asylum seekers arriving these past few years at the U.S.-Mexico border, CAN was created to organize efforts and inform advocacy campaigns. Many of the English-speaking Cameroonians have some connection to Presbyterian partners in Cameroon. They have attended either Presbyterian schools or Presbyterian churches.

PC(USA) representatives have met with CAN regularly to learn how to support their efforts and accompany Cameroonians in communities.

“In Cameroon, you don’t know what will happen from one minute to the next. You can leave home to fetch water or go to church and there is no promise that you will come back. The youth are most vulnerable,” said a woman identified as “Azoh.” “That’s why you see people embark on a journey to America. There is this thought that America is this giant where people feel most safe. That’s what’s causing this major influx of Cameroonians coming. People don’t mind taking the risk. To them, it’s a risk worth taking.”

Azoh said people come to America thinking they’ll be protected, adding that they can’t imagine that the same country where they seek protection would send them back to where they came from. 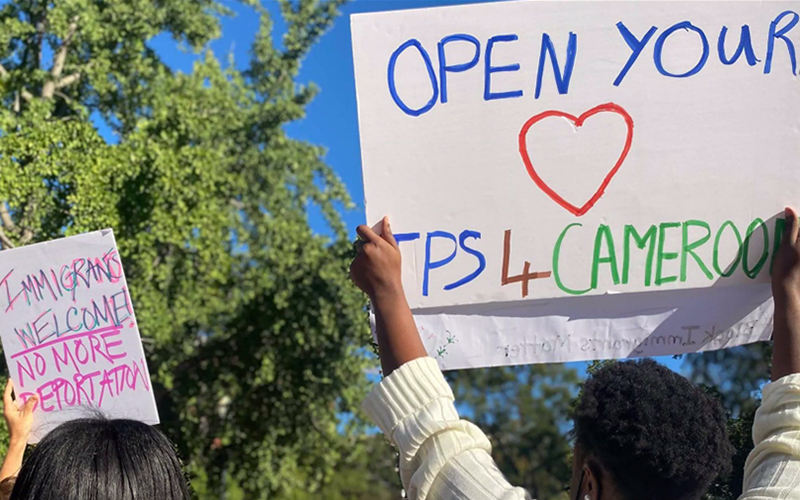 “I’ve been in the United States since 2003. I work hard, pay my taxes and contribute to this country,” she said. “My brother was released here two years ago from detention and lives every day in fear that he could be picked up, whether he goes to the doctor or something else. We are in a panic when he leaves because we don’t know if he will come back.”

Terry agreed, saying the stress is very high as they await a final outcome.

“The situation has not changed. I find myself still in chains because I am not free. I live in absolute fear of being arrested and it’s traumatizing,” he said. “When I go out just for a walk, I may see a police van. We try to adjust the way we walk so not to look suspicious. It makes me feel afraid because if you are arrested, deportation is the next thing.”

Daniel Tse is one of the founders of CAN and knows firsthand how difficult it is for migrants hoping to stay in the U.S.

“People can’t go to the mall or step out of their house for fear of deportation. They are locked up in their houses,” said Tse. “This is painful for those that have gone through this suffering. We stand with you and are not giving up this fight.”

Terry says those coming to the U.S. for a fresh start want to do their part as productive citizens.

“It’s frustrating. We are young, strong, ready to work and support this country in whatever way we can. We ask you to search in your hearts to help us,” he said. “If we go back to Cameroon, our fate is uncertain, our future is uncertain. Our wives and children’s futures are uncertain because their lives are in jeopardy. If they come for you, your whole family will suffer.”

Terry is calling on the Biden administration to find a solution that will allow them to stay without fear of deportation.

“Help us because we know that no matter how tough it might be, there is that humanitarian part of you that has love. You might turn things around for those who are crying and clamoring for your help,” Terry said. “We want to participate and support this great nation physically, emotionally, financially and morally.”

“The U.S. asylum system has been weakened by the past few administrations by policies that make it nearly impossible to ask for and claim asylum. Those who bear the harm of these policies are those who arrive in the United States by crossing the southern border. We witness systematic oppression against Black asylum seekers — they are held in detention longer; they are deported at higher rates; they must pay bail bonds at exorbitant rates; and their asylum cases are less likely to be approved,” said Amanda Craft, manager of Immigration Policy for the Office of the General Assembly. “As we urge policy changes, we must take into consideration how the immigration system continues to abuse communities of color, especially Black immigrants. A step in the right direction would be to grant TPS status for Cameroonians and halt deportation flights.”

Susan Krehbiel, associate for Refugees and Asylum with Presbyterian Disaster Assistance, says she feels anger and shame for her own government when she hears firsthand accounts from those held in immigration jails.

“It is antithetical to who we are as a nation and as people of God. We also heard of the lasting impact of these traumatic experiences, the lingering fears and distrust that they carry with them for years,” she said. “The situation faced by the people of Cameroon seeking asylum in the U.S. should be compelling to all of us. The stories shared help us see the real lives and families who suffer because we no longer have a valid asylum system. That is why Temporary Protected Status is an important first step in at least meeting our international obligation to not return people back to harm.”

CAN representatives said at the close of the webinar that they will continue to push for TPS.

People are asked to sign a petition to help at cameroonadvocacynetwork.org/take-action. The PC(USA) continues to support efforts to urge the president to designate TPS status for Cameroonians.