The Rev. Robert D. Stoddard, Jr. kicked off Women’s History Month at the Presbyterian Historical Society (PHS) with an online author talk about Sarah Huntington Smith and her sister missionary educators in Ottoman Syria and Lebanon.

In 1835, Smith organized the first school for young Arab girls in Beirut — a school that over time evolved into today’s Lebanese American University (LAU), a coeducational, Presbyterian-related institution with over 8,000 students.

In his recent book, “Sarah and Her Sisters: American Missionary Pioneers in Arab Female Education, 1834-1937,” Stoddard, a former vice president of LAU, explores the university’s roots and other educational legacies of Presbyterian missionaries in the Middle East. 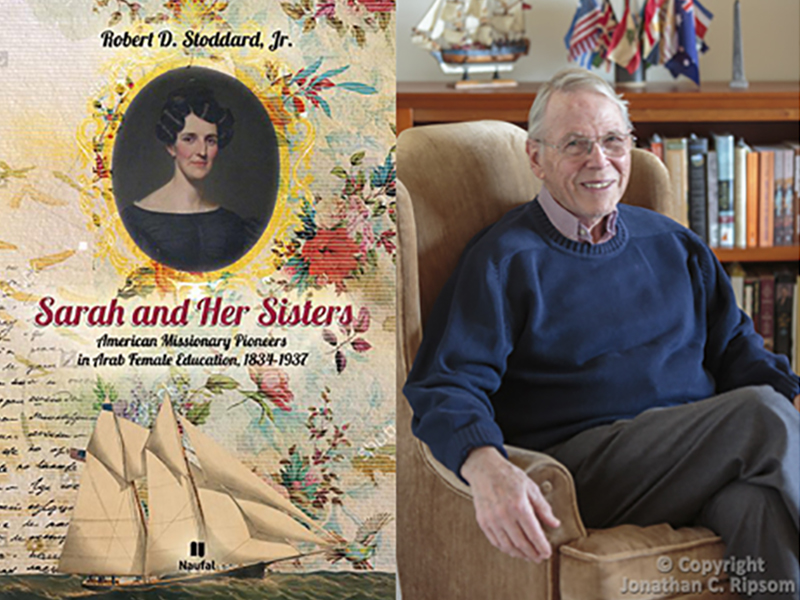 The author talk, part of the Presbyterian Historical Society’s biweekly PHS LIVE series, included a reading from the book’s opening chapter and responses to questions from PHS staff and Zoom attendees.

Throughout the webinar, Stoddard linked Smith’s experiences and those of the other Reformed women missionaries — Congregationalists from New England and Presbyterians from the Mid-Atlantic and Midwest — who continued Smith’s groundbreaking work organizing and teaching in schools into the early 20th century.

Tragically, Smith died at 34 while serving out her mission call. Her brother-in-law assembled a posthumous “Memoir of Sarah L. Huntington Smith: Late of the American Mission in Syria” based on her letters home that was widely read in the 1840s. After discovering the memoir online, Stoddard began researching Smith’s successors, the other Protestant missionary pioneers in Arab female education.

After reading related missionary memoirs for background, he focused on the Syria-Lebanon Mission Records at PHS, a treasure trove of personnel files, school records, correspondence, photographs and other primary source materials.

“When I found all these materials [online and at PHS] and rediscovered the forgotten stories of these women, I really had a sense of calling,” Stoddard said.

“I’ve got to bring the stories of these courageous women to light and share them. Especially with the alumna of today’s Lebanese American University.”

Missing from PHS are records about native educators who taught alongside American missionaries — women such as Rufka Gregory, whose contributions to female education Stoddard highlighted during his talk.

In his recent blog for PHS, Stoddard connected the “Beyroot” that Smith, Gregory and the other missionaries knew to today’s city.

“Reminiscent of the political upheavals, epidemics, famine, starvation, world war, economic depression and pandemic faced by Sarah and her missionary sisters in Ottoman Syria and World War I Lebanon were the cascading crises that hit Lebanon in 2019–2020,” Stoddard wrote. “Most recently the horrendous Beirut port explosion [that] killed 204 people, injured another 7,000, [and] left 300,000 homeless.”

Despite this upheaval, Stoddard was able to finish his book thanks to help from his Lebanese publisher, Hachette Antoine.

“Through it all, my editor and the staff ... persevered and somehow managed to bring these inspiring missionary stories back to life.”

“Sarah and Her Sisters: American Missionary Pioneers in Arab Female Education, 1834–1937” is available in hardback in English from the Book Depository. E-versions can be found at Amazon and the Apple Store.