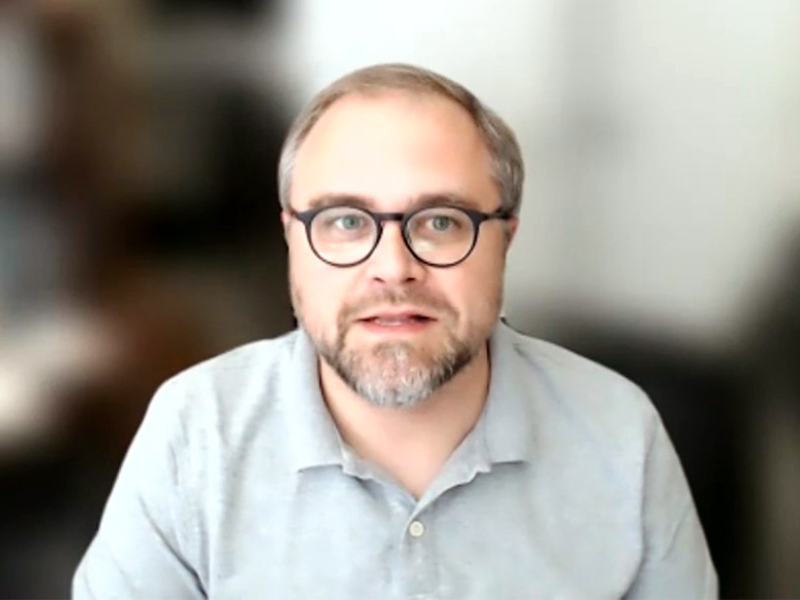 The docket for the 225th General Assembly of the Presbyterian Church (U.S.A.) has been confirmed and conversations continue about what happens for the 226th gathering in 2024. Thursday was a busy final day for the Committee on the Office of the General Assembly during its virtual three-day spring meeting.

While the logistics and other Assembly planning are still in the works, the hybrid model is set, allowing for in-person committee meetings and online plenaries that will take place between June 18 and July 9, 2022.

Staff from the Office of the General Assembly will be working with mid council leaders in an effort to move the process of electing commissioners along so that training and preparation for the new hybrid model can begin.

The Process and Discernment Team also introduced a document that maps out the expectations for commissioners and advisory delegates to the 225th General Assembly. Andy James, who co-authored the proposal, says it will help those making decisions to understand what they’re getting into.

“We increasingly recognize that we need to be clear with everyone and the church as a whole what we’re asking folks to do, everything from time spent on an issue to how to get into the weeds of it all,” he said. “We’ve asked staff to prepare a companion document for mid council leaders that will outline everything and what they can do to support commissioners.”

“What we have experienced in past General Assemblies has been seen in an oppositional tone,” he said. “This opens the door for us to be creative. This really feels good and could be a change for the better.”

Ruling Elder Elona Street-Stewart, Co-Moderator of the 224th General Assembly of the PC(USA), says it could also be a big help to moderators.

“It provides an early opportunity for co-moderators to fully comprehend what the arrangement will be and set expectations,” she said. “The co-moderators need to have an understanding how the coordination is happening. Let’s make sure it’s not something we catch at the end of the train.”

“We have a lot of folks that don’t feel comfortable with the system. We are making it accessible to all people, so they have an opportunity to see how things work, their role and where they fit,” she said. “Helping them understand what to expect is very helpful.”

COGA will take it up for a vote during its monthly virtual meeting in May.

Committee members also continued their conversation from Wednesday regarding future Assemblies and whether the current hybrid model in Louisville is a one-off or permanent plan. OGA currently has contracts with the convention center and two hotels in Salt Lake City for the 226th Assembly in 2024.

Kerry Rice, Deputy Stated Clerk, says some decisions will need to be made soon. He says if OGA were to cancel the contracts now, the agency would be required to pay $500,000 in cancellation fees.

“I think long-term questions about whether a hybrid model is the way in the long term is a question above us,” said James. “It needs to be decided by the whole church and General Assembly needs to have a say in that. How do we do that in a way that helps the church be good stewards with increasingly limited resources? The church needs to make the decision together. We made it rightfully for the 224th and 225th General Assemblies, but we need to let the church say that moving forward.”

Some COGA members felt the Salt Lake City contracts should be honored while others felt the city should be considered as a possible Big Tent location for the family gathering-type meetings.

Leon Lovell-Martin believes the hybrid model might be good to take on the road, opening opportunities for smaller towns and communities.

“I think the model in terms of how it is structured will be an advantage and can take us to smaller cities with future Assemblies. We don’t go to small cities, but to big urban areas,” he said. “We have presbyteries in smaller cities that never see a General Assembly and it would be great to look at taking the meetings almost everywhere Presbyterians are.”

Further discussions will continue at the May meeting.

COGA also received the latest update on how the national church is approaching future in-person meetings and a return to work at the Presbyterian Center in Louisville. Kathy Lueckert, president of the Presbyterian Church (U.S.A.), A Corporation, says the plan is to stay the course.

“Agency executives met recently and decided that there would be no in-person meetings for the rest of the year, but it doesn’t mean they won’t change their minds,” she said. “No other agency in the church has plans for in-person meetings at this time and we’re trying to be on the same page across the church.”

Since March 2020, most staff at the Presbyterian Center have been working remotely with the church offices opening three days a week for critical work. Lueckert says the plan is to expand to five days in early July if there are no setbacks in the spread of COVID-19.