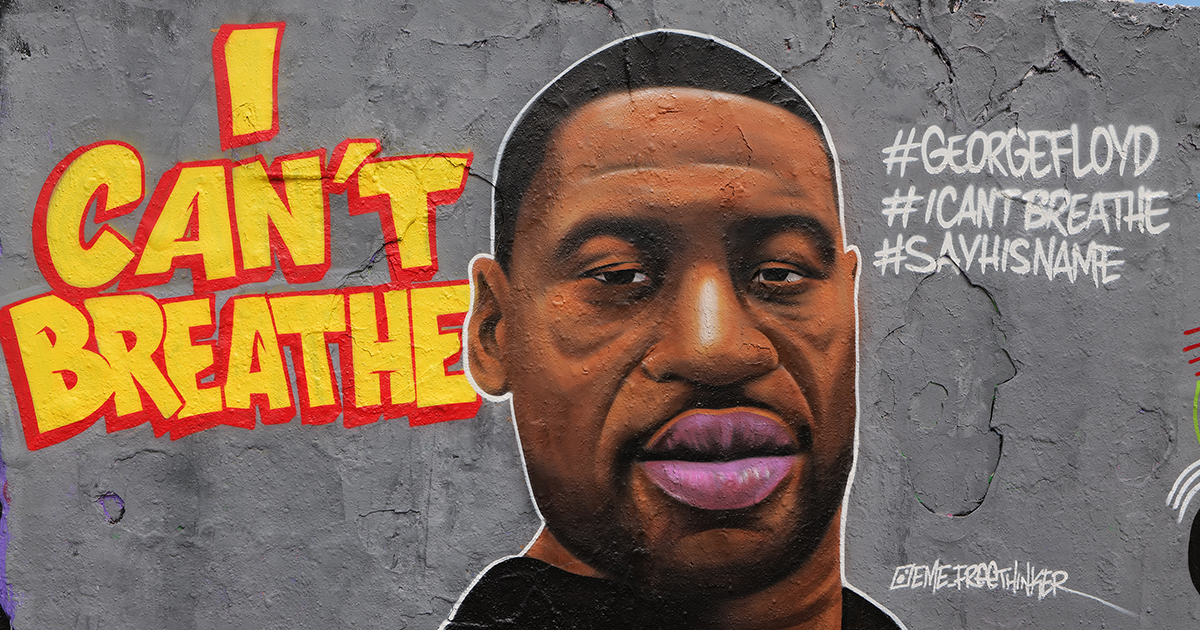 Mural in memory of George Floyd in Mauerpark in Berlin, Germany. Photo by Leonhard Lenz. Dedicated as Public Domain.

We do not celebrate, nor do we gloat at this verdict, for there is no joy in what has happened here. But we do hope this means a new beginning and a movement that begins to dismantle the structures of racism that have festered for far too long. The reality is George Floyd should still be among us. Instead, he has become a symbol of the need for change in the process of policing. It is my prayer that this verdict is the first step. 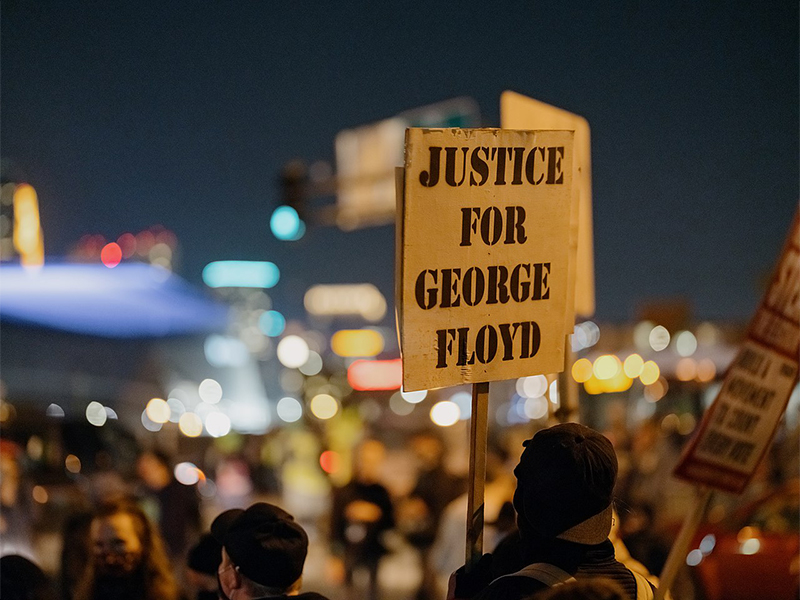 A protester holds a sign stating "Justice for George Floyd" with the Minneapolis, Minnesota skyline in the distance on November 4, 2020. Photo by Tony Webster licensed under CC BY 2.0.

The struggle for justice is far from over. Even as this verdict is handed down, we once again find ourselves in mourning for those who have lost their lives in recent weeks at the hands of police. Just blocks away from this trial, Daunte Wright, a 20-year-old man, is shot by a police officer who claims she meant to tase him, not shoot him. The family of 13-year-old Adam Toledo, shot by police in Chicago, mourn today at his senseless death. Once again in Louisville, a Black man is wrestled to the ground by police while video clearly shows an officer punching the man in the face while he is restrained.

Our Lord Jesus Christ calls on us to love the otherness of the other, yet a year after several shootings of unarmed persons of color, we find ourselves repeating history once again. The cries of victims seem to fall on deaf ears. The verdict is in, but the trials and tribulations are far from over. Equality is still not within our reach.

It is our prayer that this is the beginning of change — not just a one-off case, but a true change in the very fabric of society. May God reach into the hearts of every individual in this country and tear away everything that smacks of racism, bigotry and privilege. May God replace it with the warm embrace of compassion, justice, mercy and love.