Home News Following her call, no matter the path

Following her call, no matter the path

Dr. Tamar Wasoian shares her hope for receiving citizenship and getting her ‘wings back’ 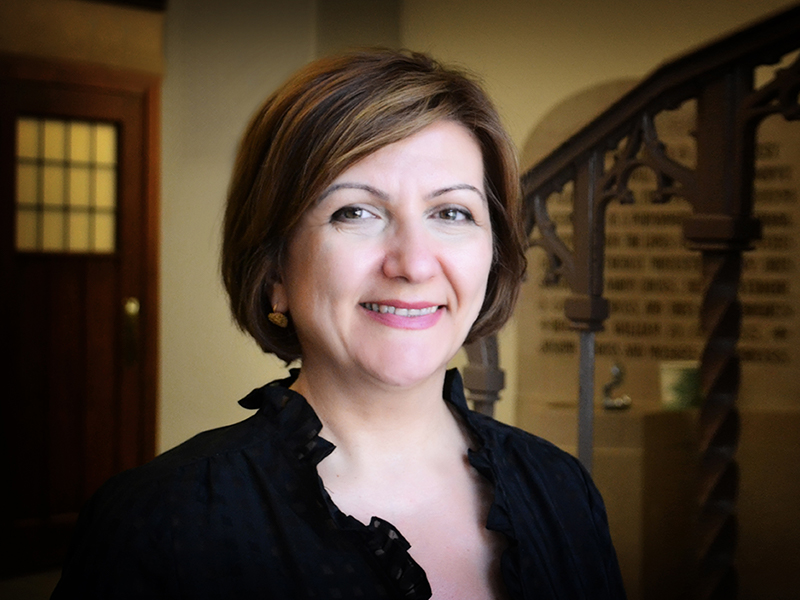 When Dr. Tamar Wasoian was a little girl, she’d pray, “I want to serve you, God; please show me how to do it.”

This childhood prayer has turned into a life of service that has taken Wasoian from her birthplace in Aleppo, Syria, to her current home in Houston, on a journey she could never have imagined.

Wasoian’s grandparents survived the Armenian genocide of 1915 and settled in Syria. During her years growing up in Aleppo, Wasoian was raised in the Armenian Orthodox and Reformed churches. Her call to serve God took her to the Near East School of Theology in Beirut for her undergraduate education. In 2002, she received her master’s as a Global Scholar at McCormick Theological Seminary in Chicago before returning overseas to lead Christian education ministries in the Republic of Armenia.

In 2008, she came back to Illinois and completed her doctoral studies at Garrett-Evangelical Theological Seminary. She has taught at Garrett and McCormick and served as a PC(USA) International Peacemaker, speaking in churches across the country. She is now director of the Lifespan Religious Education Program at the Bay Area Unitarian Universalist Church in Houston and teaches online for Lexington Theological Seminary in Kentucky and Wesley Divinity School in the Philippines.

Wasoian also recently came under care of the Presbytery of New Covenant in Houston to seek ordination as a minister of Word and Sacrament.

Her church of origin does not ordain women. “I thought, what’s the difference, you’re doing ministry,” she said. But in the past year or so, she realized she was ready to pursue ordination. “This was the tipping point: I was teaching, and one of the little boys said, ‘Well, you’re the associate pastor.’ I said, ‘No, I am the director of religious education.’ And the little boy insisted, ‘Yes, that’s what I’m talking about.’ I thought to myself, the little boy sees it as it is, why don’t you claim it as it is?”

Wasoian is excited about this new path in her life, but getting here has not been easy. While she was working on her doctorate, the war began in Syria in 2011. It was not safe to return. Her parents and sisters were able to resettle in Sweden as refugees and are now Swedish citizens. Wasoian remains here under Temporary Protected Status (TPS).

The word “temporary” is apt because she is in a constant “place of limbo.” TPS has to be renewed every 18 months. The renewal isn’t automatic and takes five months to process. She faces all the challenges and complexities that come with bureaucracy. “Every time I reapply, it’s two pounds of applications, and when I send them, I hope someone will be paying enough attention to process it,” she said. She needs to have her work permit on time so she can teach, and she has to get a new driver’s license every 18 months, which is hard to imagine for those of us who complain about the occasional trip to the DMV. “I have to do this over and over.”

The five months of lag time in the process can be “awfully scary.” She feels vulnerable when complications arise, such as her work permit getting lost in the mail or people questioning whether she has legal status. But “you can’t live in fear; you have to give meaning to your life. I need my dignity,” she said.

The American Dream and Promise Act, which has passed the House and is before the Senate, could be a turning point for Wasoian. If signed, a pathway to citizenship will open for her. She is ready, not only because TPS is a challenge but because the United States has become home.

During her nearly 13 years in the U.S., she has impacted hundreds of lives, as a fellow student, religious studies instructor, church member, peacemaker, mentor and friend. She pays taxes, she participates in her community and she has been educating church leaders amid being one herself.

“Citizenship means giving me my wings back,” said Wasoian. “As a woman from the Middle East, I worked so hard to get here. I thought a degree in the U.S. would give me possibilities, but then the war started, and my life has been this temporary situation.”

When Wasoian began reading the handbook on preparation for ministry in the PC(USA), she saw a reference to the Office of Immigration Issues in the Office of the General Assembly. She contacted them and received an immediate response that has led to conversation and support. “Having people who I can talk with, and who understand — it’s a huge relief,” she said. “It’s about human value. I don’t have to prove my value to you. It’s an inherent right. It’s there because we are created in God’s image. That’s the community we are called to.”

The Office of Immigration Issues was established by action of the 216th General Assembly (2004). The office provides legal advice and counsel to mid councils and congregations regarding immigration issues, coordinates advocacy and education efforts, and creates worship materials. For information and resources, visit pcusa.org/immigration. If you would like more information on legislative measures that will protect Wasoian and others like her, visit the Citizenship for All campaign at citizenship4all.live/100-days-campaign.