Special topic planned for The Journal of Presbyterian History

Examining 'The Dynamics of Indigenization' around the world 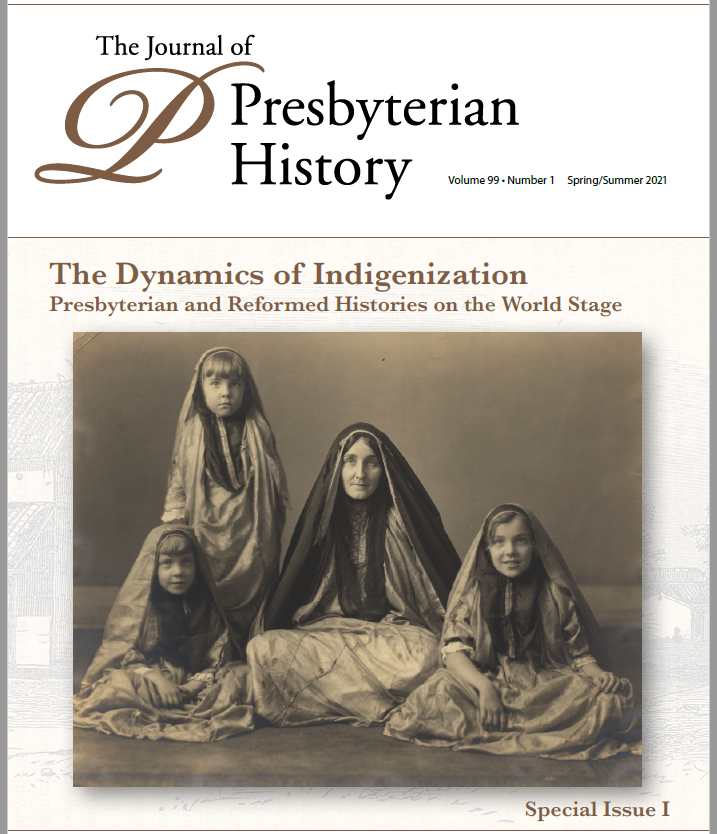 During a PHS Live session on June 10, at 2p.m. EDT, senior editors Nancy J. Taylor and James Moorhead will discuss their decision to focus on “Presbyterian and Reformed histories on the world stage,” and how the special issues relate to other changes at The Journal and PHS.

Nancy J. Taylor is Executive Director of PHS, a ministry area of the Office of the General Assembly.

Guest editors Bonnie Sue Lewis, Heather J. Sharkey, and Connie Shemo will also join the June 10 session, which will be shared on Zoom and Facebook Live.

The guest editors’ introductory message in the Spring/Summer 2021 issue identifies goals for the two-part series: to consider “how people in Presbyterian and Reformed missions, churches and communities interacted with each other and with members of wider societies, while adapting practices, ideas, and identities to suit local needs and conditions.”

In the context of global mission, “indigenization” often refers to the transfer of leadership and power from denominations based in the United States to native churches. In the upcoming Journals, indigenization will also serve as a framework for exploring ways native cultures and native Christians have shaped worship in their communities and around the world.

The Spring/Summer 2021 Journal looks closely at the history of North India, Thailand and the Middle East.

Feature articles examine the life and writings of Ishwari Dass, a 19th-century North Indian Presbyterian intellectual and pastor; the changing relationship between missionaries and Thai Christians in the decades following World War II; and early photos missionaries disseminated of Muslims and missionaries wearing Islamic garb — a form of indigenization aimed at American audiences.

The Fall/Winter 2021 issue will feature articles on the Belgian Congo, China and Hawaii.

Regardless of geographic focus, the articles in the two-part series seek to “provide greater understanding and awareness of Christianity as a world religion,” according to the guest editors.

“They also signal new directions for the study of indigenization and translation as they bring to light the complexities, nuances and possibilities for a religion with 'worldwide connections and relationships,'" the guest editors said.

Subscribe to The Journal of Presbyterian History at www.history.pcusa.org/journal