The new Presbytery of North Central California begins its work 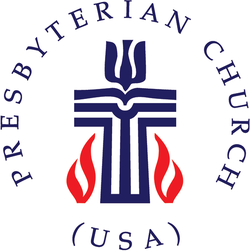 July 1 marks a turning point for those who have been part of the Presbyteries of Sacramento and Stockton in California. As of today, the two separate presbyteries are gone and a new one has emerged — the Presbytery of North Central California.

The newly created presbytery has been in the works for some time as the list of congregations has become smaller in both of the previous presbyteries over the years. During an interview with the Presbyterian News Service in February, the Rev. Dr. Mary Westfall, transitional presbyter with the Presbytery of Sacramento, said each presbytery had its own culture and history, and had been shaped by the geography and sense of place in which they were located.

“They each bear the impact of the upheavals and changes within the Presbyterian Church (U.S.A.) that led to a significant number of churches leaving the denomination over a three-to-five-year period,” she said. “Both are smaller than they were a decade ago, but each has continued to support pastors and congregations, engage in meaningful ministry and nourish the souls of many.”

As membership shifts across the denomination, the Office of the General Assembly says other presbyteries have also been looking at the best way to move forward.

“There are conversations going on in other places among some presbyteries about whether to merge or work together in a different way,” said Tricia Dykers Koenig, associate director of Mid Council Relations. “Those conversations are happening in various places. But everything is up to date as of July 1.”

It’s been a busy year for the Administrative Commission on Mid Councils, which was authorized by the 224th General Assembly last year. It acts with the authority of the GA by approving synods’ requests to organize, divide or combine presbyteries. During its meeting in February, the commission approved a request from the Synod of the Rocky Mountains to move the boundary between Glacier and Yellowstone presbyteries to allow Glacier to better facilitate the work of a new ministry in Basin, Montana.

Dykers Koenig says other conversations are taking place, but the decision-making process can be a slow one.

“With the leadership of the Synod of the Northeast, the presbyteries in New Jersey talked about it for years and it was a very complex process with a lot of conversations. Like a mighty turtle moves church of God,” she said. “We believe in making decisions in groups and not having one person deciding and telling us, so there needs to be a lot of conversation.”

Dykers Koenig says two in Arizona, the presbyteries of De Cristo and Grand Canyon, have had the same staff for some time.

“They went through a process and decided to keep it the way they have it instead of merger,” she said. “Three presbyteries in Iowa are sharing staff but remaining separate. There are three full-time executive staff serving all three presbyteries as opposed to being one big presbytery.”

Dykers Koenig says it is all about what works best for the presbyteries and the churches they serve. Today’s update in California takes the number of presbyteries across the PC(USA) from 167 to 166.