Home News Jesus is still in the midst of us

Jesus is still in the midst of us 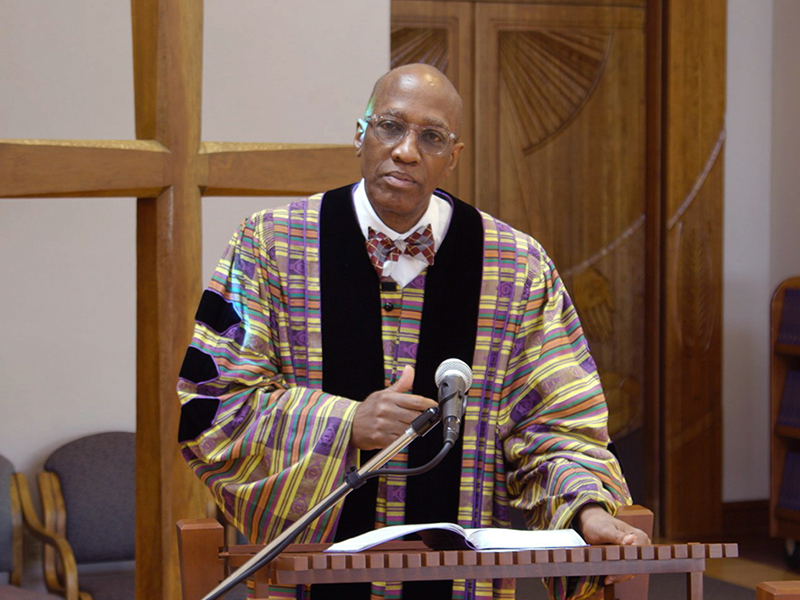 “Do not be conformed to this world, but be transformed by the renewing of your minds, so that you may discern what is the will of God.” — excerpt from Romans 12:1–3

More than 16 months after the COVID-19 pandemic tightened its grasp on the world, the Stated Clerk of the General Assembly of the Presbyterian Church (U.S.A.) is urging churches not to lose hope. The Rev. Dr. J. Herbert Nelson, II preached virtually to Oakhurst Presbyterian Church in Decatur, Georgia, last week.

Nelson told the church that the presence of the Lord reminds Christians that they are not alone in times like these.

“The writer of Romans says mimicking God is not bad. Mimicking the one who gives us health, strength and life is not bad. The one who walks with us every hour and shows us the way because we cannot find for ourselves is not bad,” said Nelson. “Actually, it is a will that we should have driving through our spirit and soul in times like these.”

Even though vaccinations have brought a reopening across the country, the new variants of the virus have caused an uptick in the infection rate for those who have not been vaccinated. Nelson says people need to continue to lean on Christ in these times.

“I do believe this is a test and a challenge in so many ways in our personal lives because they are so busy and clouded with things that have to be done right now at this moment. We created a world like that,” he said. “And yet, we see now, not the crumbling of people’s lives and pain of losing loved ones, but the transformation of institutions that have to rethink their purpose and care for their workers. Institutions that have to stop for a moment and give homage to one that is greater than what their empire represents in these current days.”

Nelson told the congregation that God has not abandoned the world.

“Could God be saying something, not bringing on the pandemic, but by being in our presence while we deal with it?” Nelson asked. “That’s the way God always acts, through the moments when we are most vulnerable, when we have lost our way, when we are crying and struggling over how we are going to get through it. That’s when God gets our attention.”

“Some people have not been vaccinated and yet there are those in denial mode that this is even a reality. But there is something we are called to do in faith,” he said. “A calling to be what God wants us to be in these moments, to be sane and sober with regards to our actions and understanding of who God is, to not test God in these moments.”

The Stated Clerk added that this could be a “God moment” for people to go deeper in faith and understanding of what it means to be part of humanity and to love their neighbors.

Nelson acknowledges that churches are anxious to get back to routine and in-person worship. But he adds that Christians need to listen to what God wants from the church moving forward.

“I think God is calling us to adjust to what it really means to be human, to love, to care for our neighbors and reground ourselves to the root of the gospel. This is time to think through and calibrate what future ministry looks like in days to come,” he said. “Some predict we will have variances of this virus indefinitely. We don’t know what the future holds, but we’ve never known what the future holds.”

Nelson told the Oakhurst congregation that it’s time to “recalibrate and pull out a new message of faith and hope.”