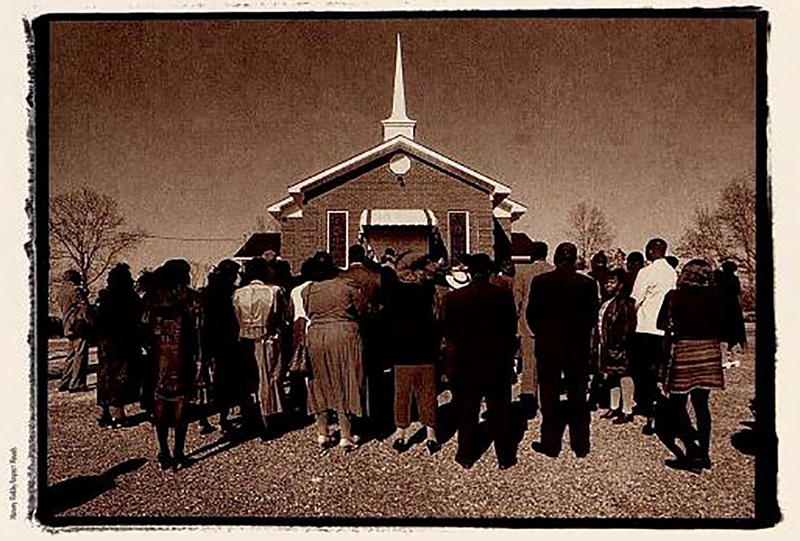 Members gathered around a rebuilt church. Photo taken from the Burned Churches Project report, "A Time to Heal"

Members gathered around a rebuilt church. Photo taken from the Burned Churches Project report, "A Time to Heal"

The Church World Service (CWS) collection — transferred to PHS from the National Council of Churches (NCC) and CWS in the 1980s and 2000s — documents the work of the relief agency that formed in 1946 to provide food and medical supplies across Europe and Asia in the wake of World War II.

The 119-cubic-foot CWS collection shows the organization’s work throughout the 1960s and 1970s when it expanded into Africa, Latin America and the Middle East and shifted its mission from providing immediate disaster relief to creating long-term development projects in partnership with local communities.

PHS has also made the records of the Burned Churches Project available to researchers.

The Burned Churches Project began in 1996, when the NCC brought the epidemic of hate-motivated church burnings to nationwide attention. The Rev. Charles Mac and pastors from 38 churches burned by white supremacists traveled to Washington, D.C., to meet with President Bill Clinton and the secretaries of the Treasury and Justice Departments.

A month before, in May 1996, the NCC had initiated the Burned Churches Fund, which included Jewish, Muslim and Roman Catholic partners. The Burned Churches Project emerged from this fund and assembled a network of volunteers to help rebuild churches and ecumenical efforts to promote arson prevention measures. Throughout the project, over 156 churches were rebuilt by thousands of volunteers.

“It was important to process these records so that people can have access to files documenting the history of church burnings in the United States, research how ecumenical groups addressed the racism behind these attacks, and read the powerful stories of how communities rebuilt the churches,” Wittrig said.

Those interested in visiting PHS in Philadelphia to explore collections should email refdesk@history.pcusa.org to make an appointment.