Massive transition and transformative work lie ahead for the church

Stated Clerk delivers sermon on the need for change 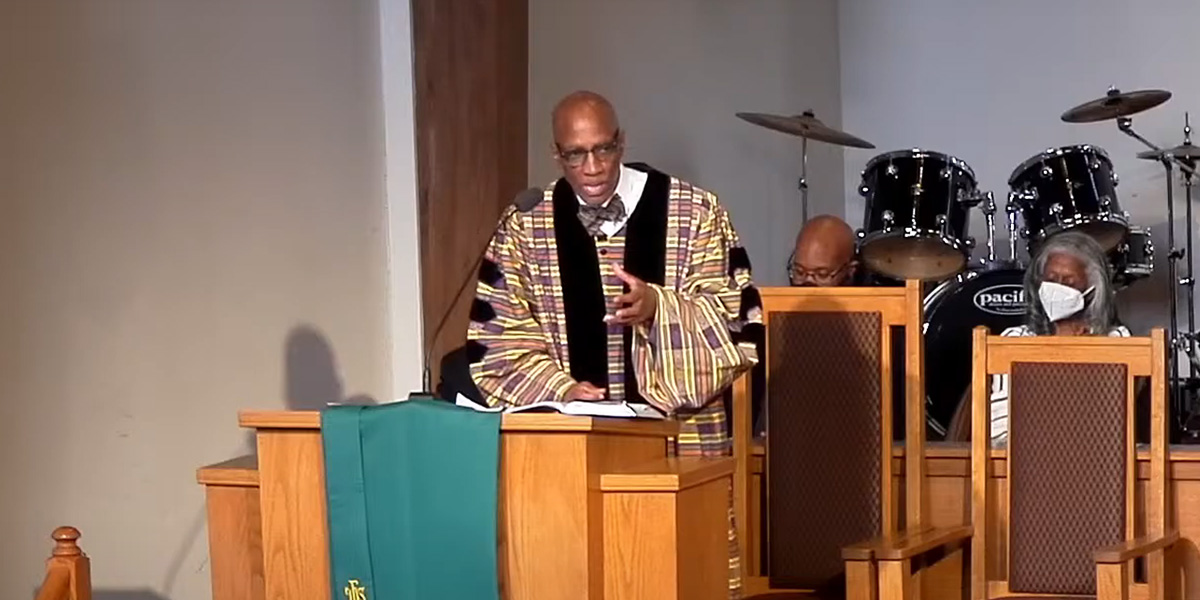 Jesus’ disciples faced a lot of fear and uncertainty in those final days of his ministry on earth. The Bible details how many stumbled, denied, hid and pondered what to do next as Christ faced persecution and crucifixion on the cross.

“The Book of Acts reminds us of the fear and trembling as the disciples sat in the upper room, hiding because they were afraid of losing their life when Jesus was crucified,” Nelson said. “Can you imagine a friend of yours who was put upon a cross, nailed and left there to die without having any sense of help along the way to ease the pain? Doing this for the sake of those who had followed him and those whom he had called? It was the terrifying lynching of our Savior.”

Nelson told the congregation he is convinced that while the disciples were together, they blamed each other for what happened and that church members today often place blame on others instead of themselves. He adds that Presbyterians, like all Christians, need to accept that “we are individuals living by the grace of God."

“God’s grace woke us up this morning when others did not. God’s grace gives us an opportunity to worship when others cannot. God gave us grace to be in the midst of a world right now where we can think about things that are ahead of us and can challenge ourselves when others did not make it and cannot do it,” he said. “Every day is a day of Thanksgiving. We also know the grips of fear and struggle that comes in the midst of us where somehow the world in which we live does not act the way we would like it to.”

Nelson added that the church of Jesus Christ is in repair, struggling to figure out what it means to walk by faith and not by sight.

“We are afraid right now. In the midst of our faith, in the midst of coronavirus, in the midst of what has taken place in public schools, all the madness in this particular election cycle, the world is in disarray,” he said. “People are lost in the streets and cannot make it. They do not have hope in their lives, and many are being locked up somewhere because the game is against them, and they do not have a chance because they are not born in privilege and yet they are fighting every day of their lives to make it.”

Nelson says the church must be about the business of massive transition and transformative work and move away from focusing on how large or small a church might be.

“I’m convinced that the relevance of white and Black churches is going to have to turn to people as Jesus did that are struggling on the vine today,” he said. “It is not about just me, my and mine, but things that have to be done to transform a world that has run amok. Even in high places we have seen it, the power mongering without concern for those who are struggling.”

Nelson concluded by saying church must change the way it looks at ministry.

“We can no longer be a place that believes if we build it, they will come. We are in a ruthless society now and we must learn to rise above it and claim it,” Nelson said. “No longer can we go to church and get happy on Sunday and send people back to hell on Monday. This world needs to be cleaned up.”

The Stated Clerk’s entire sermon can be viewed here .