On November 14, former Presbyterian Historical Society (PHS) research fellows gathered on Zoom to share about their experiences at the national archive of the PC(USA). 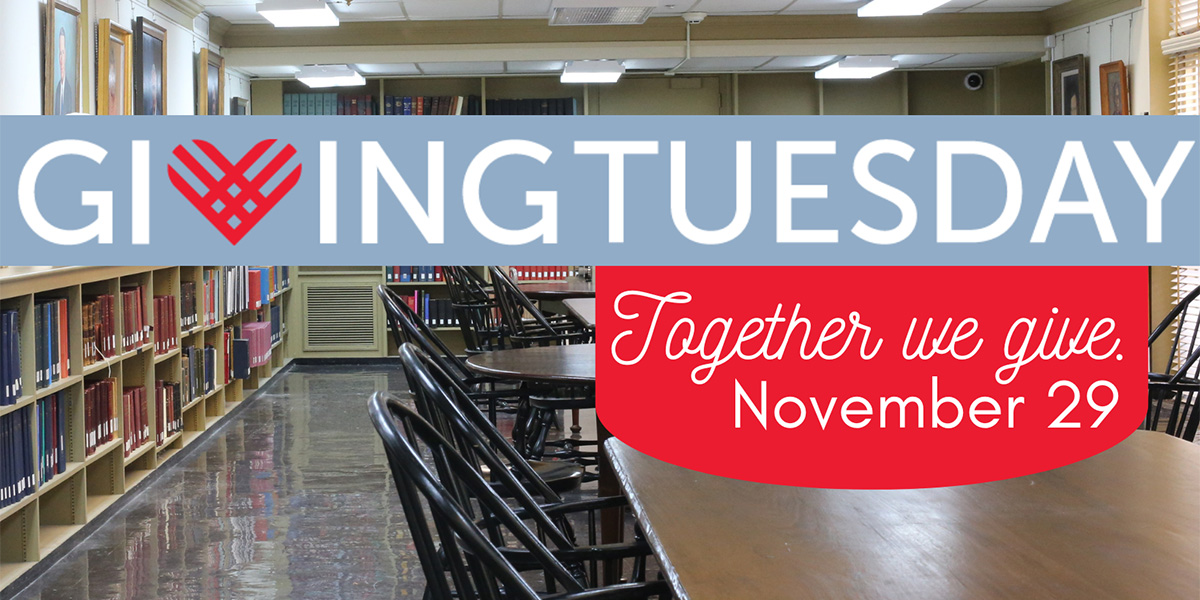 To begin the program, PHS Executive Director Nancy J. Taylor shared about the grants, which bring scholars and independent researchers to the archive by providing stipends of up to $2,500.

“The Presbyterian Historical Society has had a research fellowship program since 2004. Over that time we have hosted 47 Research Fellows thanks in part to generous donations from our supporters,” Taylor said.

The conversation focused on the work everyone did while visiting PHS during their travel grant period. Topics discussed — Christianity and broadcasting, Presbyterian mission in the Congo and Iraq, Christianity and sports — revealed the expansive nature of the PHS archives and demonstrated the ways in which the Presbyterian Church (U.S.A.) and its predecessor denominations influenced national and international movements.

Putz, Assistant Director of the Faith & Sports Institute at George W. Truett Theological Seminary at Baylor University, researched how the image of Christian athletes originated with the Fellowship of Christian Athletes — a group he investigated through the National Council of Churches records housed at PHS. Angsusingha, a recent fellow and current graduate student at Georgetown University, found evidence of how Presbyterian schools inculcated gender norms and civic engagement by reviewing mission reports in the United Mission in Iraq records.

Angsusingha was especially thrilled to come across yearbooks from Iraqi students who attended the mission schools and referred to them as the “treasure that I found at PHS.”

When asked how the records housed at PHS capture the perspective of African voices, Loffman explained that toward the end of the mission in the Congo there was “a very wide-ranging network of APCM mission stations and substations” that produced pastors who are Congolese. “Eventually the Congoglese want independence from American oversight, and they want to form their own church. I think one of the huge revelations [I had at PHS] was finding a document pertaining to decolonization and principally the formation of an independent Congolese Presbyterian Church.”

For Kenaston, the PHS archive helped reveal how the history of religious radio broadcasting is more complex than it is perceived to be in popular culture. “One of the cool things I saw at the archives were letters from listeners,” Kenaston said. “You were able to get a sense for who’s turning in [and] how they’re experiencing [the broadcast]. And you’re seeing the ways that listeners are listening against denominational and creedal lines.”

Although the panelists’ topics varied, when Britton asked how the PHS Research Fellowship grants impacted their ability to conduct research, the answers were universal.

“In terms of the impact with my research, I don’t think I could have done my research without a PHS Fellowship,” Loffman said.

“The Fellowship definitely helped me make tremendous progress in my archival research on missionary education,” Angsusingha said. “In my case visiting an archive pushed me to explore and situate the Presbyterian archive in a larger historical framework.”

“I love the mission of the historical society and the way that you allow young scholars like myself to get to do this type of research,” Putz said.

To close out the broadcast, PHS Director of Development Luci Duckson-Bramble shared how people can support the Research Fellowship Program.

“[On] Giving Tuesday we’re asking [you] to consider making a donation so we can help researchers in the future by providing grants to them,” Duckson-Bramble said. “I’m really happy to say that we already have a challenge gift of $5,000. Every donation that’s made up to $5,000 will be matched.”