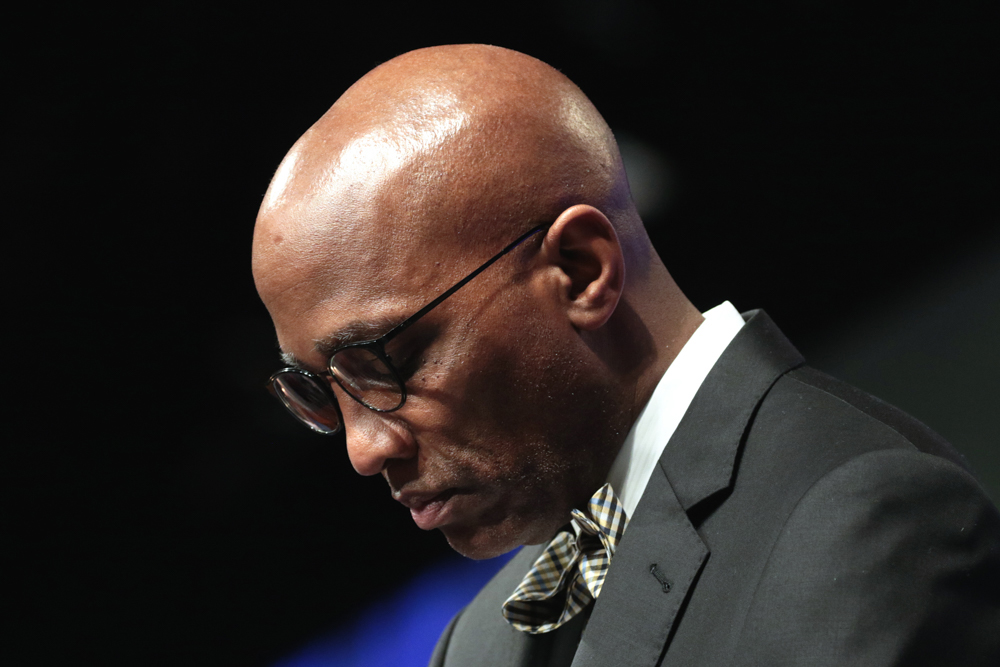 College athletics provide tremendous opportunities and wonderful memories for student athletes. Regardless of the sport, teams build confidence, character and connections that can last a lifetime. They share the joy and jubilation of victory and gather in a huddle after a painful loss. Emotions are strong, and only those who’ve taken that journey know what it feels like.

Rivalry among schools and fans is natural and hopefully good-natured. There is nothing wrong with the desire to see your home team go the distance and win the prize. But there is a fine line between friendly banter with opposing fans and the hurtful casting of threats and racial slurs against students.

Can you imagine what that did to those young ladies as they walked into the stadium? Can you imagine how that made them feel? Words can cut deep, and while the scars may not be visible, rest assured, the scars are there.

This has become all too common in our country today. It seems we can’t take two steps forward in our quest for racial equity without taking three steps back with incidents like this. What is to be gained by showering these young ladies with comments aimed at making them feel less than human, and where does this end?

I applaud the leaders of both Howard University and Presbyterian College for quickly condemning the remarks, and I agree that this verbal display of hatred has no place in civilized society. This deep-seated hate and bigotry is demoralizing to those who strive for peace and equity and reminds us that race and bigotry still occupy the center stage in America in regard to human relationships.

We take for granted the rights and privileges we have in this country, but all we have to do is look at what is happening half a world away to see how quickly that can disappear.

I pray that healing can begin for these young women, that they will hold their heads high and not allow the mindless remarks of a few people tarnish their dreams, goals and accomplishments.