COGA focuses on preparations for the 225th General Assembly

Spring meeting looks at GA business, per capita and preparations for June event 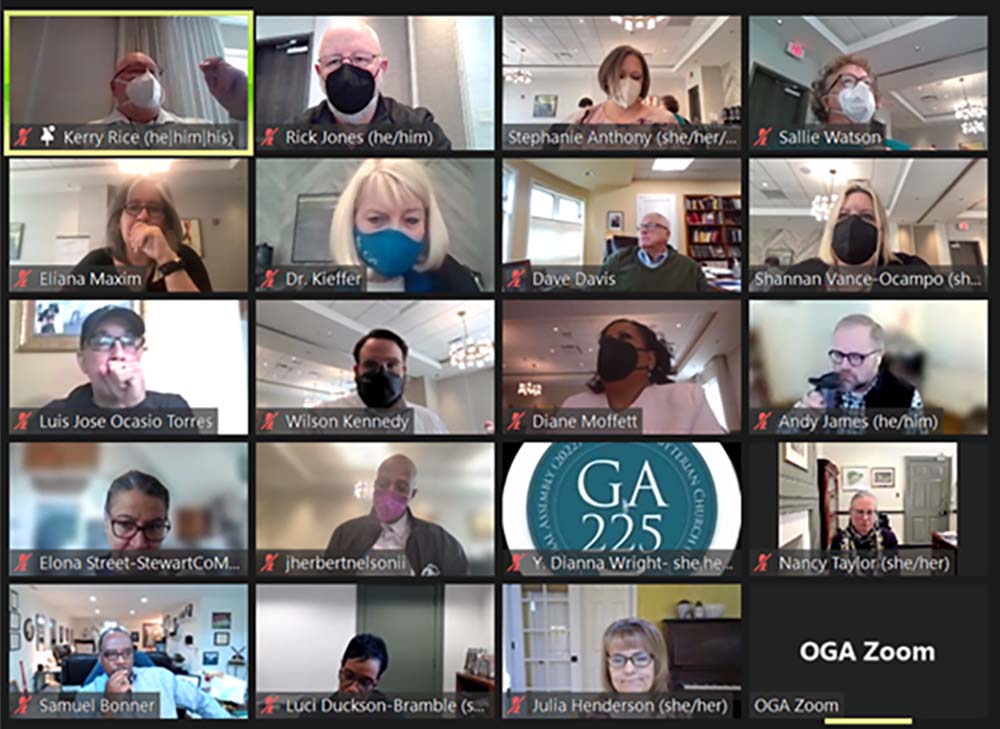 The Committee on the Office of the General Assembly held a hybrid meeting this week in Louisville.

The Committee on the Office of the General Assembly held a hybrid meeting this week in Louisville.

For the first time in more than two years, several members of the Committee on the Office of the General Assembly gathered in person this week with Office of the General Assembly leadership for its regular spring meeting. The hybrid gathering was held in Louisville near the Presbyterian Center with half taking part via Zoom. It was the first time the group met together since its winter meeting in Baltimore in 2020 right before the start of the COVID-19 pandemic.

Planning and preparation for the 225th General Assembly has been the main focus of the three-day meeting as committee members reviewed the business coming before commissioners and advisory delegates in two months. The bulk of the conversation during the first two days focused on denominational structure and financial health at a time when church membership continues its downward trend. Current membership stands at more than 1.1 million.

Several major issues are looming for the 225th Assembly, including a recommendation to unite the Office of the General Assembly and the Presbyterian Mission Agency to better reflect the size and needs of the church at this time.

There was lengthy discussion around raising the per capita rate to cover OGA budget needs in the next two years. The current rate is $8.98 per member, but Deputy Stated Clerk Kerry Rice says an increase will be recommended.

“We are considering hosting an ecclesial formation event in 2023 that would focus on formation and leader training and would need additional money to seed an event or series of events. This is where we could have conversations around what membership means or a conversation on polity,” he said. “We also want to include funds to hold a traditional General Assembly, should the Assembly choose to do so.”

A per capita increase, says Rice, would also be needed to better serve the church — the voluntary separations that occurred in 2020 left OGA unable to effectively fulfill some of its responsibilities, including ecumenical/interreligious and technology-related positions. 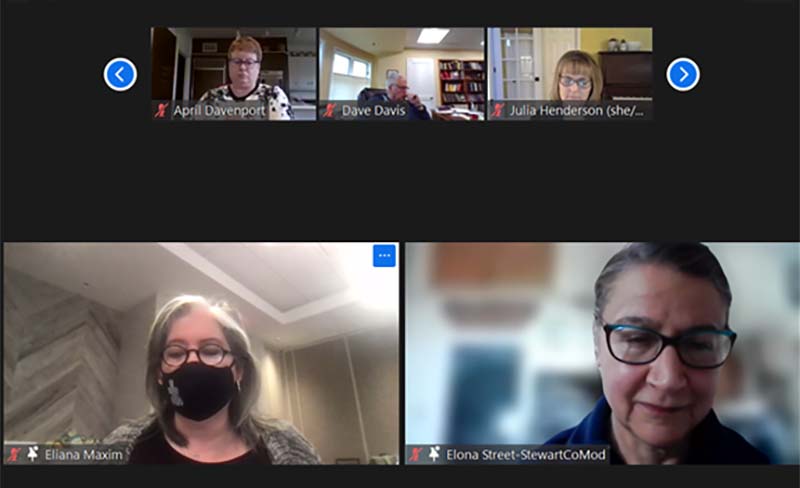 “OGA also needs a dedicated resource for abuse prevention. There have been several committees that have worked on the issue of sexual misconduct,” he said. “We want a staff person who can help respond to those kinds of issues.”

Rice adds that a boost in the per capita rate would also help slow down the use of financial reserves.

“OGA didn’t draw on reserves during the last two years, but those reserves will be at or below the mandate of 30% by the end of 2024,” he said.

The proposed per capita rate increase is still being reviewed and a final vote will be made May 2 at a joint meeting of COGA and the Presbyterian Mission Agency Board as well as the board for the Presbyterian Church (U.S.A.), A Corporation.

“The work we do together is not incidental but deliberative and purposeful. The COVID virus and how the parts of our church prepared for pandemic readiness was powerful and we acknowledge the exhaustion, isolation and tension of these times,” she said. “We have been impressed by how vigilant COGA has been to ensure safety within health guidelines while addressing how to hold our circles of community, so they are not really lost.”

Street-Stewart said preparation for General Assembly during the pandemic opened new opportunities for the denomination.

“All of the preparation going into GA has been non-ending. It doesn’t just go from one General Assembly to the next; it is continual. You helped deepen our understanding and trust of how we govern ourselves,” she said. “The work teams are busy doing phenomenal work. You are reviewing how we implement goals and representation, so thank God for that. It’s been very important. We are holding each other accountable while we are on the road to GA, just as Jesus joined disciples on the road to Emmaus.”

COGA completes its meeting on Wednesday.