Cover of "To Be a Conscientious Objector," published by the Presbyterian Service Committee for Religious Objectors, circa 1970. Via Pearl: 284884.

Cover of "To Be a Conscientious Objector," published by the Presbyterian Service Committee for Religious Objectors, circa 1970. Via Pearl: 284884.

The war in Ukraine has drawn attention to the issue of conscripted military service in Europe and Eurasia. In the United States, the last draft occurred during the Vietnam War, when the U.S. military drafted 2.2 million American men for service out of an eligible pool of 27 million between 1964 and 1973.

For researchers of that history, and researchers of church support for conscientious objectors, a new collection is now available at the Presbyterian Historical Society (PHS): UPCUSA Emergency Ministry on Conscience and War (EMCW) Records.

EMCW was established in 1969 by the UPCUSA in response to a 1968 General Assembly pronouncement to initiate a study on the church’s involvement in conscientious objection to the Vietnam War. The study was devised because the church recognized that draft board members were unsympathetic toward dissenting views and that the draft law itself was seen as discriminatory. The church also recognized that it had failed to consistently support conscientious objectors.

Administered through the Office of Church and Society of the Board of Christian Education, EMCW sought to provide impartial aid to draft registrants and their families. This included providing information and education about the draft, helping registrants develop competent ethical analysis skills and giving direct aid to conscientious objectors to war through prison visitations and aid to emigrants to Canada.

The newly processed collection, Record Group 533, totals 23 boxes. The collection’s scope chiefly covers EMCW’s work in the early to mid-1970s on issues of conscientious objection, draft counseling and education, alternate service and amnesty. The materials are primarily in English, but there are some Spanish language materials as well. 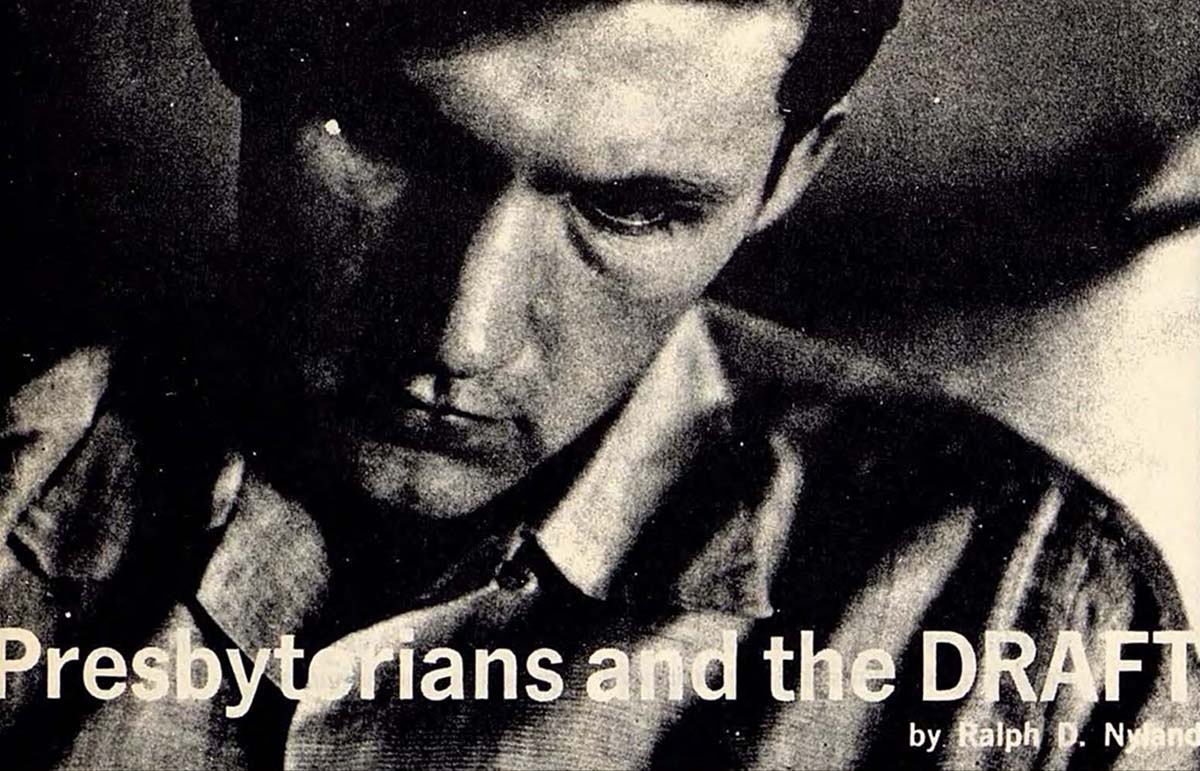 Art from Board of Christian Education article "Presbyterians and the Draft" by Ralph D. Nyland, 1970. Via Pearl: 284897.

Art from Board of Christian Education article "Presbyterians and the Draft" by Ralph D. Nyland, 1970. Via Pearl: 284897.

Click here to access the guide to the UPCUSA Emergency Ministry on Conscience and War Records and read more about the contents of each series.