Both groups bring years of pastoral and presbytery experience 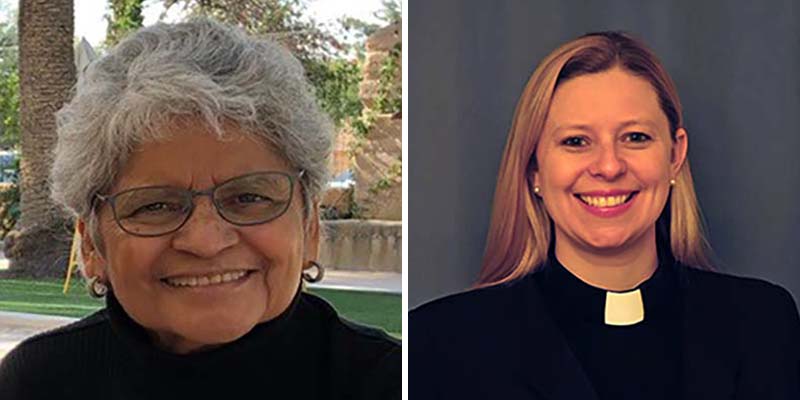 It took a while to get there, but two sets of candidates have announced their intentions to stand for Co-Moderators of the 225th General Assembly. The first to announce were Josefina Ahumada, a commissioned ruling elder from the Presbytery de Cristo, and the Rev. Marilyn McKelvey Tucker-Marek, a minister with Flint River Presbytery. The second team is the Rev. Ruth Santana-Grace, executive presbyter of the Presbytery of Philadelphia, and the Rev. Shavon Starling-Louis, pastor of Memorial Presbyterian Church in Charlotte, North Carolina.

Ahumada recently wrapped up a term as moderator of the Presbytery de Cristo and currently serves as chair of the Hispanic Ministries Coordinating Committee with the Synod of the Southwest. She also serves as moderator and pulpit supply with Papago United Presbyterian Church on the Tohono O’odham Reservation in Arizona.

For more than 20 years, Ahumada worked for the Arizona State University School of Social Work as a field education coordinator. She has also been a strong community activist.

As she looks at the challenges facing the PC(USA) post-COVID-19, Ahumada believes the church will need to take some risks moving forward.

“Some technological innovations may work, or they may flop, but there will be light, and we will discover unexpected outcomes,” she said. “It's really the work of the Lord, so it’s Spirit-filled work and so it’s not always very clear; it can be kind of ambiguous and so we’re trying to sort it out and trying to open our hearts and minds to it.”

For ministry to have an impact, Ahumada says loving people is key. After 50 years as a social worker, she says churches need to get to know people in their communities.

For the past eight years, Tucker-Marek has served as pastor of Forsyth Presbyterian Church in Georgia. She is a graduate of the University of Alabama and received her Master of Divinity from Columbia Theological Seminary in Decatur, Georgia.

In addition to serving as a church pastor, Tucker-Marek has served as a former moderator of Flint River Presbytery and currently serves as pastor of the UKirk campus ministry at the Mercer University campus in Macon, Georgia.

As she looks to the challenges facing churches today, Tucker-Marek believes the U.S. is in the midst of a post-Christian culture, adding that not only has technology changed, but also how people engage with one another has changed.

“Even in the Bible belt of the deep South where I serve, we, as the church, are not living in a Christian culture. But I think it offers us the opportunity to live our faith from a place of greater intentionality because every time we choose to practice our faith in a way that’s countercultural at all, it’s a more active choice, which I think leads to a deeper faith and more authentically lived faith life,” she said. “I hope that we will seize this as an opportunity to live our faith more deeply, more authentically.” 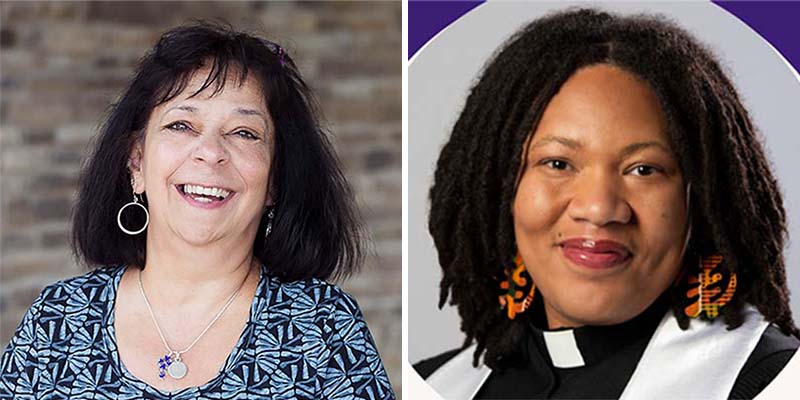 A native of New York City, Santana-Grace received her master’s degree in public administration from Baruch College and spent years working with government leaders in the U.S. and Europe focusing on education and economic development issues. She went on to receive her Master of Divinity from Princeton Theological Seminary.

After serving on staff at First Presbyterian Church in Bethlehem, Pennsylvania, Santana-Grace joined the Presbytery of San Gabriel as executive presbyter for nine years.

Santana-Grace says the past two years have been framed by pandemic, social unrest and the bold resurgence of racism — all contributing to a sense of isolation, anxiety and exhaustion. She believes one of the challenges before the Church is reclaiming its identity as a people of resurrection hope — through the telling of stories and the deepening of incarnational relationships.

“I am deeply moved by the work of transformation happening through the witnesses of our congregations large and small. I am encouraged by the creative work of mid councils as they consider new ways to come alongside those congregations. I am energized by the reimagining of our seminaries as they lean into new curriculums in a faithful effort to equip a new generation of leaders for a new expression of church,” she said. “In a world saturated with negative headlines and rapid tweets, we need to share these stories and claim these transformative spaces. They reflect the mountaintop experiences that will sustain us through the hard work of resisting forces that keep us from God and one another.”

Santana-Grace serves on the board of trustees of Princeton Seminary as well as the Presbyterian Foundation.

Starling-Louis believes the challenges for the church are emerging in the congregational and wider church settings.

“The first is the challenge of sharing the journey of communal self-discovery or rediscovery with a vision for where and how God is calling us to embody our vocation now. We are being invited in the varying yet interconnected contexts of our ministries to organize in ways that are creative, authentic and with deeper clarity. We have a challenge to articulate our theology of God’s calling in all the ways we are called to show up as Jesus followers,” she said. “The second challenge I am noticing as we emerge from the disorienting season of pandemic isolation and the rupture of social and political unrest too long dismissed is how do we gather together in ways that are faithful? We have real grief to lament. We have lost loved ones in the body, and we have lost loved ones in severed relationships.”

The third challenge, according to Starling-Louis, is how to cultivate, promote and embody life more abundantly in a society that is full of “quick quips and clickbait.” She says the church is challenged to interculturally, joyfully, inclusively humbly and creatively co-create with the ever creating-liberating-sustaining God a richer “theology of flourishing for the creation we have in our humanity been called to steward.”

All candidates for moderator/co-moderator will be presented at the 225th General Assembly of the Presbyterian Church (U.S.A.) on Saturday evening, June 18, during a session open only to commissioners and advisory delegates. All others may follow via the livestream on the GA225 website. The election will be held at the close of the evening.

The 225th Assembly will be hybrid this year, with committee members attending in person at the Presbyterian Center in Louisville for the first two weeks of meetings. The final week of plenaries will be held exclusively online.