Home News A time to stand firm: The 1964 meeting of the UPCUSA General Assembly

A time to stand firm: The 1964 meeting of the UPCUSA General Assembly

United Presbyterians prepared for their 1964 General Assembly in an environment rife with uncertainty and change.

United Presbyterians prepared for their 1964 General Assembly in an environment rife with uncertainty and change. 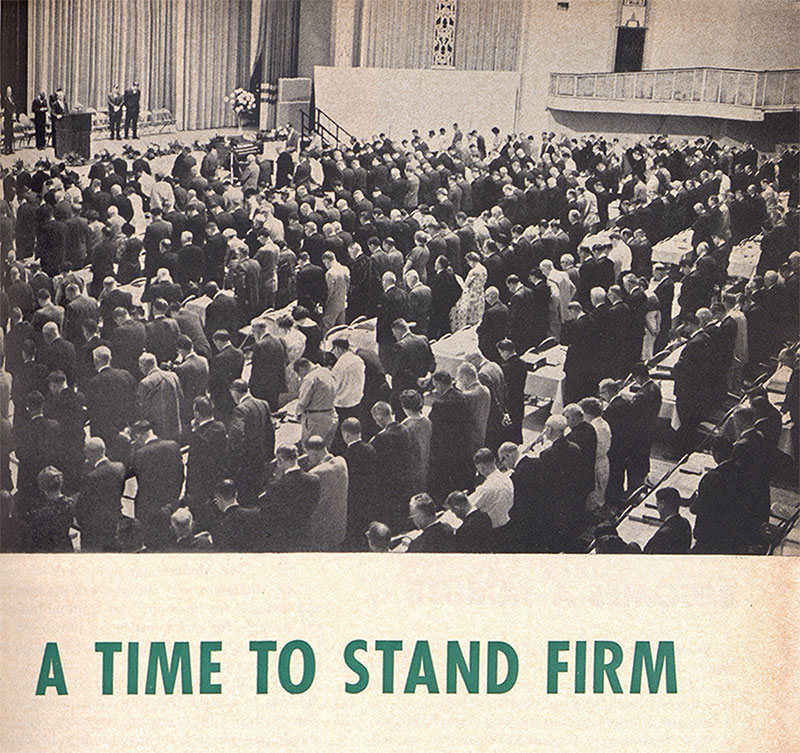 At the request of the newly elected Moderator [the Rev. Edler Garnet Hawkins], commissioners prayed for him in the first moments after he assumed office. Presbyterian Life, June 15, 1964, p. 3.

At the request of the newly elected Moderator [the Rev. Edler Garnet Hawkins], commissioners prayed for him in the first moments after he assumed office. Presbyterian Life, June 15, 1964, p. 3.

Civil rights had become a prominent national issue the year before, with the March on Washington and the bombing of the 16th Street Baptist Church in Birmingham that killed four African American girls. The assassination of President John F. Kennedy had deepened national divides. What, many wondered, would the new year bring?

Eugene Carson Blake, Stated Clerk of the United Presbyterian Church in the U.S.A., was an outspoken proponent of the civil rights movement. While Blake had significant support within the denomination, many resisted his efforts toward desegregation. Overture 22 to the 1964 UPCUSA General Assembly called for the Stated Clerk to “cease and desist” from all activities “that would bring disrepute [on] or lower the dignity [of]” the church.

Despite such calls for retrenchment, most General Assembly commissioners stood firm with Blake in his support of civil rights. On the opening day of the Assembly, almost 800 people attended the Presbyterian Interracial Council breakfast to hear the Rev. John Lewis, chair of the Student Nonviolent Coordinating Committee, proclaim the words, “We must turn this nation upside down in order to set it right side up. It is long past time when all of us must become involved.” 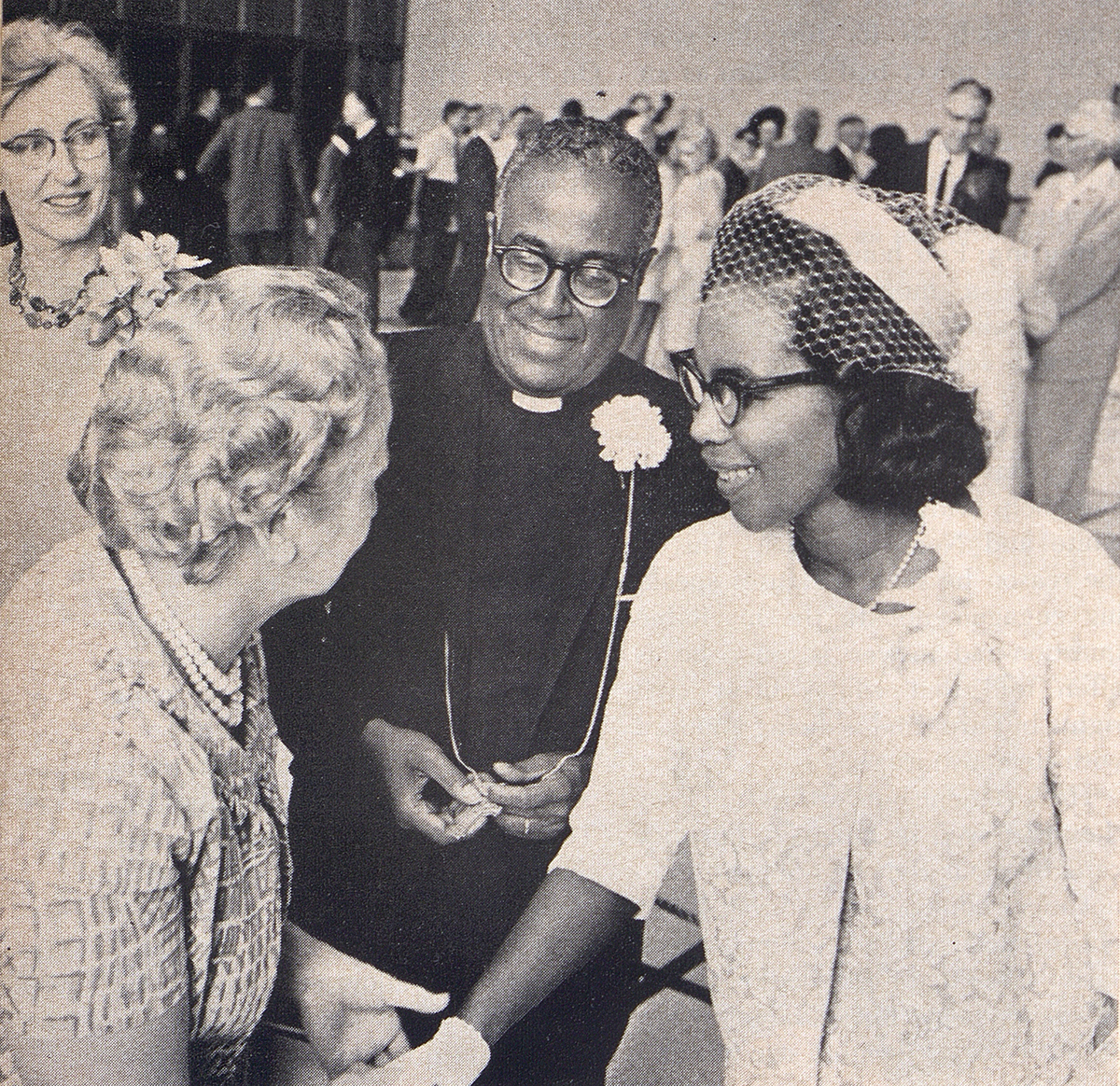 Perhaps not all United Presbyterians have attended meetings where at the end people stand, join hands and sing “We Shall Overcome.” Some were embarrassed and some may have been piqued, but most all soon joined in its deliberate cadences and came to experience the reality of integrated community, of integrated resolve, and of the prayer offered by Dr. Marshall L. Scott, chairman of the Commission [on Religion and Race], when he prayed, “Have mercy on the Church which dares to bear the name of Christ.”

Most significantly, commissioners to the 1964 Assembly elected the denomination’s first African American moderator, the Rev. Edler Garnet Hawkins, a member of the church’s Commission on Religion and Race.

What became of Overture 22? On the final day of the Assembly, the Standing Committee on Bills and Overtures announced its recommendation to take no action, in effect ending the move to censure Blake. On the floor of the Assembly, a motion was even made to commend him “for his courageous action and witness in the area of race relations; [and to] affirm his right and his duty as Stated Clerk to speak and act in consonance with the pronouncements and actions of the General Assembly.” The amendment passed overwhelmingly, and commissioners gave Blake a “thunderous, standing ovation.”

In its summary of the 1964 Assembly, Presbyterian Life stated: “The country once again has heard just where the United Presbyterian Church stands in the present social revolution.” Almost 60 years later, we remember that resoluteness, and how it advanced a historic cause.