Home News There is always room for growth

There is always room for growth 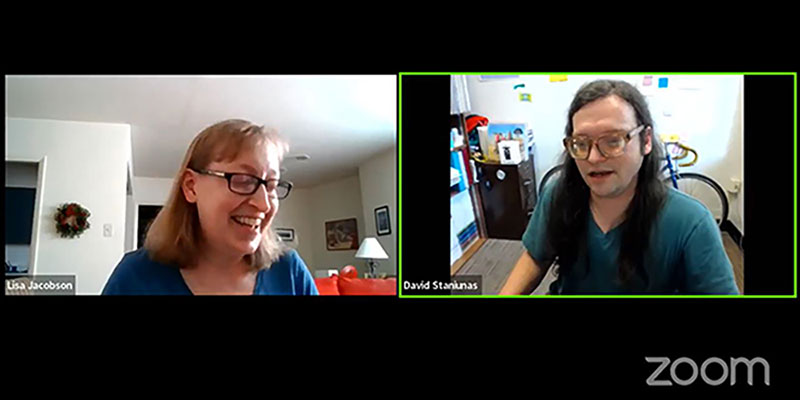 Lisa Jacobson (left) and David Staniunas (right) look back on pivotal moments in the history of past General Assemblies.

Lisa Jacobson (left) and David Staniunas (right) look back on pivotal moments in the history of past General Assemblies.

With the denomination currently making history as it holds its first hybrid General Assembly, the Presbyterian Historical Society took some time to reflect on past assemblies that greatly impacted the direction of the Presbyterian church, particularly in 1861, 1969, 1973 and 1983.

During the monthly webinar series “PHS LIVE,” Lisa Jacobson, senior reference archivist, started by looking back at the schism that occurred in the Presbyterian Church in the United States (PCUS) in the early 1970s. Jacobson hypothesized that this division likely accelerated the reunion of the PCUS and the United Presbyterian Church in the United States of America (UPCUSA), which occurred in 1983 after more than a century of separation.

The Committee on Causes of Unhappiness and Division was organized to gather information from those in the PCUS who were upset about the state of the denomination. The dissenters took issue with matters such as scriptural interpretation, the role of women in the church, expressing a position on abortion, and social action versus evangelism.

Jacobson said a group of congregants, though small, held tightly to the concepts of neutrality and silence. They believed the church, as a religious entity, should not make pronouncements or proffer any set stance on social or political issues. True loyalty to God meant focusing solely on evangelism, providing no arena for participating in the social and political issues of the day.

The ideas among this minority group were not new. Jacobson cited the Old School-New School schism of 1837, which lasted for years. While not the only reason for the schism, slavery played a large role in the rift. Jacobson explained that in 1845, members of the Old School argued that slavery was not a topic about which the church could — or should — speak. Years later, at the 1861 gathering of the Old School’s General Assembly, numerous Southern commissioners left the meeting after a resolution was put forward encouraging the support of the Union cause. This faction later became the PCUS. The reasoning of the dissenters echoed that of the Old School groups in 1845, that the Presbyterian Church, as a spiritual body, should not make pronouncements of a political nature. This perspective was echoed more than a century later in discussions during the 1973 division within the PCUS.

Though some level of reunion did occur in the years following the Civil War — both within the Presbyterian Church and the nation as a whole — efforts during the Reconstruction era ultimately failed as the United States entered the Jim Crow era and the myth of the Lost Cause took root in American culture.

“The United States of America failed to go through a process of truth, reconciliation and restitution — as did the Presbyterian Church,” Jacobson said. 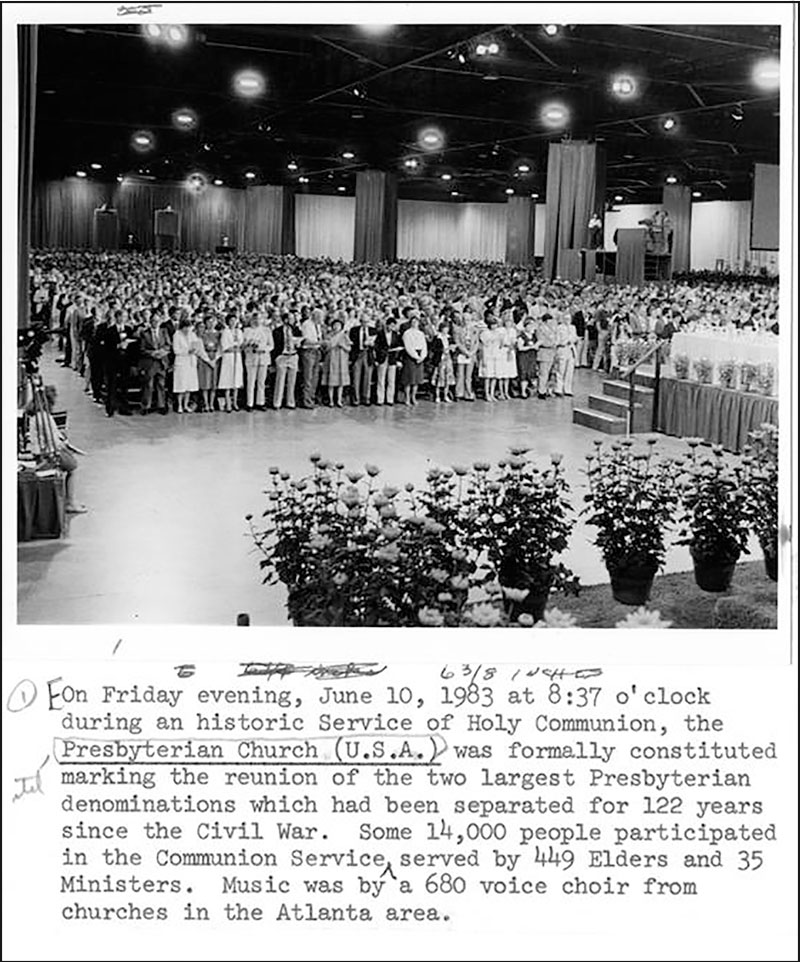 Historic Communion service when the Presbyterian Church (U.S.A.) was formally constituted, marking the reunion of the two largest Presbyterian denominations which had been separated for 122 years, Atlanta, Georgia, June 10, 1983.

Disagreement on various issues still courses through the veins of the Presbyterian church. Jacobson explained that after the 1983 reunion “race relations, human sexuality, ecumenical relations and declining membership … continued to impact the lives and discourse of Presbyterians.”

Jacobson closed out her presentation by calling attention to this year’s General Assembly and the report from the Special Committee on Racism, Truth and Reconciliation, which directs the PHS to create an online self-study tool for congregations and mid councils to investigate their own history and its impact on the lives of people of color, past and present. This serves as evidence that there is always room for growth.

David Staniunas, records archivist, also participated in the “PHS LIVE” session. He focused on the 181st General Assembly (1969) of the UPCUSA, particularly the Black Manifesto speech by James Forman. 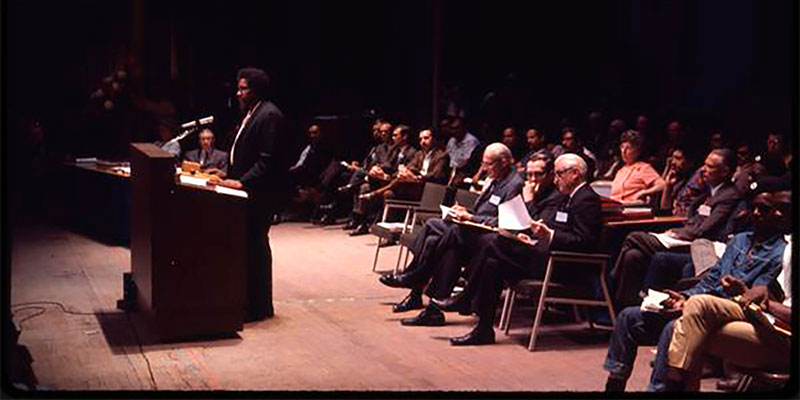 Forman had met with church civil rights leaders, such as Rev. Gayraud Wilmore, at the Black Economic Development Conference in the weeks prior to the GA meeting. The conference was funded, in part, by the National Council of Churches. There, Forman offered up the idea for his Black Manifesto and gained the support of many of the business and church leaders who had gathered there.

In his manifesto, Forman demanded that white churches and synagogues give financial compensation for the continuing oppression of the Black population of the United States. The program outlined collecting $500 million from these organizations and entities — $15 for every Black person in the nation. He proposed that this money would be distributed widely across the nation for the funding of a variety of organizations, relief funds and more.

“At a press conference surrounding the General Assembly, Forman was asked what the full tab for the Presbyterians was,” Staniunas explained, “and he said $80 million.”

About 10 days before the speech, Forman interrupted a service in New York City’s Riverside Church, identifying it as one of the many white congregations that owed reparations. The church organist continued to play over Forman’s words as congregants left the sanctuary in silent rejection of his speech. This event garnered national attention and helped Forman gain the full notice of the General Assembly, where he delivered his Black Manifesto in full to the gathered commissioners and congregants.

Responses to the events of the 1969 General Assembly were varied and generally cautious; however, the assembly immediately allocated funds to the Interreligious Foundation for Community Organization (IFCO). The following year, amid ongoing demands from Forman and other advocates, the assembly created the Committee on the Self-Development of People and directed that it receive proceeds from the One Great Hour of Sharing special offering. To this day, SDOP continues as a ministry that affirms God’s concern for humankind and remains a recipient of the annual offering.

“Presbyterians’ willingness to engage with liberatory or revolutionary causes, at home and abroad … arguably goes on to define the 1970s,” Staniunas said. Ever since the meeting of 1969, “the assembly continues to be caught up between the twin forces of liberation and reaction, which are arguably irreconcilable.”