Home News ‘A future with hope’

‘A future with hope’

The Rev. Dr. Mark A. Lomax finds contemporary parallels in the story of the Babylonian exiles

A series of long days and late nights during this 225th General Assembly was followed by an earlier than usual start time on Friday morning, July 8, as worship was pushed ahead an hour to stream at 10 a.m. EDT. 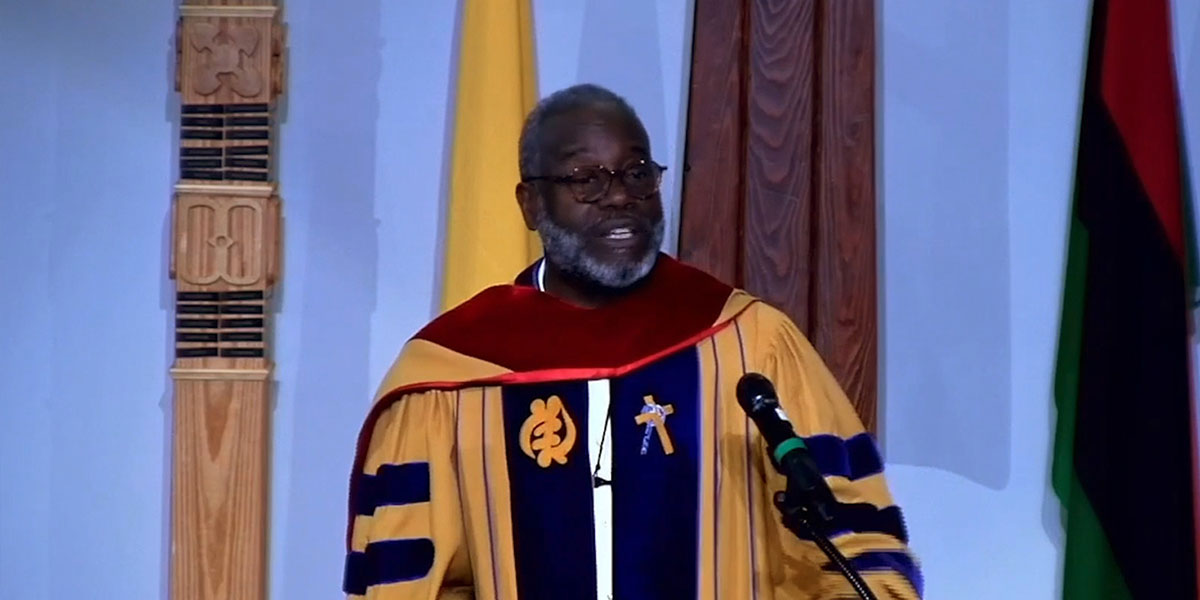 The Rev. Dr. Mark Lomax led worship to open the fourth day of plenary meetings at the 225th General Assembly of the Presbyterian Church (U.S.A.) on July 8, 2022.

Because the Hands & Feet event was yesterday’s order of the day at 6 p.m., the July 8 docket was adjusted accordingly to allow the plenary to start at 11 a.m.

As the week’s preachers continued in their charge to reflect on the GA225 theme of “From Lament to Hope,” the Rev. Dr. Mark A. Lomax, founding pastor of First Afrikan Church, Lithonia, Georgia, brought a message titled “Seek the Welfare of the Community,” based on Jeremiah 29:3–9.

As the Rev. Whitney Fauntleroy, pastor of Westminster Presbyterian Church, Alexandria, Virginia, read the text from Jeremiah, a series of contemporary images sought to establish the parallels between today’s world and the Babylonian captivity.

“Exile,” began Lomax, “has to be an awful experience … the loss of everything, house and home, neighbors and friends, the conveniences you’ve gotten used to, safety, security.”

After reciting a litany of peoples currently displaced by the impact of climate change, war and famine, Lomax couldn’t help but point out how similar their experience is to the situation described in Jeremiah’s letter to the exiles of 6th century B.C.E.

Yet the exiled Judaeans were “wrenched from everything familiar not because of war, famine or disease, but because of sin,” maintained Lomax. 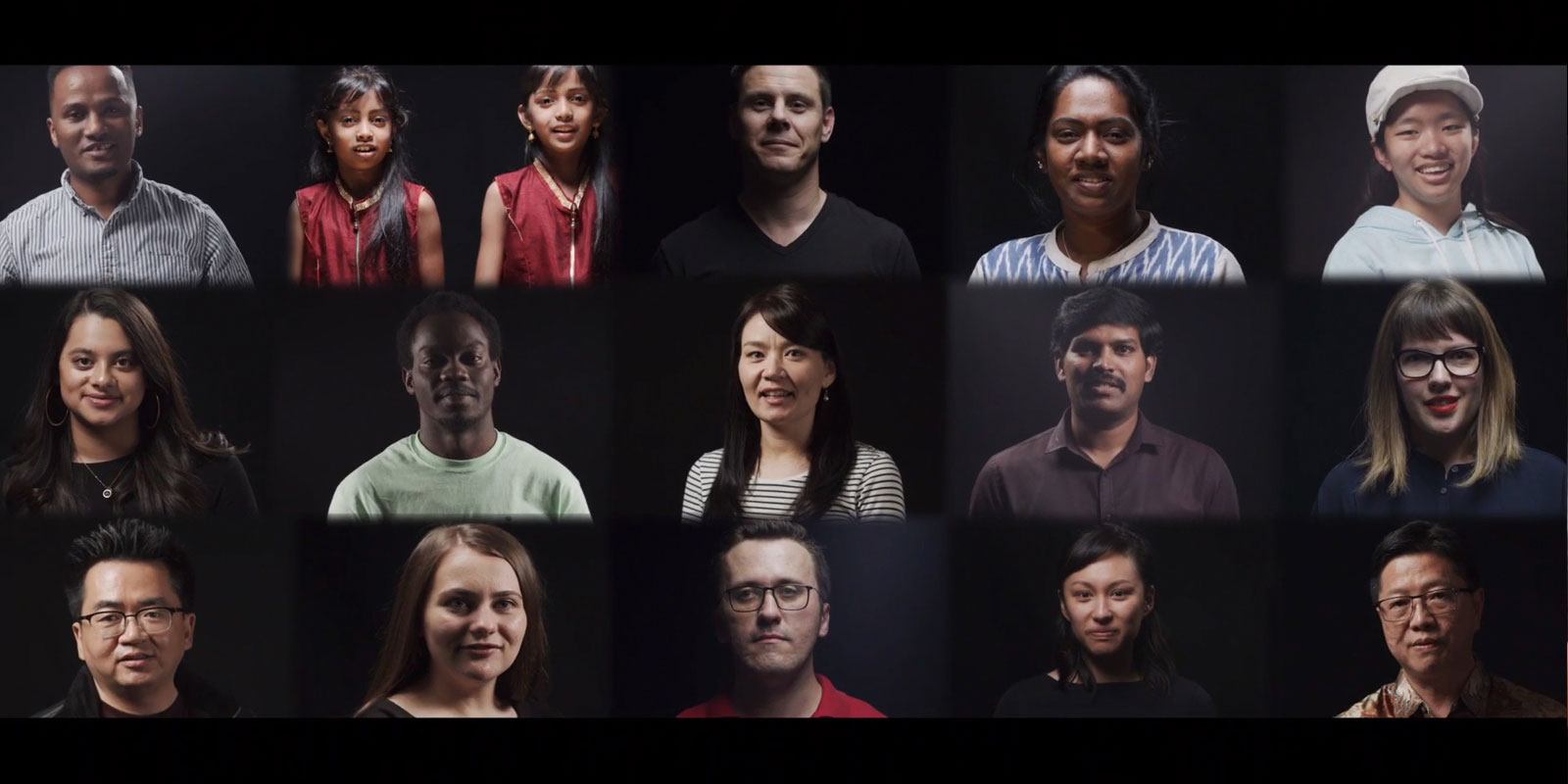 Prelude to worship on July 8, 2022, was a group prayer in English, Spanish, and Indonesian from Project Pentecost.

“Sin is the condition that derives from putting people and things and agendas and a host of other things …  before our relationship with God,” Lomax explained, which, he then said, is where American Christianity is today.

And although God sent prophet after prophet to warn the exiles that others were crowding their relationship with God, the Judaeans insisted on calling the God-sent prophets false because “they weren’t hearing what they wanted to hear.”

Today’s Christians, he asserted, subscribe to the same “arrogance and spiritual ignorance that got our people in today’s text in trouble.”

Lomax then described how Jeremiah entered the scene, confidently proclaiming his “discomforting, contradictory message … that wasn’t going to get the people off the hook.”

In Jeremiah’s letter to the exiles, the prophet told them to build houses, to plant gardens and to “seek the welfare of the city,” which Lomax said is the phrase that compels him.

“Given where we are in this country and in this world,” said Lomax, “that remains the will of God for all of us.” 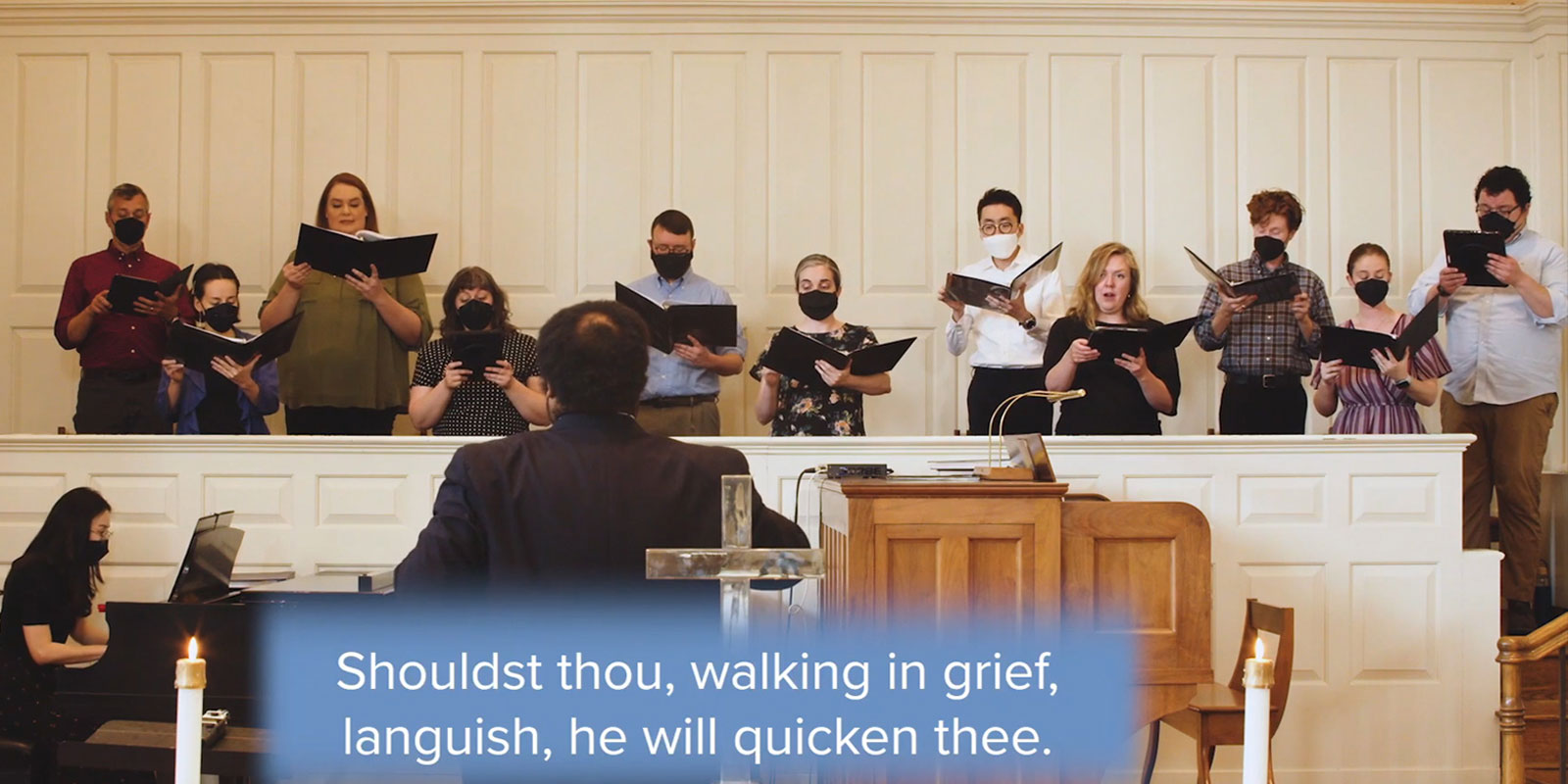 Phillip Morgan and musicians from Mid-Kentucky Presbytery performed “Guide Me O Thou Great Jehovah” during worship on July 8, 2022, at the 225th General Assembly for the Presbyterian Church (U.S.A.).

The lesson for the exiles, he continued, is the same message for Christians today, namely that being in relationship with God is not dependent on a place or a locale but rather with a connection with God almighty, who is not limited by time, space or the Sunday morning worship hour.

Lomax then went on to invoke how the legacy of his people — whose experiences on slave ships and on cotton plantations and of coming to know Christ “on ground tilled by their muscles, sweat and tears” — showed them that “they didn’t need a house or a church to know that God is real, and God is everywhere.”

“Jeremiah was pointing to a redefinition of the human-divine relationship,” he said. “What is necessary is building our relationship with God, becoming more aware of God and family and our neighbors, even the unknown, suspicious foreign neighbor.”

As he moved toward his powerful closing, he asked his hearers, “Haven’t we learned by now that God’s world is interconnected? That our pollution impacts the whole Earth? That our violence toward one another harms the whole planet?”

God wants to give us a future with hope, he assured, preaching that “such a future is attainable when we become the light that God would have us to become; when we love our neighbor as ourselves; when we treat the stranger as a welcome friend; when we behave as though the planet is a living being; when we move beyond staid ritual and practice a loving faith, then we will all be seeking the welfare of the city that we are in.” 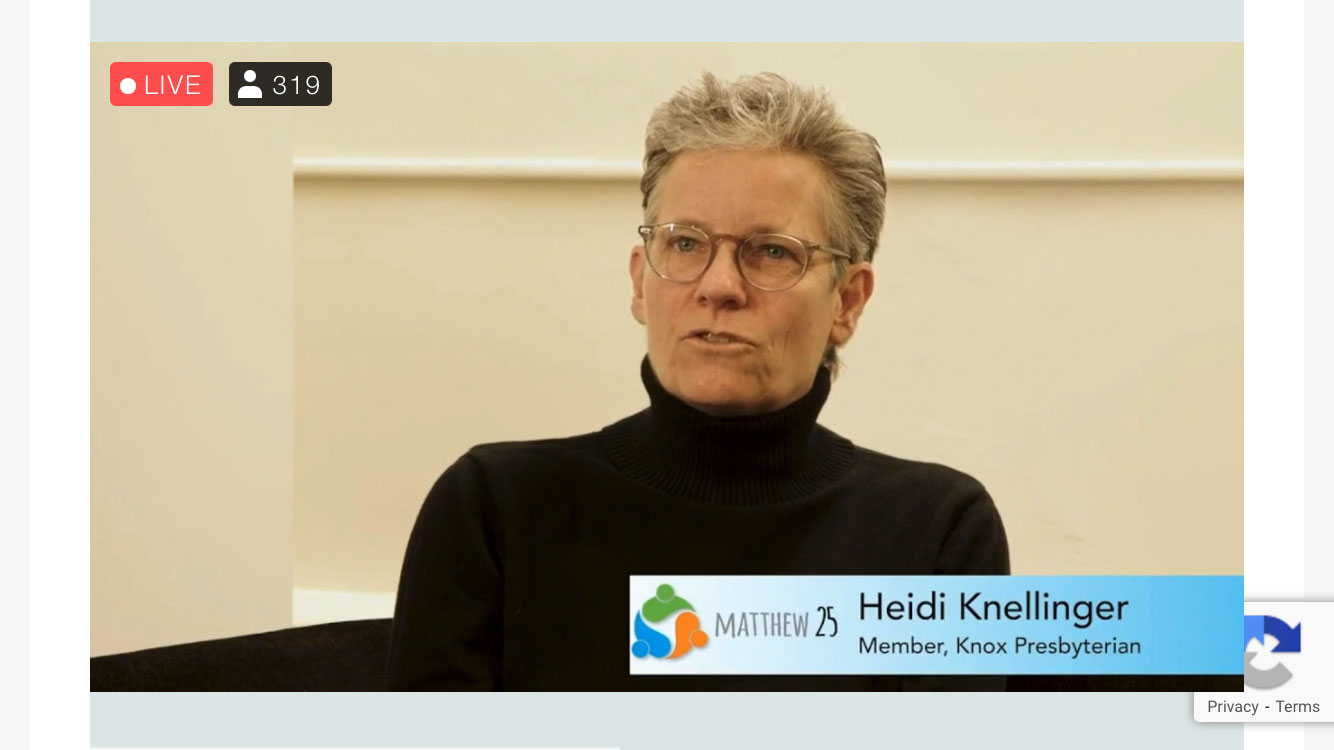 Lomax’s sermon was followed by “A Testimony of Lament to Hope” in the form of a Matthew 25 video about a Cincinnati congregation, which took a first step in dismantling structural racism by confessing the story of a racist bequest.

In the short video, the Rev. Adam Fronczek, members of Knox Presbyterian Church and Ruling Elder Rodney Christian of Third Presbyterian Church, a largely Black congregation with which Knox has had a 20-year relationship, tell the story of how Knox has repented, lamented and subsequently committed to a racial justice ministry to listen, to learn and to act.

The prerecorded service was livestreamed on the GA225 Worship Page and the Spirit of GA Facebook page, where the final GA worship service on Saturday, July 9, featuring a sermon by the Rev. Jenny Saperstein, will also be streamed.