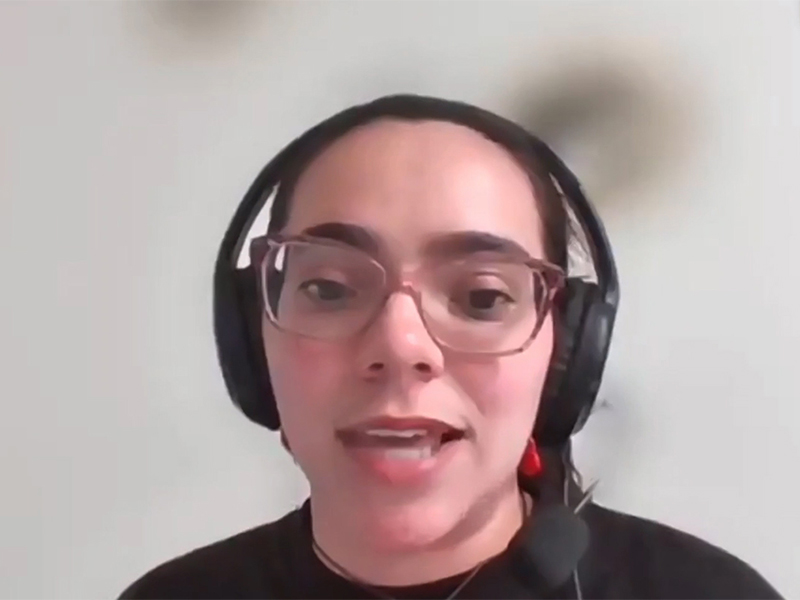 The weight of the U.S. Supreme Court’s Roe v. Wade decision could be felt on Friday as the General Assembly took up HSB-11, a commissioner’s resolution on affirming reproductive justice.

The Assembly Committee on Health, Safety and Benefits, led by Moderator David Ammons from Olympia Presbytery and Vice Moderator Doris Evans of the Presbytery of Southern Kansas, approved the resolution on June 24, the same day the Supreme Court overturned the constitutional right to an abortion.

The Supreme Court opinion, a draft of which was leaked prior to the decision, has continued to reverberate through the nation, sparking strong responses on both sides of the debate. Friday’s discussion on HSB-11 and proposed ways to amend it reflected common concerns.

Approved by a vote of 348-38, HSB-11 affirms that women and pregnant people are full moral agents, created in the image of God, and it supports their moral capacity to decide whether to continue or end any given pregnancy. It also denounces attempts to prevent people from receiving essential health care and rejects attempts at all levels of government to reduce, limit or eliminate access to contraceptive and abortion care.

Lindsay Jacaruso, a teaching elder commissioner from the Presbytery of the Minnesota Valleys, spoke in favor of the resolution, saying the church should be the “first and strongest voice to say that nothing and no one should come between us and our inalienable right to life, liberty and the pursuit of happiness.”

However, Janet Tuma, a teaching elder from Chicago Presbytery, sought for the church to undertake serious theological reflection on the issue, citing the biblical account of John the Baptist leaping in his mother’s womb even as Mary was pregnant with Jesus. She also shared that one of her parents had not wanted to bring her into the world. Her amendment was defeated.

Speaking in favor of a woman’s right to choose, Gusti Newquist, teaching elder commissioner of Shenandoah Presbytery, said, “My own personal journey is that if I did not live right across the river from Maryland, as a pastor in West Virginia, I would not have been able to accept the current call that I’m able to have, because if I was forced to carry a pregnancy to birth, my life and my health would be at risk.” She went on to say, “Any criminalization of abortion is a threat to religious liberty and an affront to our moral agency as women and birthing people.”

Looking to the future, Janalee Kosowski, ruling elder commissioner from the Presbytery of East Iowa, was successful in getting a reference to “contraceptive” added to various parts of the resolution, saying that it is necessary to be proactive. “I think this is going to become an issue — the right to have contraceptives — and I want us to be prepared.”

Earlier in the day, soon after the plenary began, the Rev. Dr. J. Herbert Nelson, II, Stated Clerk of the General Assembly of the Presbyterian Church (U.S.A.), had talked about the need to “shake up the world.” 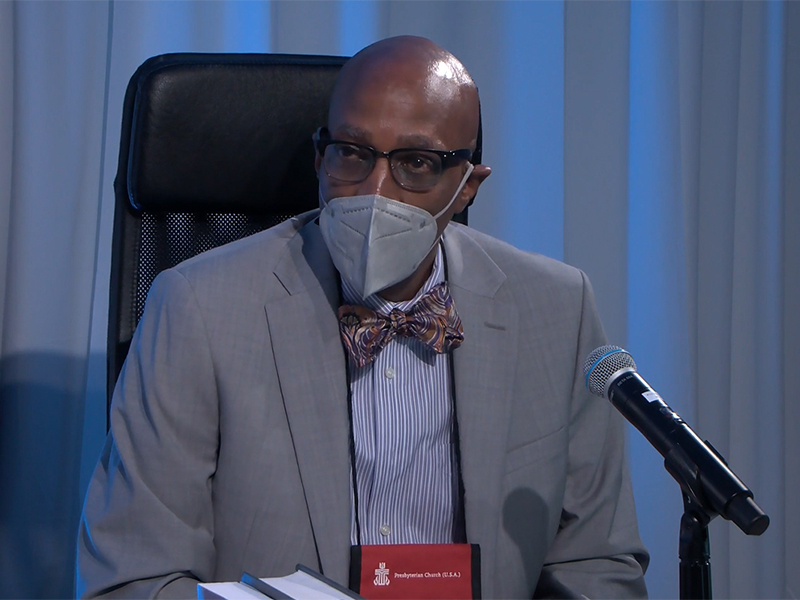 The Rev. Dr. J. Herbert Nelson, II, Stated Clerk of the General Assembly, shares words of encouragement at the opening of plenary 12 on July 8, 2022, at the 225th General Assembly of the Presbyterian Church (U.S.A.) 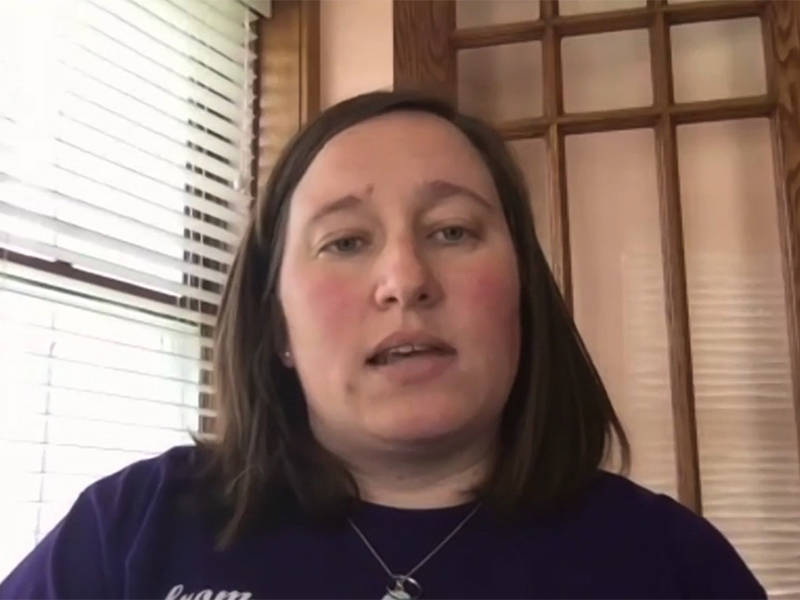 Lindsay Jacaruso speaks in favor of HSB11 during plenary 12 on July 8, 2022, at the 225th General Assembly of the Presbyterian Church (U.S.A.)

Everyone in the Presbyterian Church (U.S.A) is “counting on us to do the abundant work that is necessary in the time that we have in front of us,” he said. “So let us stay focused, let us walk by faith and not by sight. … There are some things that we will accomplish at this General Assembly that will make a difference in the world. But no matter whether we are in a General Assembly or not, we still have a responsibility to be individuals who will shake up the world through the power and the love of Jesus Christ, not necessarily always through an overture but through the work that we do ….”

The gravity of the work was clear during the assembly’s consideration of several recommendations from the Survivors of Sexual Misconduct Task Force in HSB-05.

Leading into discussion, Evans explained that during the meetings of the Committee on Health, Safety and Benefits “we were able to receive powerful and personal testimony from siblings in Christ who have been personally affected by the church’s failures when it comes to protecting the most vulnerable among us. These are topics that require a great deal of vulnerability on the part of the survivors, and we are so grateful to them.”

The Rev. Dr. Kris Schondelmeyer, a task force member and survivor of child sexual abuse, spoke strongly in favor of Recommendation 2 and proposed amendments to G-2.0603 in the Book of Order regarding boundary and child protection training for ministers of the Word and Sacrament.

Schondelmeyer, who is pastor of the Presbyterian Church of Deep Run in Pennsylvania, noted that more than 20 years after being sexually assaulted by a Presbyterian pastor, the trauma still surfaces in negative ways, such as nightmares.

“Had this training been provided before my experience, perhaps that presbytery would have never commissioned a known felony-convicted child pornographer to serve as a pastor or to chaperone minors, which was the case that led to the abuse I experienced,” said Schondelmeyer. “And if this training had been provided, perhaps after the fact, my pastors and church leaders would have recognized the destructive behaviors I engaged in as a young person” that were “warning signs that something traumatic had just occurred in my life.”

Recommendation 2 was approved as amended and now goes to the presbyteries for their affirmative or negative votes. To see action on the other recommendations, go here.

For information on the carryover business from the Assembly Committee on the Rules of Discipline, go here.