Assembly approves per capita rates and budgets for 2023 and 2024 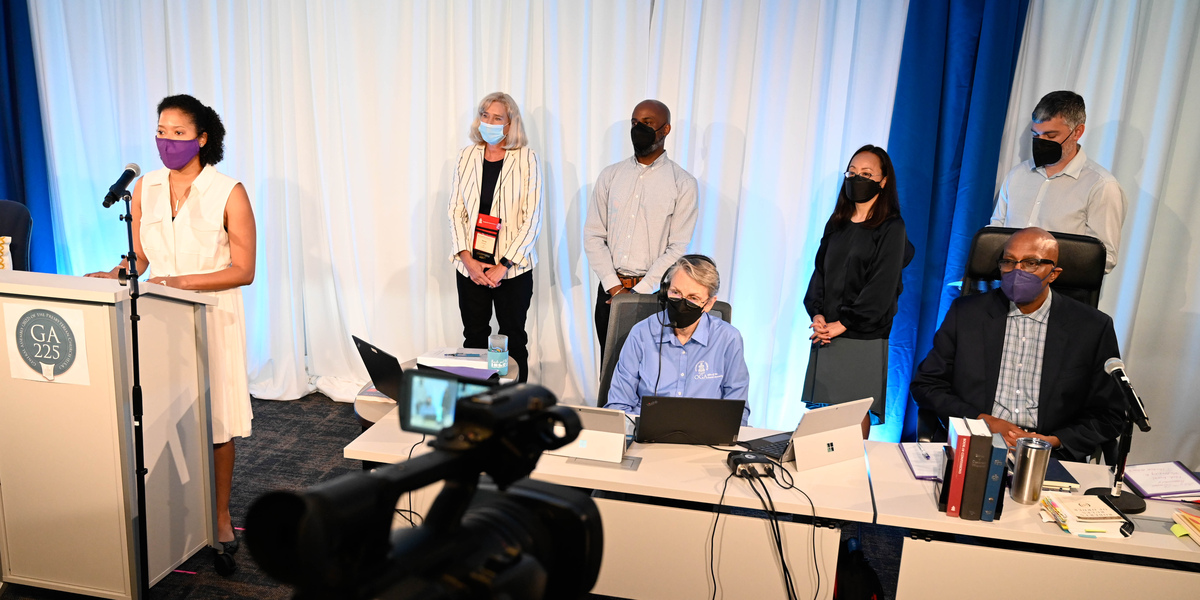 After quick action by the Financial Resources Committee (FIN) on three amended items of business covering the per capita rates for 2023 and 2024, and the consolidated and per capita budgets for those same years, the General Assembly voted to approve the committee’s recommendations during Plenary 16:

FIN-13: “Approval of the Per Capita Apportionment Rate”

FIN-12: “Approval of the Per Capita Budget.”

The Financial Resources Committee was the last committee to meet on its own, in order to account for financial implications resulting from the week’s earlier votes by the General Assembly. Changes to the recommended per capita rates and budgets have been tracked using the real-time financial implications widget in PC-Biz.

Immediately before Plenary 16, Committee Moderator Ruling Elder Roger Clowes passed the leadership mic to Committee Vice-Moderator the Rev. Felipe Martinez, who had led the group through its three days of discussions last week.

First up on Saturday the committee handled the amended FIN-13: “The Committee on the Office of the General Assembly and the Presbyterian Mission Agency recommend the 225th General Assembly (2022) adopt the following per capita apportionment rate: $9.85 for 2023 and $9.80 for 2024.” Prior to this week’s financial implications adjustments, the recommended rate had been $9.61 for 2023 and $10.28 for 2024.

Last week, Kerry Rice, deputy stated clerk in the Office of the General Assembly (OGA), had discussed per capita as a funding practice that brings different parts of the church together — “in mutual support and ministry” — and makes possible shared endeavors, including the General Assembly.

On Saturday, Rice fielded a committee question about why the per capita recommendation had decreased (he credited the format of the next Assembly [the so-called “Omega plan,” which calls for in-person plenaries and online committees]) and a question about if there had ever been a drop in the recommended rate (“Not in my time with OGA,” Rice said, adding that it may have happened before that.)

The committee voted to recommend approval of the amended FIN-13, 22 to 0.

The committee unanimously voted to recommend approval, with 23 votes.

After the Financial Resources Committee meeting adjourned, it was time for Plenary 16, which opened with prayer by Elioreph Rivera-Pagan, Theological Seminary Advisory Delegate, and an approving procedural report from the Rev. Iris Dalila Santoni Ortiz, moderator of the Bills and Overtures Committee.

Obliging were Ian Hall of A Corp, DeAmber Clopton of OGA, Denise Hampton of A Corp, Tamron Keith of the Presbyterian Mission Agency and Jihyun Oh of OGA, who gave examples of the discrete and overlapping work of each agency and how that work impacts the three agency budgets. Emphasizing agency collaboration, each speaker discussed the ministries of other agencies in addition to their own. 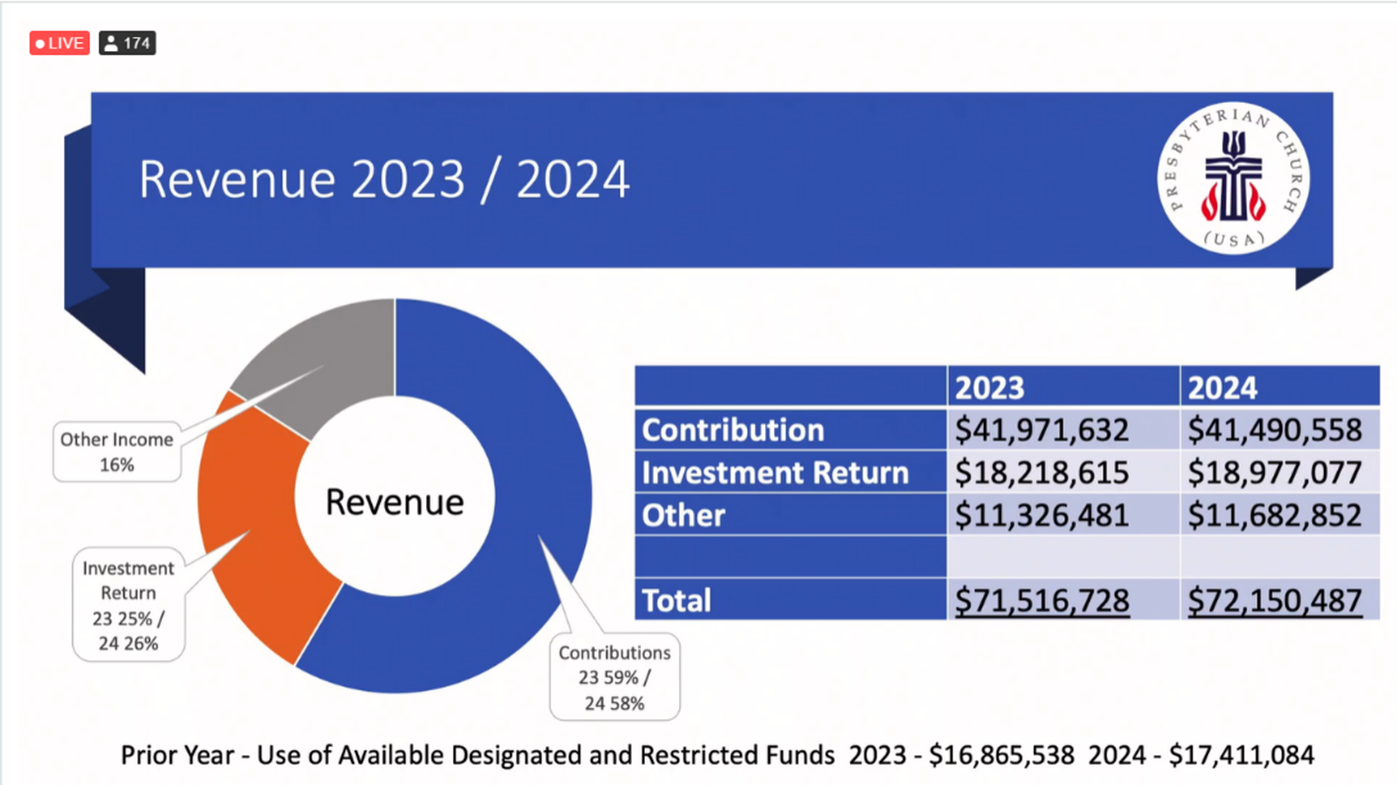 The joint presentation of the budget (a consolidated budget) was not a presentation of a joint budget, as Hall and Clopton had explained to the Financial Resources Committee last week. There are intersections of the ASG, PMA and OGA budgets, but each is individually managed.

After two questions from the full Assembly, including if the budgets were impacted by any cancellation fees for GA226 (Rice said they were not) and if the budget team had factored in inflation estimates (it had), General Assembly 225 Co-Moderators the Rev. Ruth Santana-Grace and the Rev. Shavon Starling-Louis began the voting.

After Clowes introduced FIN-14, commissioners asked if the budgets under discussion were projected to be balanced (Hall: yes, although the 2023 and 2024 budgets use some funds generated in prior years. Rice later said use of prior-year funds has been common), how inflation might impact travel budgets projections (Rice discussed how committees will likely start traveling again in 2022, but only once a year, and how overall travel expenditures should drop because of increased Zoom use) and when reserves are likely to be depleted (Rice: projections for the OGA budget indicate the end of 2024). 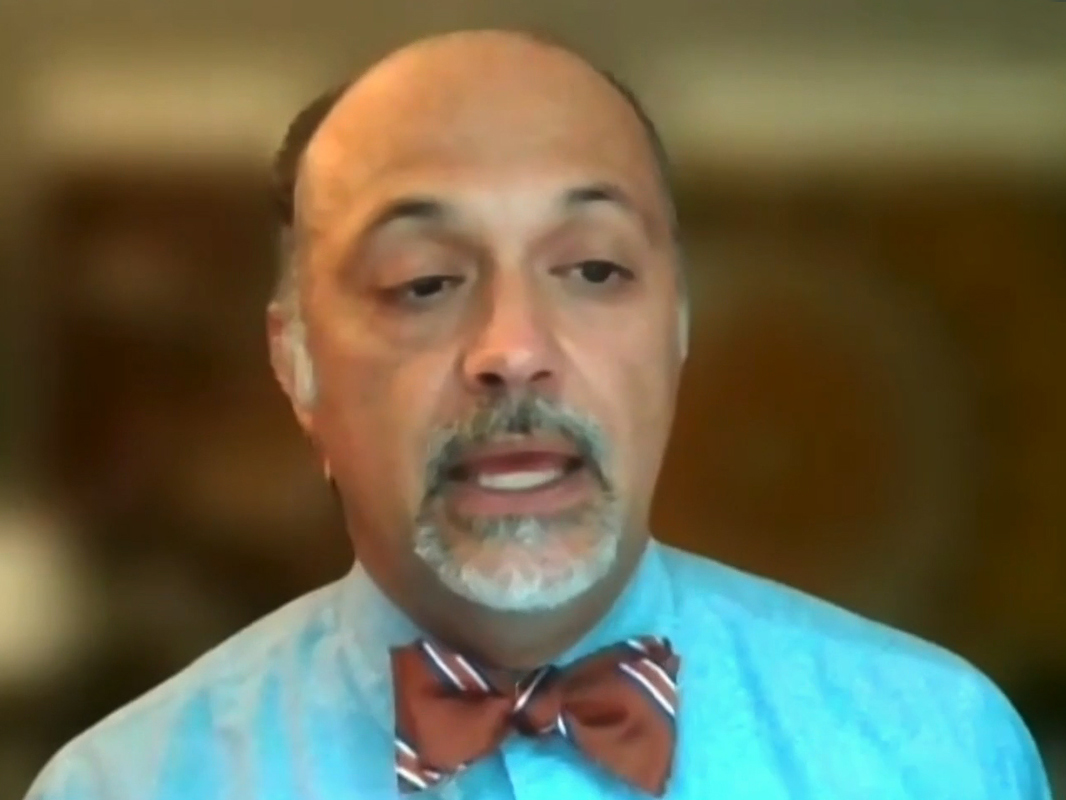 The Rev. Felipe Martinez, vice-moderator of the Financial Resources Committee, leads the committee meeting to finalize the proposed budget reports to the 225th General Assembly on July 9, 2022. 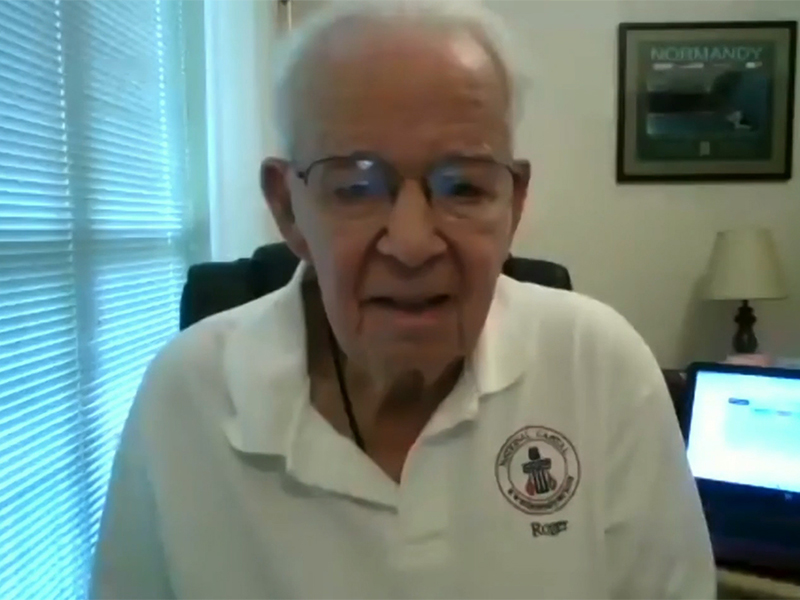 Financial Resources Committee Moderator Roger Clowes expresses gratitude to the committee and its vice-moderator, the Rev. Felipe Martinez, at the close of the 16th plenary of the 225th General Assembly on July 9, 2022.

After another unanimous vote to approve by advisory delegates, commissioners voted to approve FIN-14 355 to 4.

Clowes then moved that the Assembly act on FIN-12 by answering it with FIN-14, as recommended by the committee.

After Clopton fielded a commissioner question about why the approved per capita rates for 2023 and 2024 are not themselves resulting in a balanced budget (a higher request was thought imprudent given current conditions at many congregations and mid councils, and the availability of existing resources at the national church level), it was time for the last votes of the plenary.

For the third time, the advisory vote showed unanimous support. The commissioners took that advice wholeheartedly, approving FIN-12 with action on FIN-14 by a vote of 364 to 4.

After Clowes thanked staff, commissioners and advisory delegates for their weeks of work, he gave special appreciation to Martinez, the committee vice-moderator, for leading the Financial Resources Committee while he (Clowes) had been ill with Covid.

“Roger, Roger,” Starling-Louis joked in conclusion to the committee’s work, drawing a mix of laughter and groans from the production staff in the Presbyterian Center.