Re-establishing relations will be a work in progress 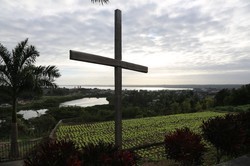 President Obama’s announcement last week of re-established diplomatic relations with Cuba is welcome news to a number of Presbyterian Church (U.S.A.) leaders. However, many say the re-opening of embassies in each country is only the beginning of a long road to normalizing relations.

The Obama administration has launched several initiatives in the past year aimed at improving relations between the two countries, including relaxing travel restrictions.

“All Americans, whether North or South, can breathe a sigh of relief at this sign of healing. We Presbyterians can rejoice in the opening of the embassies as the fulfillment of nearly 50 years of prayers and policy,” said Dean Lewis, executive secretary of the Presbyterian Cuba Connection in Medanales, New Mexico. “God and geography made us neighbors; now politics makes us friends again after a half-century feud.”

Lewis said there are still many miles to go before normal relations between the U.S. and Cuba can be fully recognized including: a lifting of the embargo, return of land occupied by the Guantanamo Bay Naval Base, the repeal of the Cuba Adjustment Act and a new respect for human rights between both countries.

“As the process of engagement goes forward, the governments of Cuba and the United States would do well to consult with the Christian churches which have forged and maintained strong and enduring ties through all the years of governmental animosity,” he added. “True friendship must have a moral foundation of justice and mutual respect, and churches do have some experience and insight in that area.”

The PC(USA) has been vocal about lifting the trade embargo against Cuba and re-establishing relations with the country for more than 40 years. In 1986, the 198th General Assembly approved an agreement authorizing a partnership that included a work and travel exchange of seminary professors, students and others as well as cooperation in peacemaking programs. The Office of Public Witness organized religious delegations from Cuba and organized meetings with Congress and the administration seeking greater freedom and expanded relations between the two countries.

Members of the Advisory Committee on Social Witness Policy (ACSWP) and the Cuba Partners Network traveled Cuba in March to consult with the Presbyterian-Reformed Church. A report on the visit, including recommendations, will be presented to the 2016 General Assembly. The report will focus on changes occurring in Cuba, the significance for public policy positions and mission strategy of the General Assembly.

“The essential message we heard was the importance of consolidating and building upon the possibilities of the moment introduced by President Obama and President Raul Castro in moving toward a normalization of relationships between our two countries,” said Patricia Metcalf, a leader in the Cuba Partners Network. “Presidential use of executive privilege can be a fragile tool that can be overturned by the next occupant of the office. We still have much work to do to arrive at normalization. The opening of embassies in each country will make it less easy to dismantle the progress toward normalization we have made to date. We still have a long way to go.”

U.S. Secretary of State John Kerry is traveling to Cuba for the opening of the U.S. Embassy on July 20. It will be the first visit to Cuba by a U.S. secretary of state in 70 years.