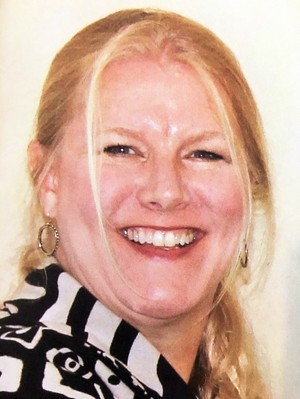 In her role Anderson will be working both with Theology and Worship and the Office of the General Assembly to build and maintain relations with other faith communities and their leaders, particularly in preparation for—and follow up from—the 222nd General Assembly (2016).

“While Rick's work will be primarily to equip Presbyterian congregations to engage their interfaith neighbors, Laurie will primarily work to strengthen relations between our denomination and other faiths' national organizations,” said the Rev. Dr. Charles B. “Chip” Hardwick, director of Theology, Formation and Evangelism ministry area.

Anderson, director and founder of the Immigrant Justice Advocacy Movement, a Kansas City interfaith community organization seeking justice with immigrants, was the national coordinator of the New Sanctuary Movement, for which she now serves on the voluntary national steering committee. She was appointed in 2010 as vice moderator of the General Assembly Committee on Middle East Peacemaking Issues, and went on to serve two more years as the moderator of the Middle East Monitoring Group of General Assembly.  In 2009, Anderson was named Heartland Presbytery’s Peacemaker of the Year. She was similarly honored in 2015 by Kansas City Church Women United as Humanitarian of the Year.

“Laurie’s will be a key role as the Assembly will again be taking up issues that our interfaith partners care deeply about,” said the Rev. Dr. Charles Wiley III, coordinator of the office of Theology and Worship.

Both Ufford-Chase and Anderson agree that their work will begin “with knowing who we are as Christians and how we build unity in the world.”

“I look forward to building upon the great work of the office of Interfaith Relations and to continue the journey working with Rick Ufford-Chase,” said Anderson. “My desire is to build, and honestly in some cases, repair relationships so that we understand each other beyond the issues and together seek peace and justice in our world. The vision to love God together is an achievable goal.”

The Rev. Gradye Parsons, Stated Clerk of the General Assembly, said that he is looking forward to working with Anderson on the PC(USA)’S relationships with interfaith bodies.

“Both Laurie and Rick will serve the PC(USA) well in this important ministry,” Parsons said.