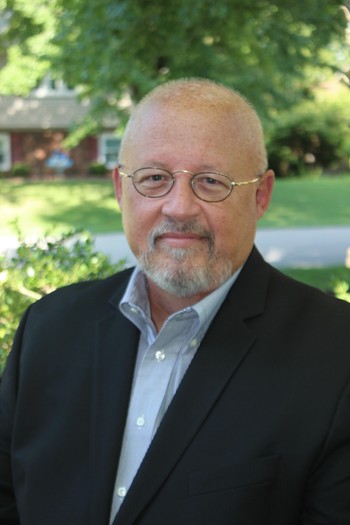 Jones joined the PMA staff in 2014 as the communications strategist for Compassion, Peace and Justice Ministries. During his time, he has covered ministry work in disasters, immigration, environment, poverty and social justice issues.  His work has taken him to the Middle East, West Africa and Central America as well as across the U.S.

Jones — who spent many of his growing-up years at Montreat, where his father was a student and then a student recruiter at Montreat College — worked for 10 years as an award-winning broadcast journalist before taking communications management roles in government, non-profit and for-profit companies.

“I’ve always hoped that I would someday marry my professional skills with a faith-based organization and I have not been disappointed,” Jones said. “I have been so blessed to be on the front lines to see ministry in action. The Presbyterian Church (U.S.A.) puts its words into action every day.”

Nelson said: “Rick Jones clearly has the wide range of skills, deep faith in Jesus Christ, and knowledge of the Presbyterian Church that we have been looking for in filling this position. Furthermore, we know from his recent work with the Mission Agency that he will ably continue the collaborative efforts between OGA, PMA and the other agencies of the church that have been initiated by our interim communications director, Jerry Van Marter and his PMA colleagues.”

Jones served as a reporter in the General Assembly Newsroom in St. Louis in June, working closely with Van Marter and other OGA and PMA Communications staff, among others. Van Marter concludes his service as interim director — which began in March 2017 — on August 28.

“I am honored to be given the opportunity to share the great work of the Office of the General Assembly with the church,” Jones said. I look forward to collaborating with our stated clerk and his team as we seek God’s will in reaching a world in need.”