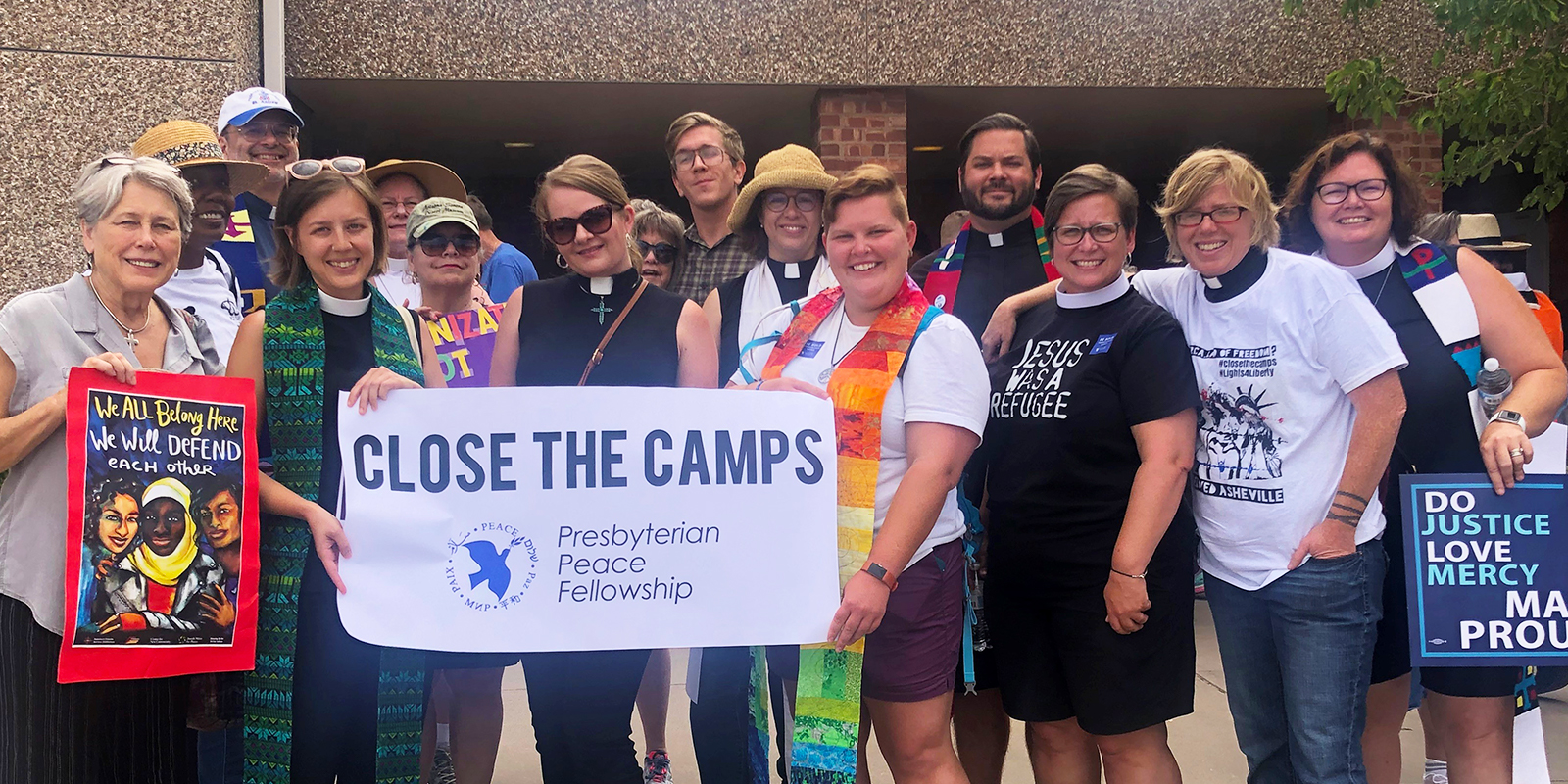 A delegation from Southside Presbyterian Church in Tucson, Arizona, took part in the Moral Monday demonstration outside of the U.S. Immigration and Custom Enforcement processing center in El Paso, Texas. Photo by the Reverend Alison Harrington.

An El Paso immigration center was forced to close down for a time on Monday as hundreds of clergy and social justice groups demonstrated against the treatment of asylum seekers along the U.S./Mexico border. The multifaith gathering was organized by the Moral Monday movement, led by the Reverend Dr. William J. Barber II.

The march took place in El Paso along the border with Ciudad Juárez, Mexico. An estimated 500 made their way to the U.S. Immigration and Custom Enforcement Processing Center.

“We went to the front gate and told them we were pastors and wanted to visit detainees there and they wouldn’t allow us entrance,” said the Reverend Alison Harrington, pastor of Southside Presbyterian Church in Tucson, Arizona, who took part in the march. “The center closed down for several hours because of the mass amount of people there. It was very moving.” 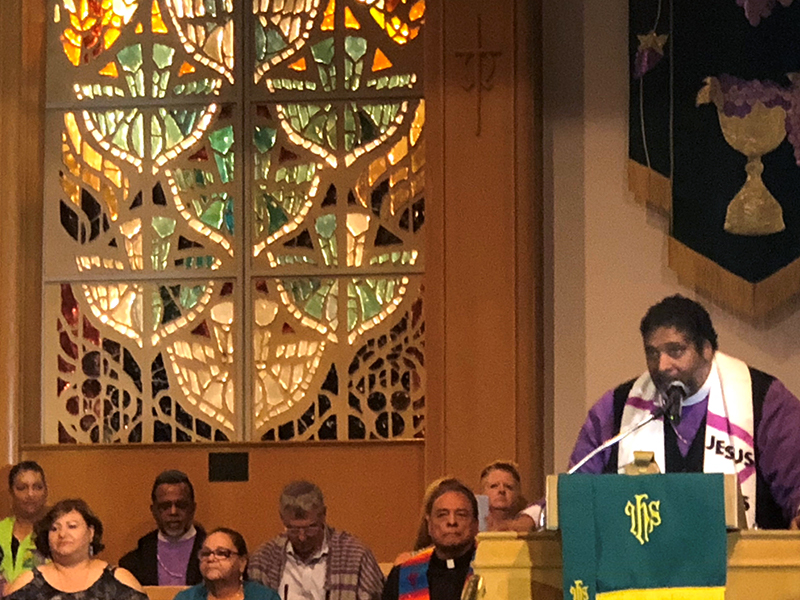 The Reverend Dr. William J. Barber II preaches at a Sunday evening service, prior to the Moral Monday demonstration in El Paso. Photo by the Reverend Alison Harrington.

Harrington says there were speeches and singing as they gathered outside the facility.

“It was so powerful to see such a large gathering of so many faith traditions. This is a historical moment and we are going to have to tell our grandchildren what we did to stop the inhumane treatment of asylum seekers,” she said. “All of us felt we had to resist and call our leaders into account for this and do anything we could to stop the detention of asylum seekers and children.”

On Sunday, Barber and other ministers crossed into Juárez where they met with several migrants.

“I wasn’t with them, but Dr. Barber said he met with one mother who was waiting to make her case for asylum,” she said. “He told her, ‘We don’t need to pray for you, you need to pray for us.’ The asylum seekers laid hands on the religious leaders from the U.S. and prayed for them.”

Harrington says she feels the movement is growing support, adding that people need to put pressure on elected officials so the detention of children and asylum seekers stops.

“If we were hearing about this taking place in countries like Afghanistan or Iraq, we would have bulletin inserts about the inhumane treatment of Iraqis,” she said. “How can it be that we don’t speak out for asylum seekers who are running from violence? It’s a time of moral accountability. We are allowing this to happen and we have to do everything we can to make sure it ends.”

To learn more about immigration and how the PC(USA) is involved, click here.