Georgia pastor has a plan for growth that involves listening, learning and reserving judgment 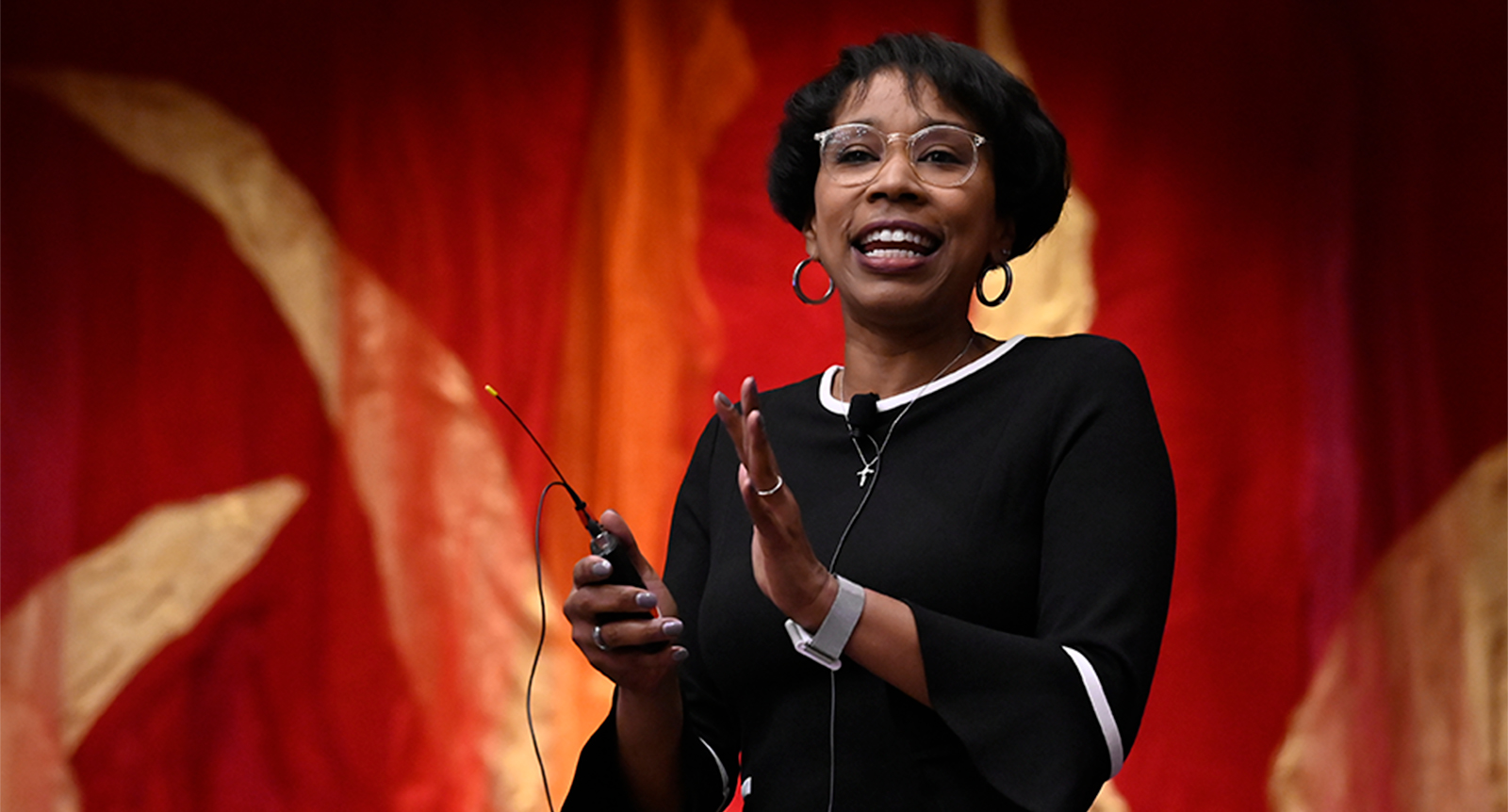 “Come on, PC(USA),” the Rev. Amantha Barbee exhorted the Friday plenary crowd of nearly 800 people at the Big Tent gathering. “We can do better than that.”

There are reasons why people of color don’t want to worship in congregations in a denomination that’s 90 % white, said the senior pastor at Oakhurst Presbyterian Church in Decatur, Ga., after citing statistics on membership losses over the past few years. There’s little room for the Holy Spirit when worship is so scripted, she said. Visitors must “get with our pipe organ, our doctor in the pulpit” and with mission trips overseas where youth “have to step over people on the streets on their way to the airport,” when they could be doing mission closer to home.

If Presbyterians want to begin growing their membership rolls, they must “listen, learn, reserve judgment and be quiet” when their church is graced with visitors who may prefer trying new ways of worship.

“Dear white people,” she said: keeping the system in place “is bad math. To worship and witness the same way you did 50 years ago is killing you.”

Do we really want to be diverse and inclusive worshiping communities? Then we ought to boldly ask God to increase our territory the same way Jabez did in 1 Chronicles 4:9-10, Barbee said: “Jabez called on the God of Israel, saying, ‘Oh that you would bless me and enlarge my border, and that your hand might be with me, and that you would keep me from hurt and harm!’ And God granted what he asked.” 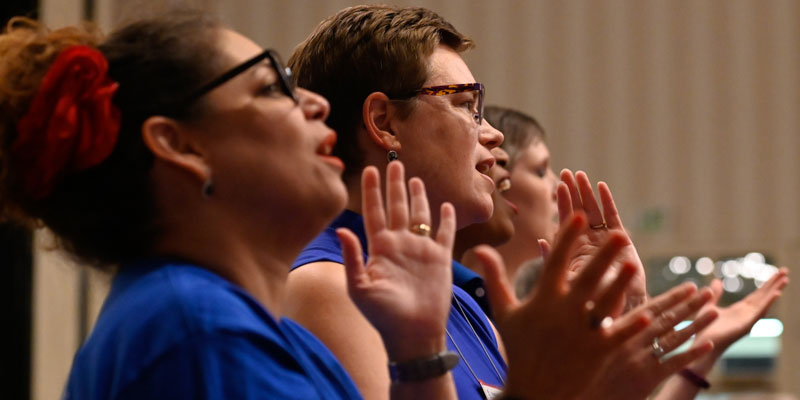 “We are the only ones who can change the narrative” of declining membership, she said. It won’t happen by “adding a contemporary service with white people singing black gospel” music, she said. “Black people think that white people singing gospel is pretty funny at times. If you want the black experience in your worship, get black people to do it.”

She told the story of her late mother, who died a month ago at age 90. A couple weeks before she died, “she couldn’t talk, but she could sing. Her voice was horrible, but she sang that day,” a feat witnessed by Barbee’s friend, the Rev. Aisha Brooks-Lytle, executive presbyter of the Presbytery of Greater Atlanta, who’s also attending Big Tent.

“I want you to tell the folks at that conference something,” Barbee’s mother had told her. “She said,” Barbee told the crowd, “that 99 ½ percent won’t do.” Barbee concluded her talk by leading Big Tent attendees to sing “Lord I’m Running, Trying to Make 100 (99 ½ Won’t Do).”

Transitions are a part of life. Someone gets a new job or retires. A congregation grows or shrinks. People get ill or gain weight. On that last issue, Barbee drew a laugh by reminding people our bodies are temples and that we honor God by taking care of them. Not caring for that temple is breaking a commitment with God that we’ve made. “This belly I have, the world didn’t give it to me, and the world can’t take it away … There’s no success pill. We have got to put the work in.”

The truth, she said, is that Presbyterians ordained as deacons, ruling elders and pastors often don’t live up to the promises they’ve made publicly: to seek to serve the people with energy, intelligence, imagination and love.

“Energy? We don’t have it. We used it all up trying to maintain a system that’s failing miserably,” she said. “What kind of sense does that make?” And as for love, “It’s really easy to love those who think and act as you do, but it’s hard to love the differences and the inconveniences,” including “a multipurpose worship space when your great-grandmother paid for the stained-glass windows.”

“I’ve got news for you here today: If we knew everything, we wouldn’t need God,” she said. “We can’t move forward in and out of fear. That’s an insult to God.”

But when we trust God even as Jabez did, “God will grant us what we ask,” she said. The only question becomes, will be ready when God answers our prayers?”

“We want to be transformed, to be renewed and to be changed with the Lord’s help,” she said. “We must change, church. We must do more, give everything we have — 100 percent.”