Vilmarie Cintrón-Olivieri and Cindy Kohlmann close out with visual presentation 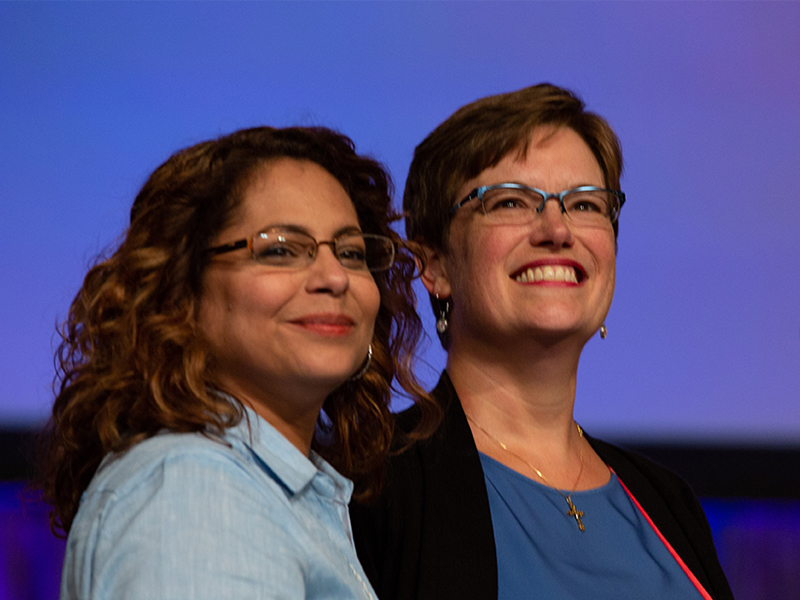 For the past two years, Ruling Elder Vilmarie Cintrón-Olivieri and the Reverend Cindy Kohlmann have traveled across the country visiting mid councils, churches, and communities. Their journeys took them overseas to Israel/Palestine, Kenya, Greece, Liberia, and more. They’ve led large and small conferences, preached in storm-ravaged churches after hurricanes, and cried with people who seek freedom in the U.S. from their war-torn and poverty-stricken countries.

For the past three months, they’ve relied on Zoom, Facebook, and other technological means to reach out and connect with the denomination. They closed out their terms as Co-Moderators of the 223rd General Assembly (2018) by moderating the opening plenary of the church’s first ever online assembly gathering.

In their final report to the more than 500 commissioners, 180 advisory delegates, and hundreds of corresponding members, staff, and volunteers, the two shared brief highlights of the past two years.

“There are so many different aspects that come together to create the shape of the service of being Co-Moderators, each of us bring their own sense of call and particular focus to the work,” said Cintrón-Olivieri. “For us, it was important to be accessible and approachable, to be present as much as possible with the larger church, and to continue the work of calling the body of Christ to be as diverse as the world around us, and as welcoming as God is, who created that world.” 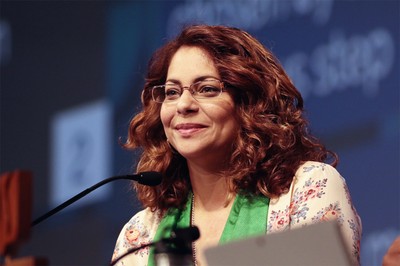 Cintrón-Olivieri is an educator and a ruling elder at First Spanish Presbyterian Church in Miami. She was the first Hispanic Latina and Puerto Rican to be elected as Co-Moderator. Kohlmann, who has pastored churches in Ohio and Massachusetts, currently serves as resource presbyter for the Presbytery of Boston and the Presbytery of Northern New England. Despite their geographic differences, they both describe themselves as lifelong Presbyterians who have loved the church since childhood.

“From the moment that we were elected on June 16, 2018, we have striven to serve with energy and enthusiasm, living into the unity of the Spirit in the bonds of peace that is represented in the 223rd General Assembly (2018),” said Kohlmann. “Part of the visible work in the Office of the Moderators is strengthening the connection of the body of Christ across the church, and the primary way of doing that has been to visit with the councils and mission partners of the PC(USA).” 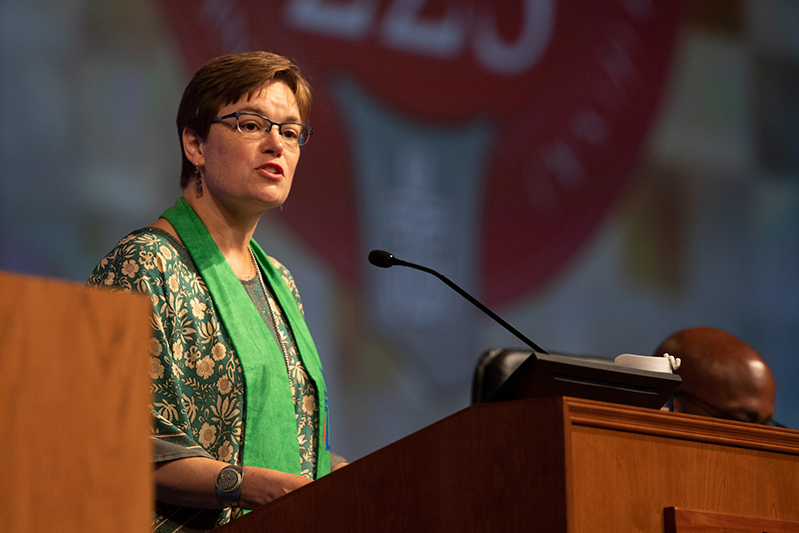 Both have utilized social media to document their travels and conferences, generating a large following of Presbyterians and ecumenical partners.

After the COVID-19 pandemic grounded all travel for the church, the two turned to Facebook Live to connect with the church. Kohlmann hosted a daily church hymn sing and Cintrón-Olivieri read children’s books on a weekly basis. They were also able to virtually connect with presbytery and other church meetings across the country.

“Energy in coronavirus times has been different, but no less necessary and no less intense,” said Cintrón-Olivieri. “A new stamina is required: dropping in on Zoom presbytery meetings to preach and teach, hosting online initiatives such as #stayathomehymnsing, #CoModPopUp conversations, and Flyaway Books’ story time, both through Facebook Live, learning how to moderate using Zoom, and PC-Biz.”

“We’ve been able to connect with so many more presbyteries during this period of staying safer-at-home,” said Kohlmann. “The list of digital connections is extensive, and we feel so blessed to have joined so many of you in the commissioning of your General Assembly commissioners and advisory delegates.” 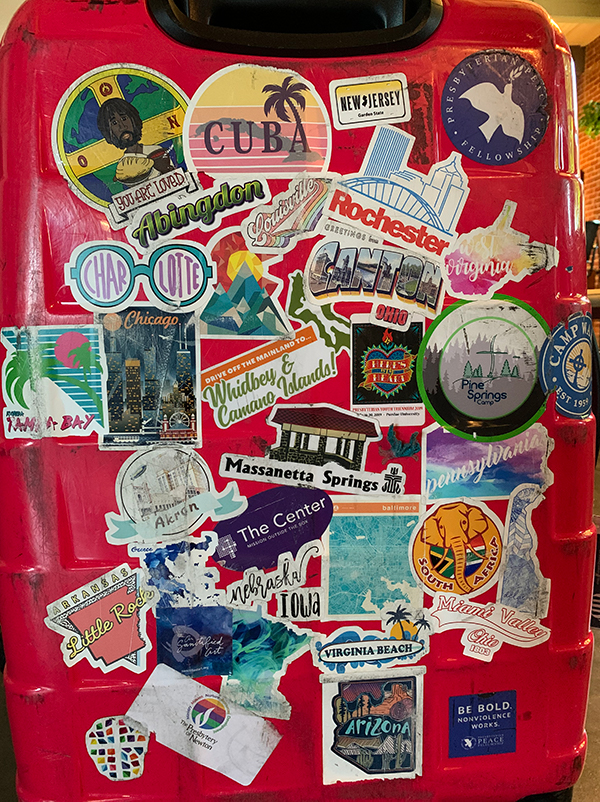 Two years of travel for the Presbyterian Church (U.S.A.) changed the look of Cindy Kohlmann’s suitcase.

The Co-Moderators say they have been blessed to see imagination unfolding in the denomination in the form of creativity with new ministries and worshiping communities, innovative events, forums, new conferences, congregations, and more.

“Imagination also struck as the denomination engaged in creative events and activities around the One Church One Book initiative reading, 'Neighborhood Church: Transforming Your Congregation into a Powerhouse for Mission,' by Krin Van Tatenhove and Rob Mueller,” said Cintrón-Olivieri. “We are grateful to have witnessed our congregations embracing in bold new ways the call to be places where imagination is cherished, life springs forth, healing waters flow, and justice is established.”

The recent protests calling for justice have encouraged both Cintrón-Olivieri and Kohlmann to seek to do more.

“Out of our deep love for the church, we call on the PC(USA) to confess our complicity in the structures that perpetuate racial injustice, an economic system that requires a large percentage of the population to live in poverty so that a few may prosper, and the timidity of faith that prefers to measure by numbers of members instead of depth of impact,” said Kohlmann. “We call on the Presbyterian Church (U.S.A.) to cast a wider net, to listen to the ‘voices of peoples long silenced’ in the context of our denomination and the world, and to make space at the table for those who are still watching from afar the deliberations of a denomination that is supposed to be their own.”

The final report from the Co-Moderators of the 223rd General Assembly (2018) can be found here.