One of the planned highlights of the 224th General Assembly (2020) of the Presbyterian Church (U.S.A.) was the presentation of the PC(USA) Crystal Teardrop Awards. The awards, presented by the Reverend Dr. J. Herbert Nelson, II, Stated Clerk of the General Assembly of the PC(USA), are given to individuals who have worked to make the world a better place.

The awards were to be presented in person at the assembly gathering in Baltimore, but that was shelved with the arrival of the COVID-19 pandemic. That hasn’t stopped the Stated Clerk from ensuring that this year’s recipients or family members are recognized. 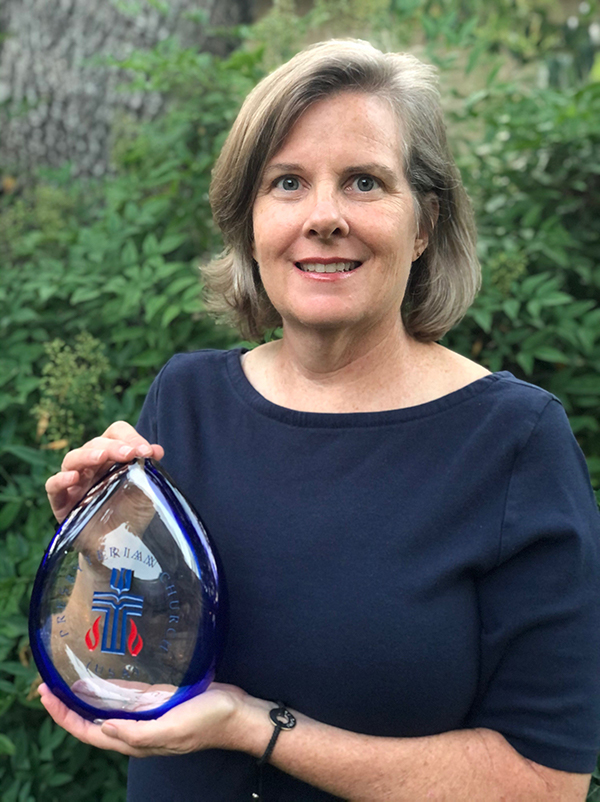 Through webinars, videos, newsletters, and other educational tools, Hollas works to encourage congregations to get more involved in their communities to end gun violence and restore safety to citizens.

Hollas says she grew up in a gun culture family, but it wasn’t until guns were allowed on college campuses that she began to see a need to get involved.

“If you manufacture guns, you need to create demand for your product and need to get new customers. There is no doubt that this pandemic showed an increase in gun sales,” Hollas said. “I think we, as Christians, can be a witness to the kingdom of God and show people that there are other ways to be safe, like building community, supporting one another, loving our neighbors. Guns do not make it safer.”

“We provide support in the form of congregational toolkits, monthly e-newsletters, webinar series co-produced by the Presbyterian Peacemaking Program,” she said. “We often see our role as a personal resource. How can we have difficult conversations, to be a listening ear and sounding board with people who are struggling within their own context?”

The pandemic has created some challenges as far as education is concerned, but Hollas says they’ve been working to address them.

“We are starting to develop online resources and create videos people can download. There are Zoom meetings now that congregations are up-to-speed on using these tools. Having face-to-face is no longer a barrier,” she said. “I actually have a wider connection with people because it doesn’t involve travel. We can actually reach more people, more congregations and get them willing to talk about this. People have been afraid that a controversial issue like this will upset people. You can’t be afraid anymore. We need to take courage and have hard conversations and live into what our faith calls us to be and that’s peacemakers.”

Hollas believes that with continued persistence, the church can make a difference.

“We have to make gun violence prevention a number one priority at the polls. We have got to take seriously the access to these weapons of death and the church has to serve as a witness to the kingdom of God. We want a world free of gun violence,” she said.

“Deanna Hollas represents the seriousness of the PC(USA)’s commitment to eradicate gun violence. Her role as the first ordained Gun Violence Pastor is indicative of the growing movement within congregations to address the stark realities of gun violence in our nation,” said Nelson.

Don Gaffney was ordained as a minister with the Disciples of Christ. Although he didn’t envision himself as a full-time minister, he says God had a way of “pushing and nudging” him in that direction. He says he didn’t become an advocate for gun safety until the mass shootings at his alma mater, Sandy Hook Elementary School in Newtown, Connecticut. As many as 26 people were killed, including 20 children, when a gunman walked into the school in December 2012. 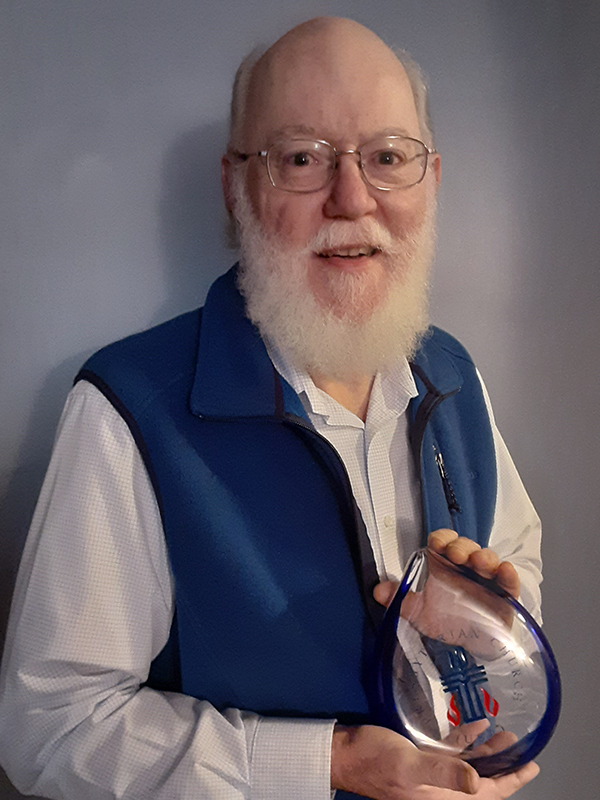 “When that happened, I was intimately familiar with that school from my childhood. My father was a high school teacher, so we had a connection with that town forever. That struck me at a very visceral level,” he said. “I was part of the grieving diaspora as I called it. Back then, Facebook was just getting launched and we were able to reconnect with a lot of childhood friends and we grieved together.”

A few months later, Gaffney was attending a clergy retreat when he says he was convicted that remaining silent was being complicit to the status quo and felt the need to do something. He moved toward gun violence prevention.

“I looked at various denominations and saw what they had or had not done. I was impressed with what the Presbyterian Church was doing,” he said. “As I went forward, I tracked gun rights and gun control groups on social media, reading resources that were available through those groups, started doing workshops and started conversations to get beyond the posturing and rhetoric that were so prevalent.”

Gaffney has been heavily involved in pushing for gun violence prevention resolutions at the regional and national level.

“I encourage people to look around to see what their affinities are. My ministry always grew from personal history and that’s how we can best serve. Look at your personal history, there are certain things you might feel called to do in a general sense,” said Gaffney. “This issue might be an avenue for getting involved, whether organizing political action, encouraging education, any of those types of things. That’s part of finding where you might fit.”

Gaffney is also the author of "Common Ground: Talking About Gun Violence in America."

“Everyone has an opinion on what that entails. But they appreciate that I see them as people and am willing to listen to them and encourage them in being responsible as opposed to saying we need to control the guns,” he said. “To me, the gun is the presenting problem, but the real problem is violence and our culture of violence, the concept of redemptive violence that it takes a good guy with a gun to stop a bad guy with a gun.”

Until recently, the Reverend Jim Atwood was an avid hunter. He loved the sport. While serving as a missionary in Japan, the Presbyterian pastor found having a gun in the country required a lot more red tape than in the U.S. 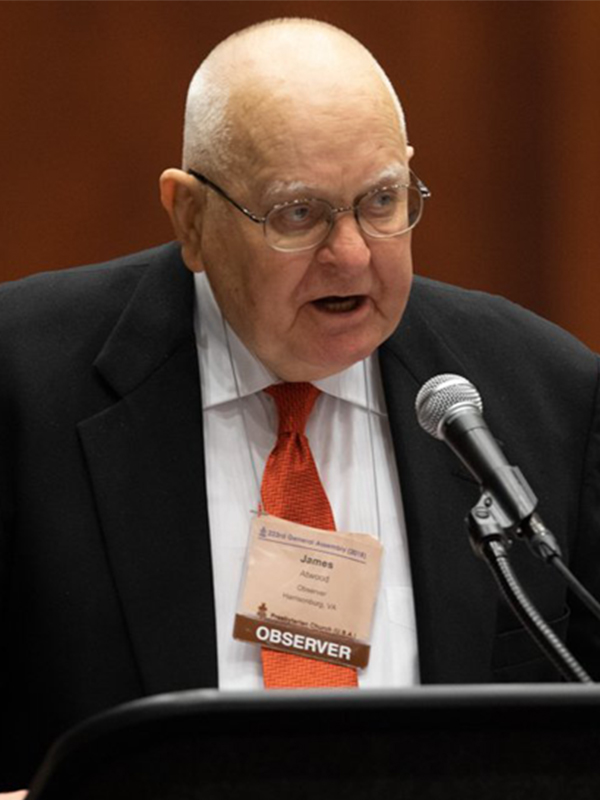 When he arrived and approached the customs desk, he was told he would have to surrender his gun until he went through a series of processes.

“If I wanted to get my gun back, I had to do three things: get a statement from a medical doctor that I was physically and mentally able to use this gun and I would have to pass a hunting/gun safety course and buy two licenses,” he said. “I was really ticked off. I bought my gun out of a Sears & Roebuck catalog. But it suddenly dawned on me after reading newspapers and listening to TV, there were no account of gun deaths because Japan had such good controls over their guns. Tokyo is the largest city in the world, and in my final year there, there was only one death by guns.”

When Atwood returned to the U.S. as a pastor that same year, he says the U.S. reported more than 35,000 gun deaths across the country. But it was the tragic loss of a charter member of his church that led him to become an advocate for gun safety.

“I trace my real involvement to a statement made in 1990 by the denomination that the faith community must take seriously the risk of idolatry that comes from an unwarranted fascination with guns and violence and overlooks and ignores the social consequences of their misuse,” he said. “We have seen a growth of callousness where people want to solve their problems with a gun and by saying, 'I’m stronger or more powerful than you.' They want to believe in force as the most effective agent of change or safety or security and this is not the way we read the New Testament or follow Jesus, who was a loving savior and told us to love one another, not defend ourselves against one another.”

Atwood says his group has never tried or said that they are out to take people’s guns, adding that they are in this as a faith community to protect and save human lives.

Atwood says there is nothing more spiritual than a human being who is made in the image of God.

“A human being who is a precious child of God and is a brother or sister, whom Jesus commanded us to love. You don’t get more spiritual than that,” he said.

Atwood has authored books: "Collateral Damage," "Gundamentalism and Where It Is Taking America," and "America and Its Guns: A Theological Exposé."

“The Newtown shootings taught us as a nation about the seriousness of mental illness and gun violence,” said Nelson. “Children have been at the center and parents lamented while asking Congress to do something about gun violence. I am moved by the actions of our sisters and brothers we honor today, for their commitment to the PC(USA), but more importantly, their commitment to end this senseless violence.”