The Assembly Committee on Business Referral got the 225th General Assembly out of the starting gate Saturday morning by approving a handful of routine business items. 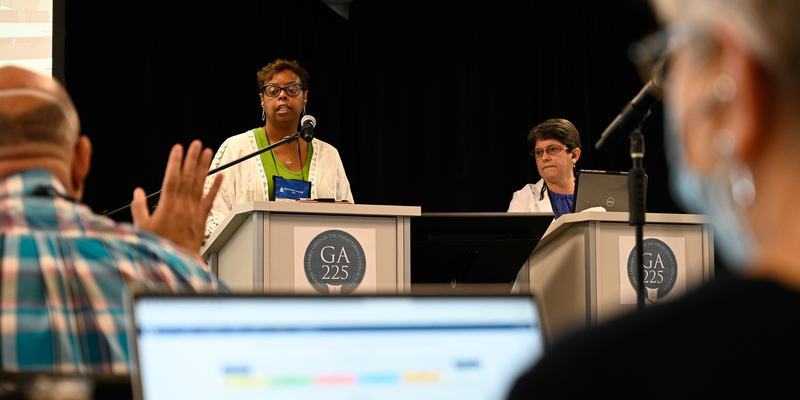 The moderator and vice-moderator of the Bills and Overtures Committee, Cristi Scott Ligon of the Presbytery of Middle Tennessee and Iris Santoni Ortiz of the Presbiterio Del Noroeste, presided over Saturday’s brief meeting, which preceded opening worship.

Among the items of business approved by the committee: