Plenary 3 at the first day of the General Assembly

During the third and final plenary of the opening day of the 225th General Assembly, commissioners and advisory delegates completed their responses to questions from the General Assembly Committee on Representation (GACOR), heard video presentations from the Presbyterian Investment and Loan Program and finished with a service of commission for Young Adult Volunteers and mission co-workers.

Diego Cordero opened the plenary with a video prayer in Spanish, taken from the PC(USA)’s prayer app, which Co-Moderator the Rev. Gregory Bentley encouraged others to use. 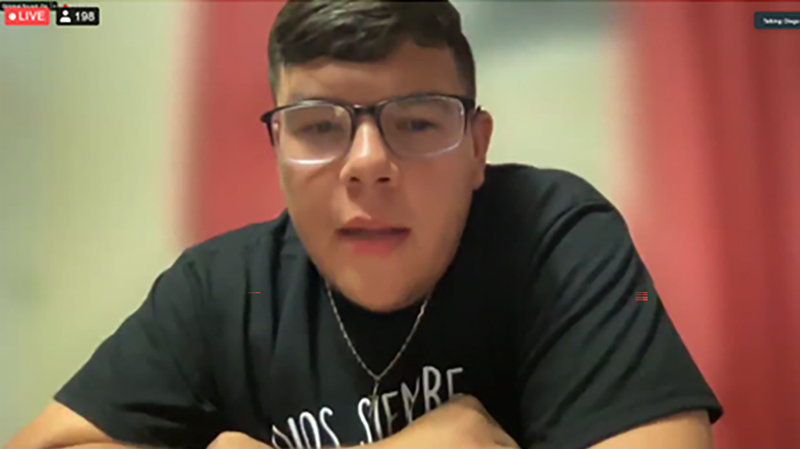 Co-Moderator Elona Street-Stewart shared a concern from the floor related to an earlier plenary, when it was noticed that some participants laughed during a presentation referencing disability. Street-Stewart reminded attendees of the equity primes the Assembly is emphasizing as a way to center equity and justice, even when the observations confront uncomfortable situations.

Following remote greetings from Israel Flores Olmes of the Spanish Evangelical Church, the Presbyterian Investment and Loan Program shared a video explaining the work it does and encouraging congregations and mid councils seeking support with capital programs to contact it for assistance.

A fourth and final question from the GACOR was shared, closing out their questions from the first plenaries: “On which race diaspora do you identify?” That question, like previous ones, sought to find out more about the composition of this year’s commissioners and advisory delegates. Responding commissioners showed the Assembly to be an overwhelmingly white gathering, with 255 of the more than 300 respondents identifying as White/European American. The second largest group was Black/African American with 37 individuals. 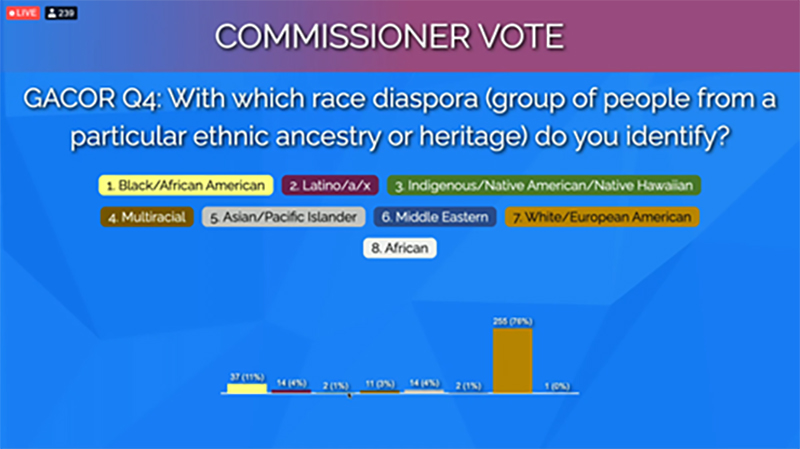 As with so much other business before the Assembly, the role of service commissions reached back to the last Assembly, when GA224 Young Adult Volunteers and mission co-workers were not afforded the usual recognition because of the truncated all-online format. This year’s hybrid Assembly — which is three weeks instead of the usual two — provides time for more such recognitions and services.

Mission co-workers were then commissioned around the world, with videos shared by mission co-worker leaders by region. The Rev. Dr. Diane Moffett, president and executive director of the Presbyterian Mission Agency, closed out the commissioning service with prayer. 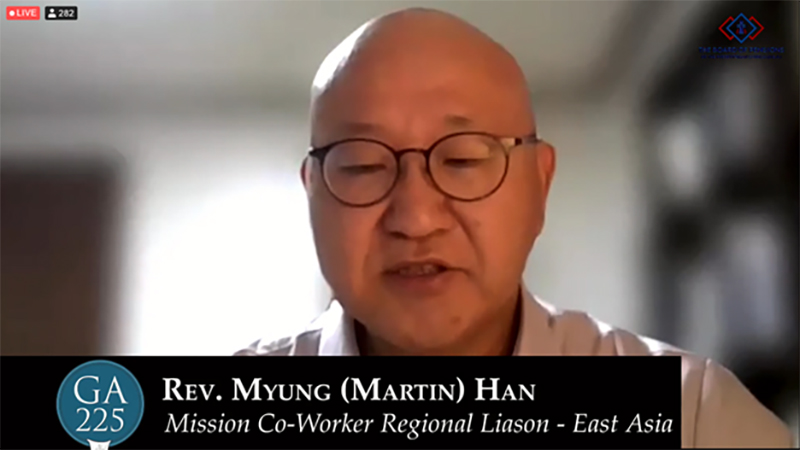 “Let us see one another and care for one another,” said Moffett. “Let us serve you with energy, intelligence, imagination and love.”

Inside the Assembly’s new conference space, and on screens around the world, the stage was now set for the last business of the day: the GA225 Co-Moderators election.