Compared to an all in-person gathering in Salt Lake City, the ‘Omega’ option will save $835k 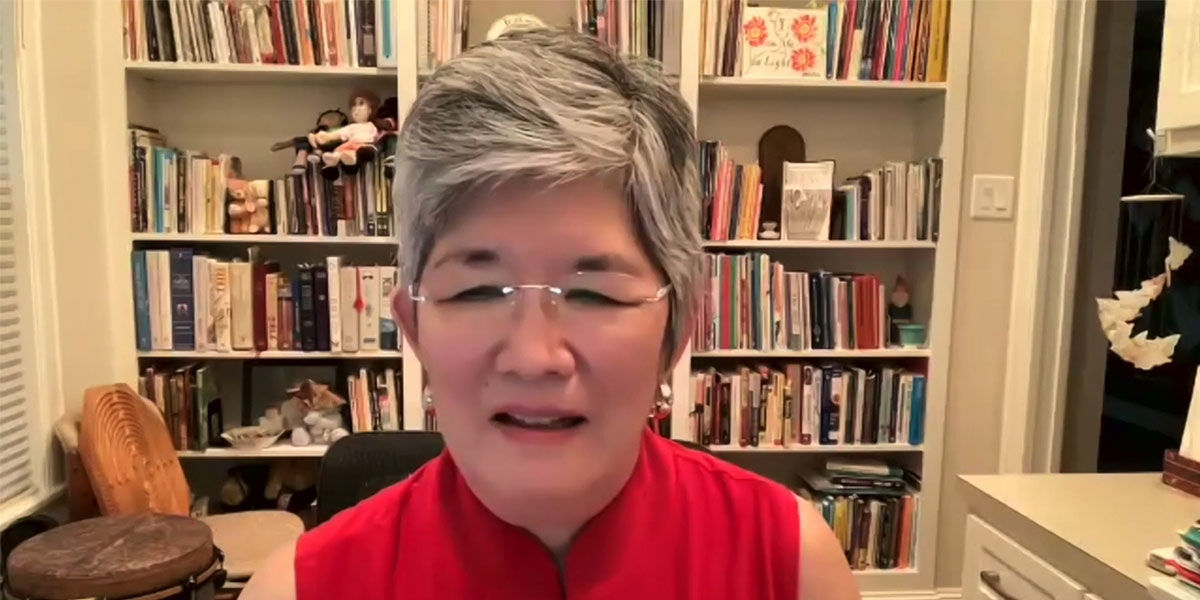 Meeting online Friday night, commissioners to the current assembly voted 268-105 in favor of the ‘Omega’ option as recommended by the General Assembly Ministry Coordination Committee, co-moderated by Anne Wilson of New Covenant Presbytery and Warren McNeill of the Presbytery of Northeast New Jersey.

“The General Assembly is more than simply a business meeting. Assemblies are gatherings of the whole church,” Wilson said while introducing GA-MC-15, On Determining the Format of the 226th General Assembly (2024), which came to the committee from the Committee on the Office of the General Assembly. “Therefore, we believe that all parts should be equally involved and all voices heard. Equal participation is where the Holy Spirit is calling us.”

Commissioners turned aside a pair of proposed amendments to the Omega option. One would have instructed COGA to treat assemblies 224 through 228 as “intentional experiments in formatting of the General Assembly in the future.” The other would have made GA226 completely in person.

Also approved Friday was GA-MC-05, Regarding the Creation of an Advocacy Committee for LGBTQIA+ Equity. Commissioners voted 310-51 in favor of the committee’s recommendation, which will create a permanent seven-member committee of the General Assembly and includes a half-time staff person. 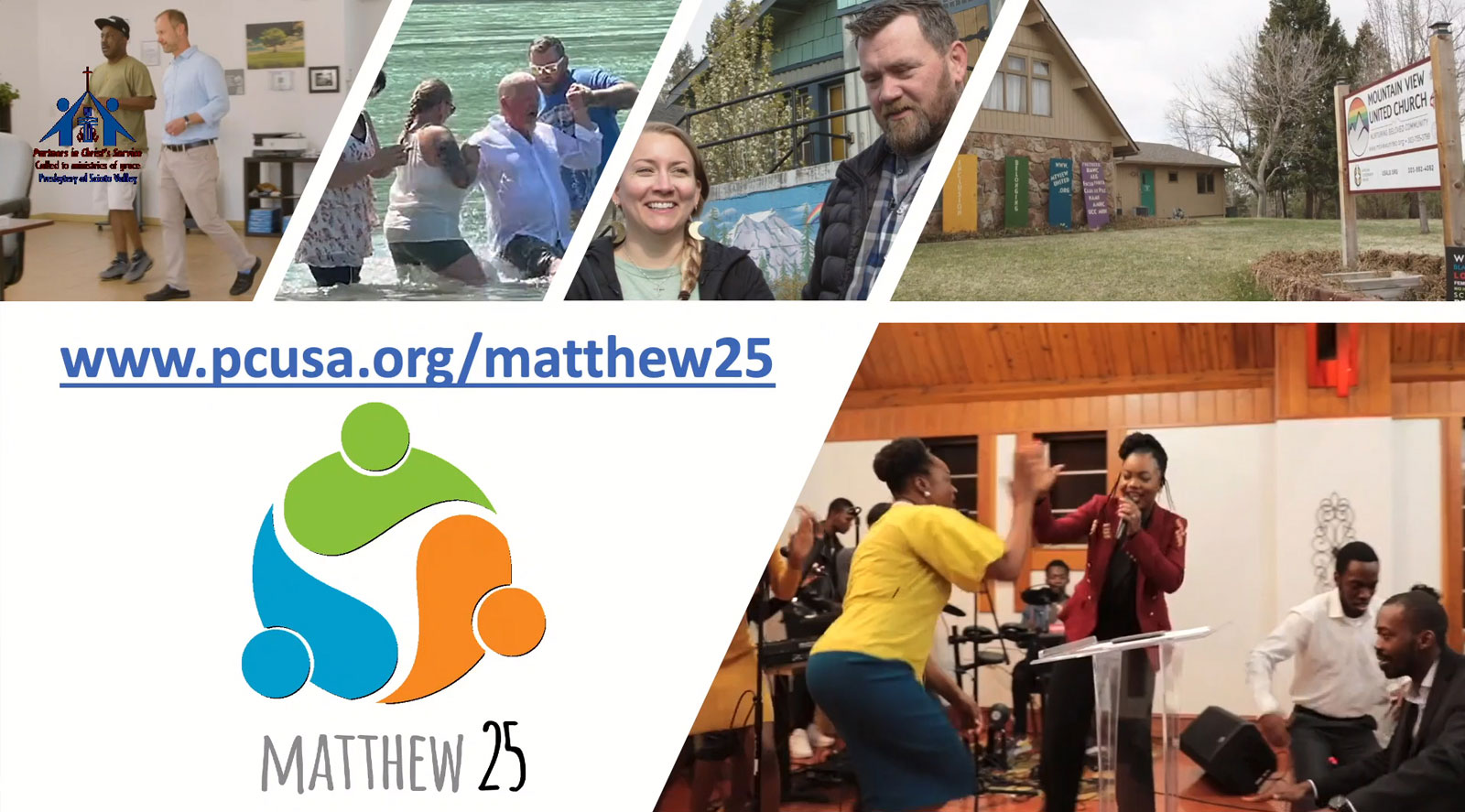 Presentation of the Presbyterian Mission Agency’s Mission Work Plan included highlights on the work of the Matthew 25 invitation.

Commissioners spent the first part of Friday’s final plenary discerning the second recommendation found in FIN-10, the report of the Special Committee on Per Capita-Based Funding and National Church Financial Sustainability from the Financial Resources Committee. Read a report on the first portion of commissioner action on that report here.

That second recommendation, which commissioners approved 344-12, directs the Co-Moderators to appoint a funding model development team to develop, recruit, implement and provide possible funding model experiments in conjunction with the commission approved Friday to oversee and facilitate the unification of the Presbyterian Mission Agency and the Office of the General Assembly. Taken together, the two actions have financial implications of nearly $125,000 over the next two years.

Under an amendment approved by a 266-76 margin, the funding model development team will include two Young Adult Advisory Delegates.

Commissioners also heard a presentation on the PMA’s 2023-24 Mission Work Plan, which they’d already approved as part of the consent agenda and can be found here.

The centerpiece of the Mission Work Plan, the denomination’s Matthew 25 invitation, “seems to be the right focus at the right time,” said the Rev. Dr. Diane Moffett, president and executive director of the PMA. “It seems to align with God’s Kairos time.”

Moffett noted that in recent weeks, Highland Presbyterian Church in Winston-Salem, North Carolina, came forward as the 1,000th church or worshiping community in the PC(USA) to accept the Matthew 25 invitation. 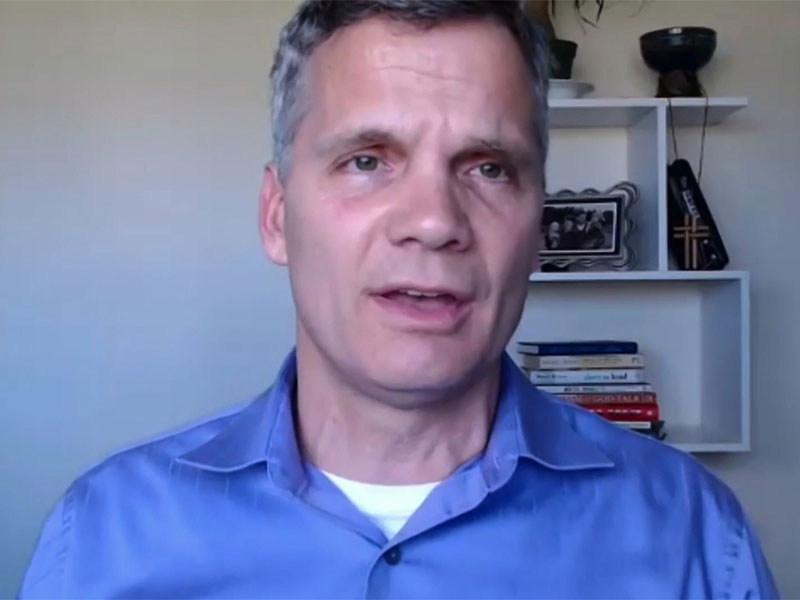 Dr. Corey Schlosser-Hall, deputy executive director for Vision, Innovation and Rebuilding in the PMA, presents the Matthew 25 invitation to the 225th General Assembly of the Presbyterian Church (U.S.A.) on July 8, 2022.

Dr. Corey Schlosser-Hall, deputy executive director for Vision, Innovation and Rebuilding in the PMA, presents the Matthew 25 invitation to the 225th General Assembly of the Presbyterian Church (U.S.A.) on July 8, 2022.

“The PMA’s reason for being is to grow and send disciples of Christ,” said Dr. Corey Schlosser-Hall, deputy executive director for Vision, Innovation and Rebuilding in the PMA, who then quoted something Moffett often says: “God provides provision for the mission.”

“Your story,” Schlosser-Hall said, “will inspire others.”

The two also shared an update on new worshiping communities. Of the nearly 700 NWCs established since 2014, more than one-third are communities of color. “We are starting to see the church we hope to become emerge,” Schlosser-Hall said.

In addition to PMA mainstays including World Mission and Racial Equity & Women’s Intercultural Ministries, the Mission Work Plan includes establishment of two new ministries: the Center for the Repair of Historical Harms and the Office of Innovation, Futuring and Discernment.