Salvador Gavalda, co-moderator of the Vision 2020 Committee, makes a presentation to the fifteenth plenary of the 225th General Assembly of the Presbyterian Church (U.S.A.) via Zoom on July 9, 2022, at the Presbyterian Center in Louisville, Kentucky. (Photo by Rich Copley)

Saturday’s first plenary, the 15th held as part of the 225th General Assembly, included a handful of attempts by commissioners to have the assembly reconsider previous action.

Nearly all were turned away, and commissioners approved the lone fresh item of business it was given to consider, Recommendation 1 of MOV-02, which moves Mission Engagement and Support from the Presbyterian Mission Agency to the Administrative Services Group within the Presbyterian Church (U.S.A.), A Corporation.

Just before granting approval, commissioners turned down a motion to refer the recommendation to the commission it approved Friday, a commission that will oversee and facilitate the unification of the Office of the General Assembly and the Presbyterian Mission Agency into a single agency. That motion to refer was defeated by a count of 213-149.

Commissioners also heard a presentation by the Rev. Sabrina Slater and Salvador Gavalda, co-chairs of the 2020 Vision Team, who discussed the Guiding Statement produced by the Vision Team and approved by commissioners as part of the consent agenda. 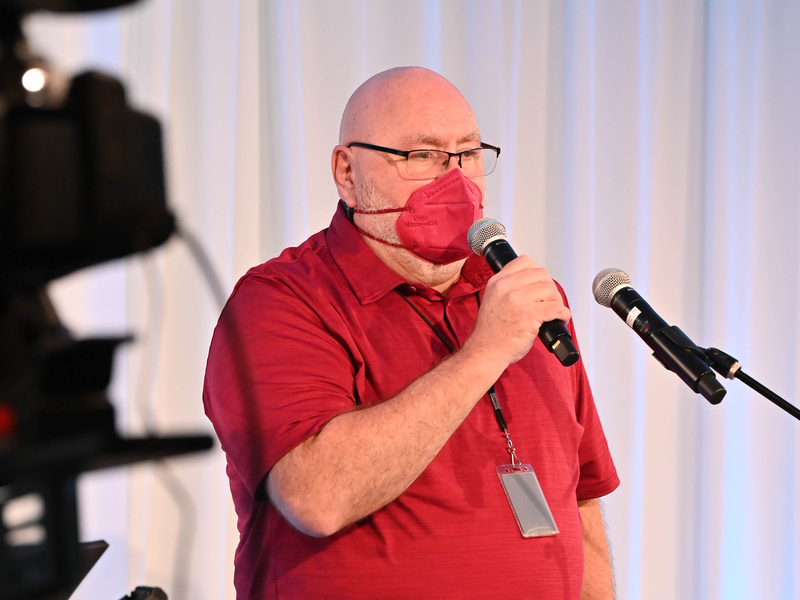 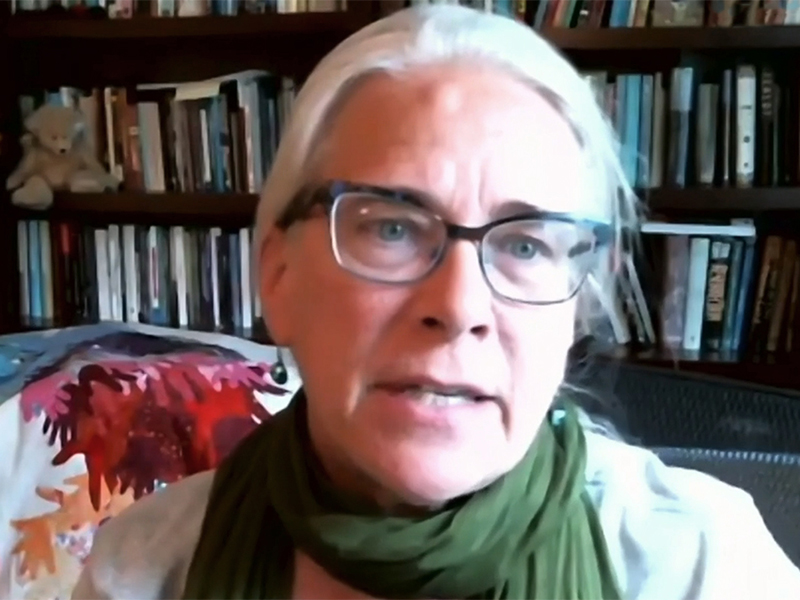 Debra Avery of the Moving Forward Implementation Committee responds question about MOV-02 at the 225th General Assembly of the Presbyterian Church (U.S.A.) on July 9, 2022.

Among the motions commissioners disapproved on Saturday:

After a motion to reconsider Friday’s decision failed by a vote of 226-155, Co-Moderators the Rev. Shavon Starling-Louis and the Rev. Ruth Santana-Grace demonstrated their pastoral skills before the body.

“I want to be very clear that what did not fail was a desire to listen to one another,” Starling-Louis said. “I know your voice is incredibly valuable. You are loved and you are seen.”

“We are dealing with a flawed process,” Santana-Grace said of online debate. “We want to lead from a relational place, and this confines us. The value of our advisory delegates cannot be overstated.”

The Rev. Dr. J. Herbert Nelson, II, Stated Clerk of the General Assembly, offered up a few words of encouragement at the start of Saturday’s first plenary.

“We aren’t in charge of the future. We have to live into it. But we can stay steadfast in believing,” Nelson told Presbyterians and others watching on Zoom and via livestream. “The Lord has been good to us throughout all these times — even in times of learning to love all over again. Let us be blessed to once again take a breath (Nelson inhaled audibly here) on this side of heaven. Let us walk by faith and not by sight.”