The small group talks focused on the commission tasked with unifying the Office of the General Assembly (OGA) and the Presbyterian Mission Agency (PMA), specifically the ways traditional duties and values of COGA and OGA create opportunities for unification and challenges.

COGA began meeting Wednesday, with sessions welcoming new members, looking at survey results from participants of the 225th General Assembly and discussing two possible formats for the next General Assembly.

Between Friday morning’s conversations, Deputy Stated Clerk Kerry Rice provided updates on two business items from GA225 that COGA has been directed to respond to, as well as a third item it may be asked to work on:

COGA is OGA’s oversight board. The Rev. Dr. J. Herbert Nelson, II, Stated Clerk of the General Assembly of the PC(USA), is a corresponding member.

While speaking about the entire church, his remarks alluded to the renovated space in the Presbyterian Center where he and most of the meeting’s attendees were gathered. Nelson touted the state-of-the-art conference space as a Louisville example of “doing church in a new way.” 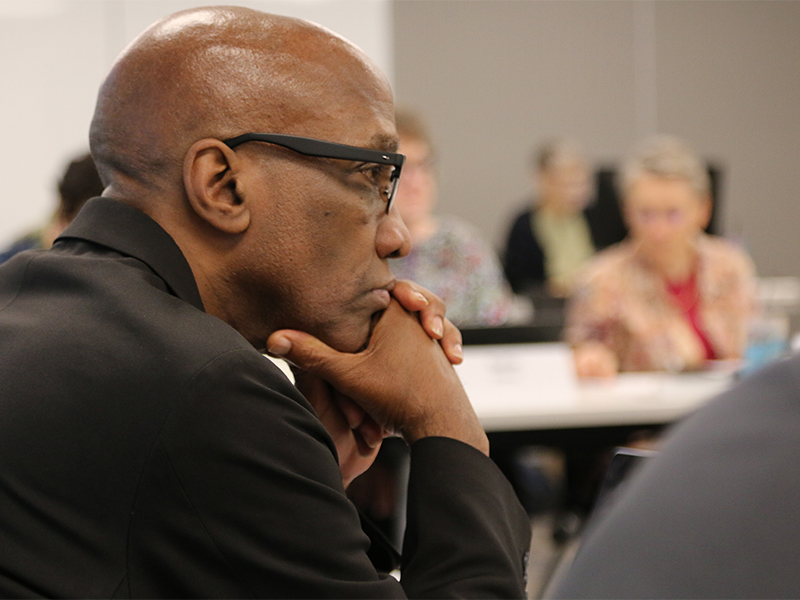 “How do we encourage more deep thinking about transforming church?” he asked the group, including ways to better equip seminarians for ministry in the 21st century and equipping congregations to engage online and with local communities outside worship services.

“How do we strengthen our mid councils, our congregations, our seminaries — those deepest places where the gospel is carried?”

COGA representatives agreed that the church is witnessing unprecedented change, including a shrinking Christian population in the United States and a wave of pastor resignations.

“It can sometime seem like a dismal reality,” Nelson said. “But it’s the way of the world. We’re having to retool. Change has always been hard. But change is also the thing that has allowed us to adapt.”

Teaching Elder Eliana Maxim, COGA moderator, said, “Perhaps some of the reformation we are experiencing now is the church being called out.”

“There are things COGA and OGA can do to help struggling congregations,” said Teaching Elder Stephanie Anthony, COGA’s previous moderator. “Additional resources, and education, would be really helpful.”

Other COGA members looked forward to a change in attitude at many church councils, from discussions that begin with “We have to …” to “We get to…” 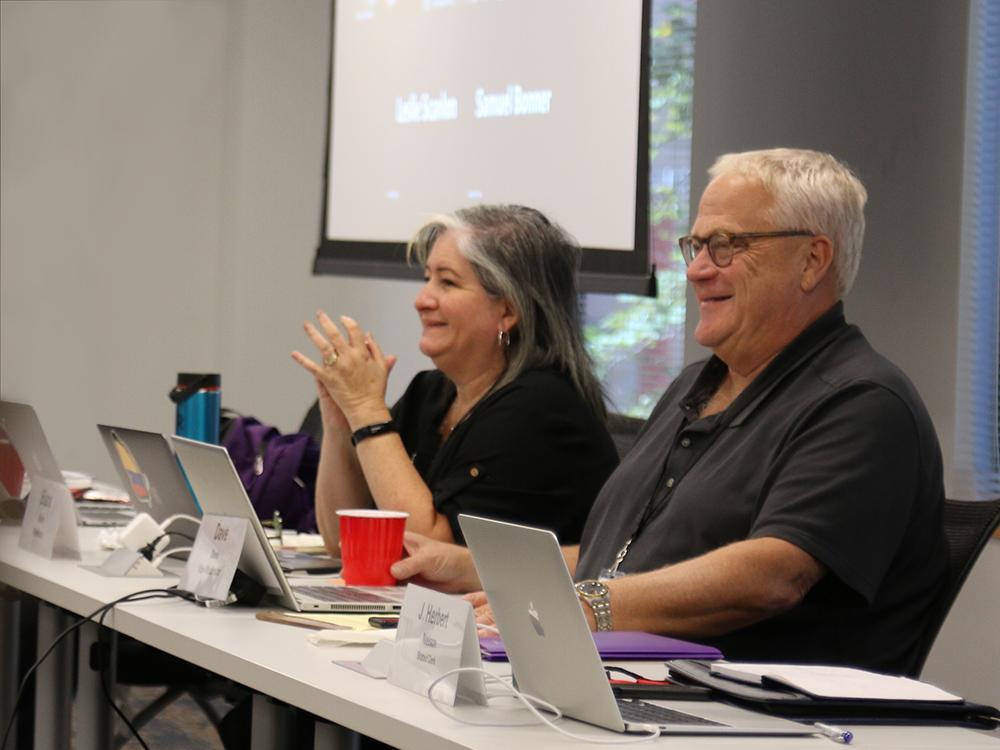 After Rice mentioned the GA items of business, with Tricia Dykers-Koenig, Associate Director for Mid Council Ministries, speaking to MC-12, small groups discussed the OGA-PMA unification commission and how that process could connect to COGA’s current work and values.

Multiple speakers identified OGA values of inclusion and diversity, strong support to mid councils and committed communication to the church about General Assembly planning and decisions. Shared questions about unification included who would constitute future leadership roles, who in leadership would speak for the wider church and how the church will coordinate to support congregations of color.

Staffing was another question, with members agreeing that unification would not mean less work, just a shifting of responsibilities and elimination of redundancies. Anthony looked forward to unification breaking down the sense that the church’s work can be split between administration and ministry.

Regarding future work, he reminded COGA members that the GA Nominations Portal is open, and that a number of committees and commissions (including the unification commission) are accepting applications. valerie izumi, Assistant Stated Clerk and Manager for GA Nominations, said the deadline for special entity applications is October 14.

Rice hoped that the unification commission will be formed by December, with the first meeting to be held online that month. The first in-person gathering is expected to happen after the new year.

Maxim closed the meeting after announcing members of COGA’s coordinating team. At the October meeting work groups will form.

“There is a lot before us business-wise,” she said. “We are all going to have to pull our weight.”