Encouraging discussions about Presbyterians joining together as one community of service

On Sunday January 22, Presbyterian Church (U.S.A.) congregations have the chance to “discuss why we do per capita,” said Kate Trigger Duffert, Manager of General Assembly Business and Per Capita in the Office of the General Assembly (OGA). “Per Capita can be hard to talk about and in the weeds. Per Capita Sunday is an invitation to share experiences and resources that can inform those discussions.”

For 2023, staff members of OGA, the Presbyterian Mission Agency (PMA) and the Administrative Services Group (ASG) teamed up to develop Per Capita Sunday materials for use during church services, including a liturgy, Matthew 4:12-23 Lectionary Text and leader testimonial videos. 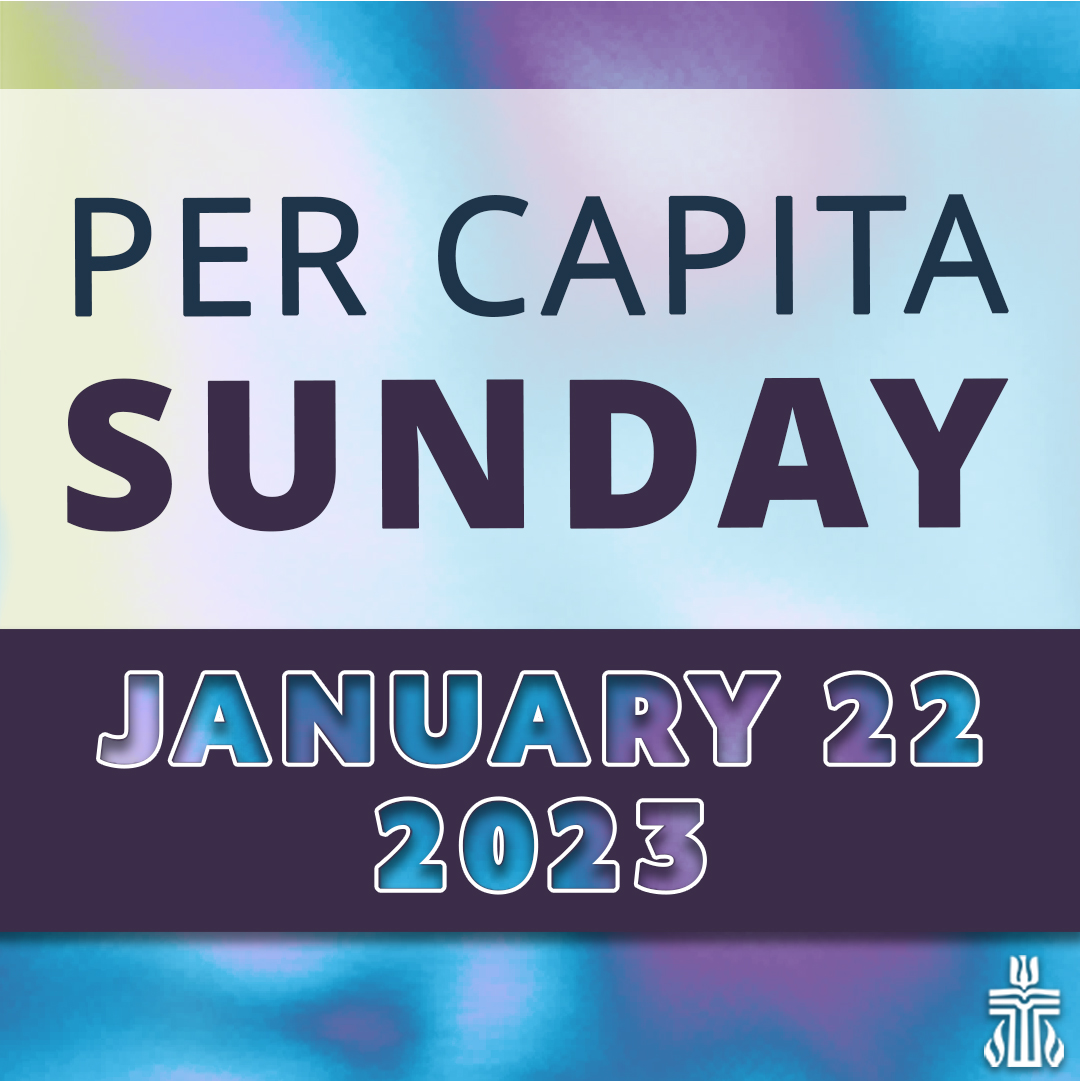 The materials can be accessed from the Per Capita Sunday web page and used in an array of contexts. “Churches can adjust the materials however they want,” Trigger Duffert said.

According to the Per Capita Annual Brochure, commissioners to each General Assembly approve a denominational per capita rate for the next two years “based on member statistics submitted by mid councils, ongoing work supported by per capita and any actions taken by the current assembly which require additional financial support … Ultimately, all ministries funded by the per capita rate are the result of assembly actions.”

The denominational per capita rate approved by the 225th General Assembly (2022) is $9.85 for 2023 and $9.80 for 2024; between 2018 and 2022, the rate increased by $1.25. Per capita dollars directed to the denomination account for around a quarter of the total per capita contributed, with the rest going to mid councils and their ministries.

“Per capita is a funding stream that came from the belief that God is calling us to work together,” Trigger Duffert said. “Per capita is rooted in Presbyterian theology and is much more than a tax or funding model. It’s a statement of what our values are.”

She praised the partnership among agencies that developed the Per Capita Sunday materials, including a hymn written by Dr. William McConnell, previously of Mission Engagement and Support (MES) in PMA, an office moved into ASG by last summer’s Assembly. “The partnership shows us working together to support not just the General Assembly but all of the church. MES has helped us connect to mid councils and congregations to better understand what per capita means to them.”

Video: “Blessed Be the Tie That Binds,” from Per Capita Sunday page.

Per Capita Sunday takes place during a season when many congregations are holding budget discussions and examining ways their financial support advances ministry and mission, Trigger Duffert explained. The liturgy that she wrote includes scripture from Matthew about Jesus calling the fisherman, making disciples of people.

“The lectionary text looks at being called and invited into community. Doing something bold and new through per capita is one way we answer that call,” Trigger-Duffert said.