As the host of the first online General Assembly, Presbytery of Baltimore takes its work seriously while still having fun 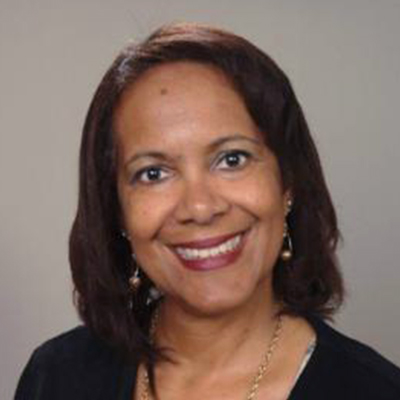 “We were planning a warm welcome,” said the Rev. Dr. Jackie Taylor, general presbyter of the Presbytery of Baltimore, describing the embrace that commissioners and other attendees of the 224th General Assembly would have received had COVID-19 not put plans for an in-person assembly on ice.

But ever since the decision was made to hold the first online assembly in the long history of the Presbyterian Church (U.S.A.) and its forebears, “the Committee on Local Arrangements and I have been getting excited to be the first presbytery to host an online General Assembly.”

Commissioners meeting online beginning June 19 will still receive the customary swag bag, as well as welcome cards hand-written by churches in the nine counties that comprise one of the nation’s most historic presbyteries. Online GA worship will be based on the liturgy developed earlier for planned in-person worship, with Baltimore-area residents, Taylor included, contributing video snippets to worship services.

“Our worship team rose to the occasion,” Taylor said. Choirs will sing during both opening and closing worship thanks to what Taylor called “some creative software.”

Viewers will also be treated to programs that would have been featured front and center in Baltimore City later this month: The Center, established as the centerpiece of the Hands & Feet Initiative created by the Rev. Dr. J. Herbert Nelson, II, Stated Clerk of the General Assembly of the Presbyterian Church (U.S.A.), and Youth Rising, a Baltimore-based young people’s entrepreneurial effort.

“We are a diverse bunch,” Taylor said, “who bring a lot of gifts and talents to the presbytery. Those folks have channeled their creative energy and have been clear about offering solutions. It’s work they have done for three years. Some of it went by the wayside, but some of it is being incorporated” into the online assembly, she said.

The 30 or so members of Youth Rising, an enthusiastic band of Baltimore-area entrepreneurs ages 14-24, will present their work online at 3 p.m. June 23. According to Taylor, a Youth Rising car rally is being planned in what might be described as the organization’s roll-out event, with social distancing being observed at all times.

“Our high school and college youth are doing amazing work in their communities, and you don’t hear enough about it in the press,” Taylor said. “It’s a problem in Baltimore and nationwide.”

The wares sold by the young entrepreneurs will be available through the assembly’s online marketplace.

“These are very talented youth, and this is their chance to shine,” Taylor said. “I’m going to strongly encourage everyone to tune in.”

She said she and the thousands of people who’d planned to attend the assembly in person will miss a social justice tour that had been planned. Those tours are a mainstay for The Center, which when it’s hosting out-of-town youth and other church groups takes them around to Baltimore sites where, for example, immigrant rights actions are taken, or churches have partnered with community organizations to care for their neighbors.

“The Center is a real beacon of light in Baltimore City,” she said, for the many groups and churches that participate in The Center’s ministry through their visits.

And speaking of visiting: It’s OK by Taylor if commissioners and others who had planned to be in Baltimore later this month to one day visit the presbytery, which is in northern Maryland and has churches large and small, urban and rural and in-between.

“Baltimore is a great place to visit, a great place to serve within the bounds of our presbytery and a great place to live,” she said. “People here are committed to their communities. They’re warm and welcoming. We have everything that folks would want if they came for a visit or wanted to get involved in justice ministry.”

“We are a one-stop presbytery for mission and ministry, and we have some of the most committed congregations you’ll find,” she said. “We want to be on the frontlines of any discussion about racial justice and peace, in our community and in the church at large.”

Beginning at 7 p.m. Eastern Time June 19, the 224th General Assembly will be livestreamed here and here.